Take Five With Chef Ron Siegel, On the 10th Anniversary of His Historic “Iron Chef” Triumph 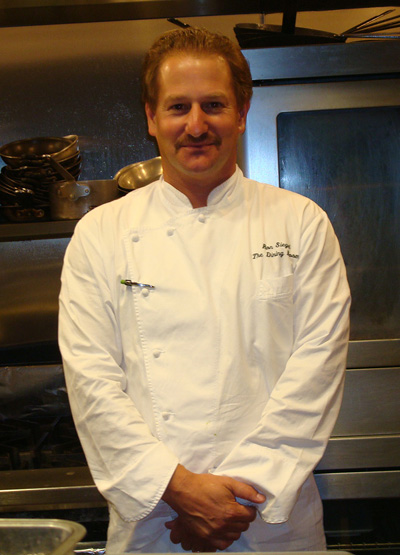 It’s hard to believe that it will be a decade this Labor Day weekend that Chef Ron Siegel made history, becoming the first and only American to ever beat an “Iron Chef” on the original Japanese-version of that wildly popular culinary TV show.

Siegel, now the celebrated chef of the Dining Room at the Ritz-Carlton in San Francisco, walked into Kitchen Stadium, having never really followed the show, and not fully realizing the magnitude of what was to come. The Japanese also underestimated their American challenger. Siegel had quite the credentials already, having cooked at Aqua in San Francisco and Daniel in New York. The former opening sous chef for the French Laundry in Yountville, Siegel was then the chef of the well-regarded Charles Nob Hill in San Francisco. Even so, the producers of the show feared he wouldn’t even complete any dishes.

But when “Battle Lobster” ended, Siegel had not only crafted five dishes, but food so spectacular that he emerged victorious over Iron Chef Hiroyuki Sakai. His life, and his cooking, was forever changed.

Even today, diners still come up to shake his hand and congratulate him. And the video on YouTube of the epic battle has attracted more than 4,800 viewers.

You might expect Siegel to be an avid fan of today’s crop of reality-TV cooking shows, but you’d be wrong. Still, he came this close to being on the first season of “Top Chef” _ not as a competitor, but as a judge. In the end, though, the producers went instead with Fleur de Lys in San Francisco as the setting for the first challenge.

Fame, apparently, has not gone to his head. The Dining Room’s pastry chef, Alexander Espiritu, who has worked with Siegel for four years, says, “I’ve never worked with any other chef whom I got along with so well. The most important thing I’ve learned from him is to relax. As Ron always says, ‘Don’t worry, it’ll happen.’ ”

I caught up with the 42-year-old, father-of-four last week when he was the guest chef at a special heirloom tomato dinner at the Cliff House in San Francisco. Siegel had me in stitches, chatting about Iron Chef, his years at Palo Alto High School, and of course, tomatoes.

Q: Would it be fair to say that if you had never done “Iron Chef” that your style of cooking might be quite different today?

A: Yes. I think I probably would have matured enough to let other influences in. But I never would have gone to Japan five times like I did, and learned so much about the food and culture there. The passion the Japanese have for food is just incredible.

Q: What do you think when you look back at your Iron Chef battle?

A: I would go back and do that show again in Japan. I wouldn’t do the American version, though. I don’t think it’s as good. That’s what happens when Americans remake things. “La Femme Nikita” is a prime example of that. I just hope they never remake “Babette’s Feast.”

Q: If the Japanese “Iron Chef” show was still around, who would you choose the next time around to battle?

A: Sakai again. He’s amazing. I remember when I first met him. I was in a suit, and he comes in, wearing this warm-up jacket. I don’t know how old he was then, but the guy was ripped. He looked like Rocky Balboa. And he was just so polite.

Q: So you’re not a fan of the newest cooking competition shows?

A: I saw “Hell’s Kitchen” a few times. Can they not pick someone who can cook on that show? I have seen “Top Chef,” but I don’t really watch it. Actually, I like the History Channel. And “The Shield.” It has nothing to do with cooking, but it was a good show! It was so violent and intense.

Q: You were recently on the Discovery Channel’s “MythBusters” show?

A: For all of 10 seconds. Or maybe 20 seconds. I was tasting steak. They wanted me to test whether if you blow up steak, it’ll taste more tender.

A: Well, they were such small pieces, it wasn’t always easy to tell.

Q: So what do you think about chefs being the new celebrities?

In 1991, you couldn’t get a job as a cook. If you did, it was $7 an hour. When I was growing up, Jimmy Page and Jimi Hendrix were my idols. Or Kenny Stabler. I once saw him throw a touchdown pass on his knees. 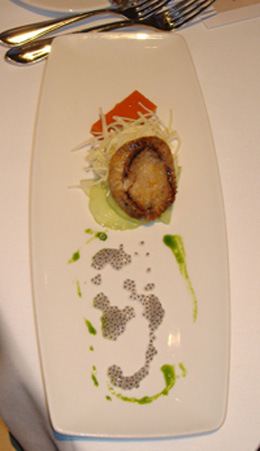 Q: What do you love about heirloom tomatoes?

A: The fact that they’re only around for two or three months a year, and that they’re good with everything. Plus, a good tomato can stand on its own, too.

Q: You grow tomatoes at your house in San Anselmo?

A: I have 14 tomato plants now. I once had 40, but my wife got so mad because they were all cross-pollinating. It’s also a lot of work taking care of so many plants, especially if you’re lazy like me and don’t have a watering system.

Q: What’s your favorite way of enjoying a perfect tomato?

Q: What else do you grow in your yard?

A: I’m really into flowers now. There’s something about a beautiful flower. It almost looks unreal. I grow sunflowers, honeysuckle, roses, and lavender.

Q: Earlier this year, you, Ritz-Carlton sommelier Stephane Lacroix, and San Francisco businessman Carl Pascarella almost bought the former Myth restaurant in San Francisco to open your own restaurant? But when the economy tanked, so did that deal?

A: Yup. I’m worn out. I’ve been through a bad pregnancy. But in the end, it’s all good. It wasn’t meant to be. I wouldn’t trade how my life has gone just to have opened up my own restaurant.

Q: So you went to Palo Alto High School?

A: I left in my senior year, when I was 17. I think I have a diploma, though. I knew I wanted to be a butcher. Those guys party all the time.

Q: Back in high school, you were a bit wild?

A: My older brother is a principal. He is so smart. He said if I pulled what I did at Paly at his school, I’d have been thrown out. I remember when I followed him in school back then, taking the same classes, the teachers always would say to me, ‘You cannot be related. It’s not possible.’

Q: Back in high school, if someone would have told you that you’d someday grow up to be a four-star chef, what would you have thought? 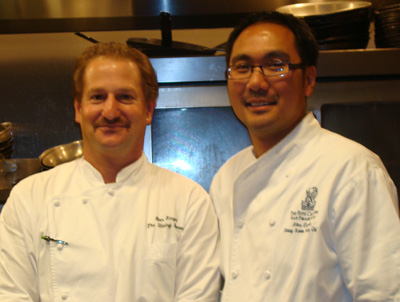