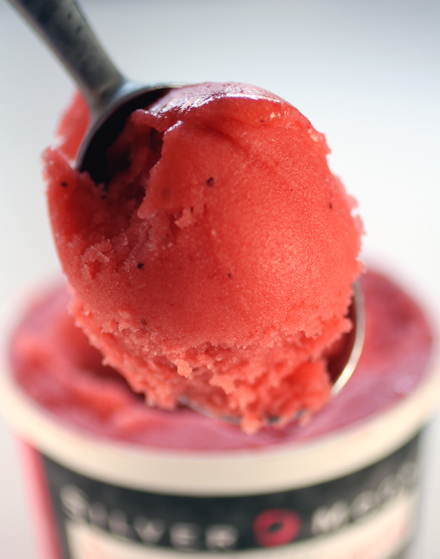 Working a dozen years in the topsy-turvy industry of high-tech in Silicon Valley is enough to drive anyone to drink.

For Sheri Tate, though, it drove her to ice cream — laced wickedly with liqueurs.

Tate traded high-tech for artisanal ice cream three years ago, when she launched her Los Gatos-based company, Silver Moon, a purveyor of ice creams and sorbets made with high-end liqueurs.

Tate has a long fondness for ice cream. She made the hand-cranked stuff for years just for fun. Friends and family were so enamored with her concoctions, they urged her to start selling it. 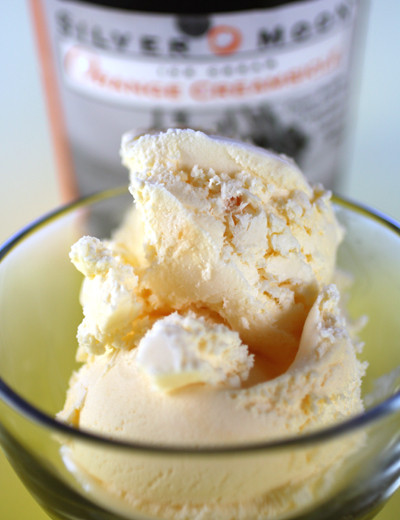 And so she did, combining two of her after-dinner favorites — dessert and liqueur all in one.

The ice creams and sorbets I tried were all wonderfully creamy and smooth. To me, the subtle alcohol-taste, which gives this line such a distinct flavor, came through more in the ice creams, rather than in the sorbets, which tasted mainly of fruit (which is not necessarily a bad thing at all).

My favorites were the “Praline Irish Cream” made with lush Irish liqueur and candied pecan pralines; the “Creme de Mint Chip,” which reminded me of an old-fashioned grasshopper pie (remember those?); and the “Orange Creamsicle,”  a blend of creme fraiche, candied orange peel and Cointreau, which brought back fond memories of 50/50 bars, those childhood frozen popsicles of vanilla ice cream enrobed in bright orange sherbet.

Who can resist such flavors that are so fun, light-hearted, and yet a little naughty, too?