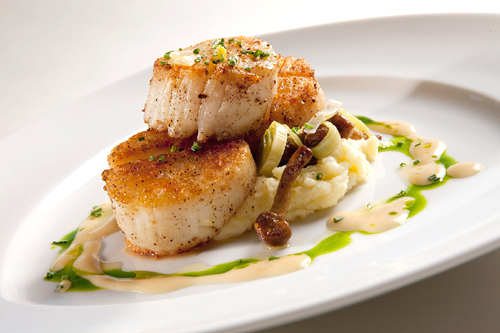 Guests can sidle up to a mahogany bar or take a seat in the main dining room with its wall of windows affording breathtaking views of the Bay.

Following on the heels of sister establishments, Meritage at the Boston Harbor Hotel and Le Meritage at the Maison Dupuy in New Orleans, the Berkeley locale features an extensive wine list to go with its seasonal, contemporary California cuisine.

The nicely designed menu lets you order dishes in either small or large plate sizes. Dishes also are characterized by wine characteristics so that you can easily pair a dish to a particular varietal you’re fond of. For instance, the ahi tuna tartare with crispy rice, marinated cucumbers, sesame and ginger ($13/$25) is listed under “fruity reds.” 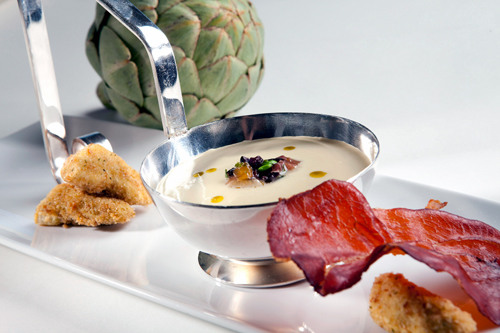 Beard Papa fans will rejoice that another branch of the popular Japanese cream puff bakery has opened — this one at 365 2nd Ave. in San Mateo. 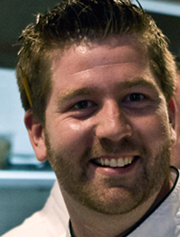 Healdsburg’s Dry Creek Kitchen also has a new chef de cuisine at the helm — Dustin Valette, who worked previously at Aqua in San Francisco and Bouchon in Yountville.

The Sonoma County homeboy already has instituted a new Thursday night winter winemaker series. The once-a-month, four-course dinner is paired with wines from a local winery. Price is $105 per person. For a schedule of upcoming featured wineries, click here.

Join 29 of the country’s most prominent chefs as they participate in cooking demonstrations, receptions, and gala gourmet dinners. The series is broken up into eight separate sessions, each featuring a different roster of chefs.

For instance, the kickoff session, Jan. 10-12, features the Ahwahnee’s Executive Chef Percy Whatley and Pastry Chef Paul Padua. They will be joined by Cal Stamenov of Bernardus Lodge in Carmel Valley, Matt Bolton  of Pacific’s Edge at the Highlands Inn in Carmel, and David Kinch of Manresa in Los Gatos.

Package deals with lodging start at $694 for the Yosemite Lodge at the Falls, and $998 for the Ahwahnee. Individual tickets to the gala dinners are $269 per person.  For reservations, call (801) 559-4949. For a list of all the participating chefs, click here.

Two new restaurants have opened in Berkeley. First up, eVe by husband-and-wife team, Executive Chef Christopher Laramie and Pastry Chef Veronica Laramie. The couple met as students at Le Cordon Bleu cooking school in Paris. Christopher Laramie went on to work at Everest in Chicago, and his wife at Charlie Trotter’s in Chicago.

The small 28-seat restaurant is all about traditional techniques and seasonal ingredients reborn with avant garde cooking styles and plating.

Dishes include halibut with endive, grapefruit, saffron and prosciutto; and cappelletti with pumpkin seeds, butternut squash and blood orange. Choose three courses for $33, five for $55, seven for $77 or a la carte dishes.

Next up, Gather at the David Brower Center opened this week in Berkeley. Reclaimed wood and other reused materials  that were — yes — gathered from around the Bay Area make up the interior of honey and sand hues. Old Sonoma high school bleachers were turned into banquettes and tables; and lights over the bar were fashioned from recycled vodka bottles.

The  restaurant is the brainchild of Bay Area food activists Ari Derfel and Eric Fenster, who eight years ago founded Back to Earth, an organic catering company. It features full, sit-down service, a separate bar, and an all-day cafe component with numerous to-go options.

Executive Chef Sean Baker has created a season-driven menu that’s 50 percent vegetarian. Non-vegetarians will revel in the house-cured charcuterie, crudo and meaty dishes such as pork cheeks with polenta and baby escarole.

San Francisco’s Perbacco has debuted a series of special dinner menus that focus on specific provinces within Piemonte. Through Dec. 24, the spotlight is on Torino a Tavola and the rich winter dishes of the region’s capital.

Highlights include gnocchi with nettles and truffled fondue, and slow-roasted goose with chestnuts. A four-course prix fixe is $45. Dishes also are offered a la carte.

The evening’s special a la carte offerings will pay hommage to the book with dishes such as “Private Reserve Fondue with Sonoma Toast.”

Also tonight, Acqua Pazza restaurant in San Mateo will host a fund-raising a champagne reception and dinner with Slow Food San Francisco Founder Lorenzo Scarpone. Half the proceeds from the $75 per person, four-course dinner will benefit the Galano Dairy Farm in Fosso, Abruzzo, which was destroyed in an earthquake in April.

Aqua Pazza Co-Owner Valerie Rosano’s mother will be flying in from Naples to help prepare an authentic Abruzzese menu just for the occasion, which includes homemade spaghettini with regional Abruzzo sauce.

Burlingame’s Medallion Steakhouse started a late-night Happy Hour, 10 p.m. to 11 p.m. on Friday and Saturday evenings, which includes grass-fed sliders on brioche buns for $3 each and signature Medallion cocktails for $5 each.

Additionally, the steakhouse is slashing wine prices in half on Sunday nights. 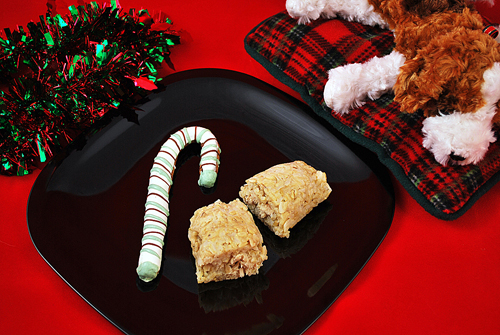 Lastly, your four-legged friends will get to indulge in something extra special on Christmas evening at Wag Hotels, the pet boarding and pet daycare facility in San Francisco.

Dogs will enjoy a treat of canine-friendly Christmas tamales and candy cane cookies especially made for them. The tamales are made of brown rice and boneless, skinless chicken breast flavored with rosemary, oregano and thyme. The masa is made of rice, and wrapped in corn husks. The cookies are made from rye flour, cranberries, cranberry juice and apple juice.

It’s a feast fit for Fido.