An upscale vegetarian restaurant, constructed of recycled and reclaimed wood, which grows much of its own organic produce and buys the rest from local farmers.

Sounds standard now, doesn’t it? But in 1979, when Greens Restaurant opened its doors at Fort Mason in San Francisco, vegetarian food was anything but elegant and refined. Opened by the San Francisco Zen Center in what was an old Army base, the tranquil restaurant with its sweeping views of the Bay, elevated the then-heavy and heavily brown-colored vegetarian cooking of the day to new heights by even daring to serve wine.

Its building was constructed by carpenters from the Zen Center, including lead designer Paul Discoe, an ordained Zen Buddhist priest, who later went on to design Oracle CEO Larry Ellison’s much-ballyhooed Zen palace in Woodside.

The restaurant may have just gotten spiffed up with new carpet, new slate entry tiles, a warmer paint color and new chairs on the way. But one thing has remained the same. For 28 of the restaurant’s 30 years, one woman has been a constant in the kitchen — Chef Annie Somerville, who took over from founding chef, Deborah Madison. 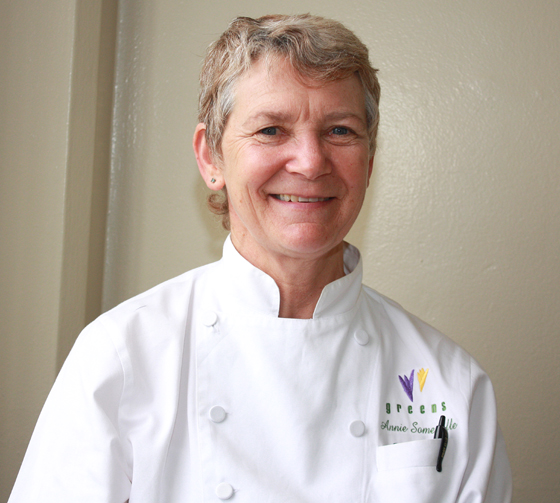 The slender, energetic, 57-year-old Somerville chatted with me recently about the restaurant’s amazing longevity; why she doesn’t own a cell phone; and what fellow chef and avowed carnivore, Chris Cosentino of Incanto, thinks of her.

Q: Are you surprised Greens has endured all these years?

A: When we shut down for the remodel, I had a chance to go through all these old articles in a filing cabinet. When you read the early reviews, you see how shocked people were that vegetarian food could be so beautiful and that it could be a cuisine in its own right.

I’ll look at recipes we haven’t done in awhile and think, ‘Wow, we’ve been doing that so long and others are making it now.’ It’s all so timely, and we’re still around. 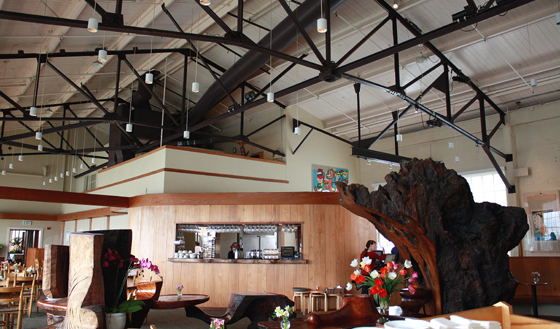 Q: And this is the first restaurant you’ve ever worked at?

Back then, I thought the people working here were crazy. (laughs) They were all so tired. They were dragging. But everybody did everything. A Zen master might be the dishwasher. And we’d all hose off the mats at the end of the night. 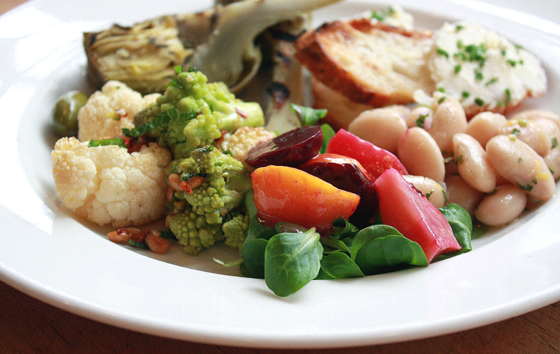 Q: When did you become vegetarian?

A: In high school. It was the thing to do at the time.

Q: Did becoming a vegetarian change your palate?

A: My palate became more rarefied because we have all these great ingredients to cook with. I’m also much more aware of salt now because I eat almost no processed foods.

I don’t think most of our guests here are vegetarian, but we have no way of knowing for sure. For some vegetarians, Greens is not vegetarian enough because we use butter, we use cheese, and there is rennet in the European cheeses we serve. Over the years, I think our food has gotten leaner. Deborah’s cooking was influenced by French cuisine, so there was roux, and butter in sauces. Nowadays, though, we sauté in oil and finish dishes with butter, so people can opt to have it or not. 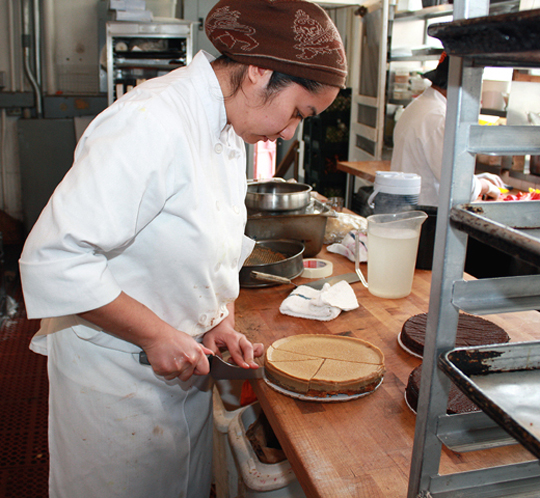 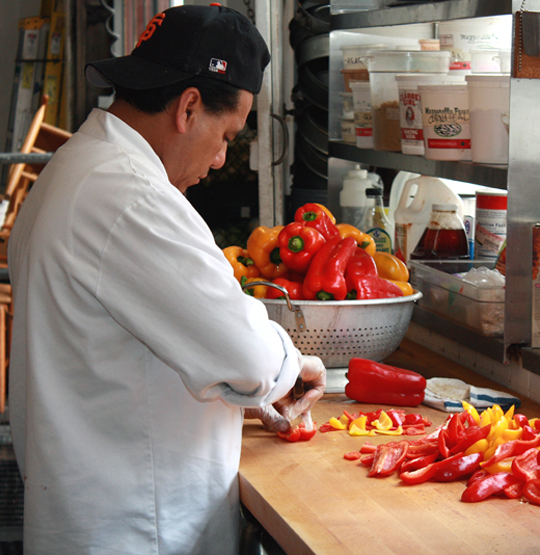 A: At home the other night, I had Romanesco cauliflower that I cut into pieces, and roasted at 400 degrees with olive oil and pepper until they were crisp, then squirted on some Meyer lemon juice. Then, I made some polenta with butter and Parmesan. Next, I sautéed a big head of chard with green garlic and spring onions. There was a nice toasted walnut bread with Andante cheese. For dessert, there were organic almonds, dates and mandarins from the farmers’ market. My husband and I sat down to all of that, and it was lovely. Everything we ate was grown by someone I knew.

Q: Does it irk you when folks like Anthony Bourdain deride vegetarians as the scourge of the planet?

A: People are entitled to their opinions. I’m not critical about what people think. I don’t even have a TV, so I don’t watch cooking shows. Oh, don’t get me wrong; I’m not a Luddite. I do have a computer. But I don’t own a cell phone.

Q: You have no cell phone? How is that possible?

A: I don’t feel I really need one -– well, except sometimes when I’m at the farmers’ market and I see something and need to call the restaurant. But then, I’ll just ask a chef there if I can borrow his or her phone. I make a lot of friends that way. 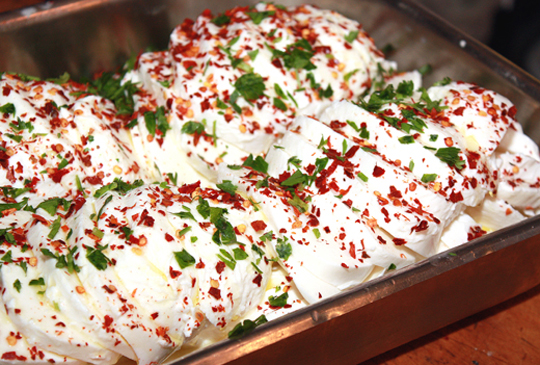 Q: With no TV, I guess that means we won’t see you guest starring on “Top Chef’’ anytime soon?

A: I love Chris. He once said to me that I’m the only vegetarian who doesn’t hate him! He said he wanted to come cook vegetables here with me.

A lot of diners have food preferences. He gets put out when they ask him to go a mile and a half for them. But then, why would a vegetarian go to Incanto expecting that? It’s Incanto. It’s not a vegetarian restaurant. 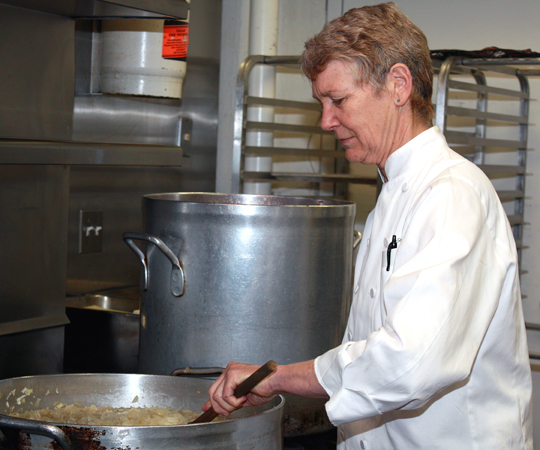 More: My Q&A with Chris Cosentino of Incanto Restaurant 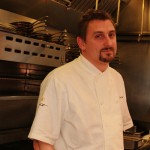