With all the hub-bub lately about the spicy Korean short rib taco craze, you might think fish tacos have gone passé.

Gott’s also features a new “B-Side” menu — sly, you-have-to-ask-for-it selections on a special list that you have to specifically request at the counter or follow @gottsroadside on Twitter for updates on that particular menu.

The “B-Side” items are meant to showcase fresh-picked ingredients from Gott’s new garden in St. Helena, which will be used at all Gott’s locations. Those include heirloom tomatoes, herbs, shallots, squashes, potatoes and peppers.

Gott’s has three locations: the original one in St. Helena at 933 Main St.; another in nearby Napa at 644 First St. in the Oxbow Public Market; and the Ferry Building Marketplace one in San Francisco, a short stroll from the Hotel Vitale. 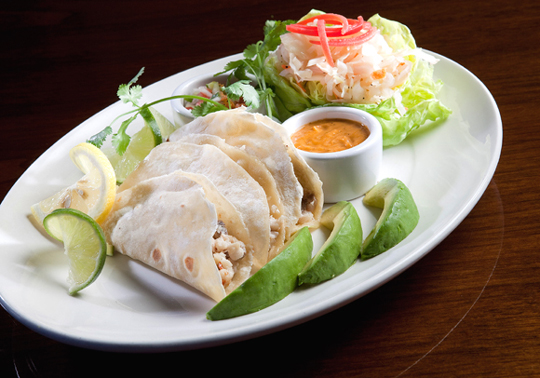 Yes, everyone’s favorite sourdough bread bakery is now turning out fish tacos with cabbage slaw, cucumber-tomato pico de gallo and roasted tomato salsa. You get three to an order for $14.95.