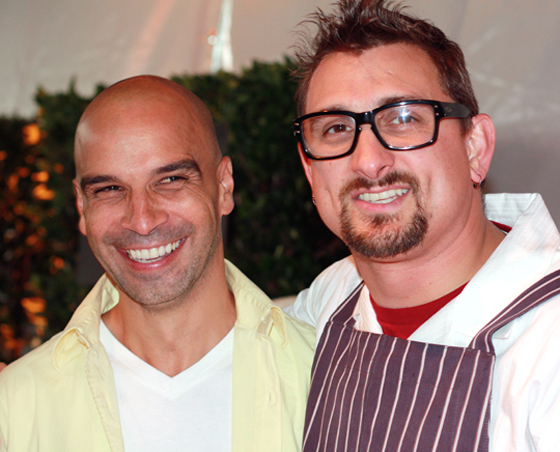 Didn’t make it to the SF Chefs 2010 extravaganza this past weekend at Union Square in San Francisco?

No fear. Here’s a glimpse of the opening festivities last Friday night, which featured a slew of chefs, mixologists and vintners doling out gourmet goodies under a billowing white tent on the square.

The big guns were out in force, too, including New York Chef David Burke and star restaurateur, Drew Nieporent of the Myriad Restaurant Group.

The event officially got underway with a sabering ceremony, where a bottle of bubbly was dramatically opened by using a long knife to slice off the top of it.

You can tell from the expressions of the crowd that it was quite the sight. 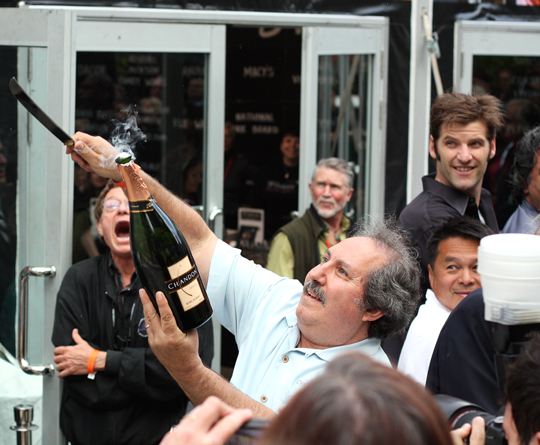 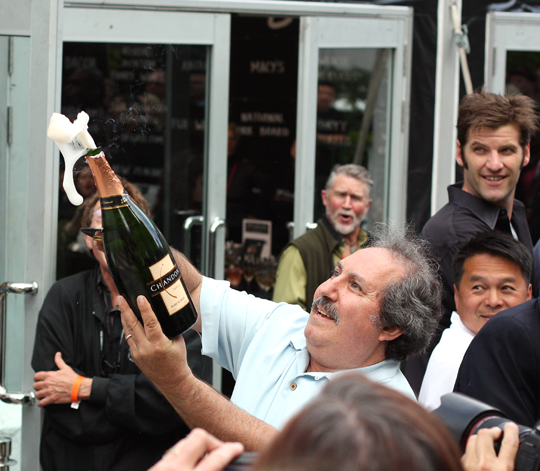 A bevy of chefs were in attendance, including Mourad Lahlou of Aziza in San Francisco, whose first cooking show is expected to debut on PBS in the fall of 2011. Filmed in Marrakech and the Bay Area, the show will shine the spotlight on both traditional and modern Moroccan cooking. He’s still looking for help from investors, too. So if you’ve done well in the stock market or with the Lotto lately, don’t be shy and drop him a line.

Chef Joey Altman has been busy as a consulting chef around the Bay Area since his “Bay Cafe” TV show ended two years ago. Chef Hoss Zare of Zare at Fly Trap in San Francisco had me salivating as he described the new raviolis he’s featuring on his menu, with the pasta dough made with carrot juice rather than water.

I couldn’t help but chuckle at the new slogan on his spiffy chef’s jacket, too. If you adore it as much as I do, you’ll be glad to know he hopes to do a line of T-shirts in the near future. 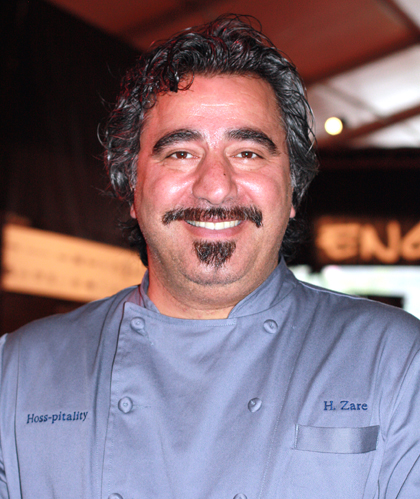 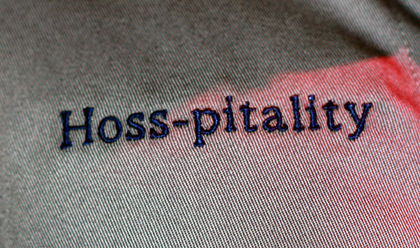 It was a veritable pork-a-palooza, with almost all of the chefs cooking up pig, pig and more pig.

Among my faves were the trio of chicharrone, terrine and crostini by Cosentino; and the offerings from Poggio of Sausalito, where all the dishes were crafted using the meat from one pig, including a rich blood sausage, and a beyond juicy slab of pork belly garnished with sardines, tomato and avocado. 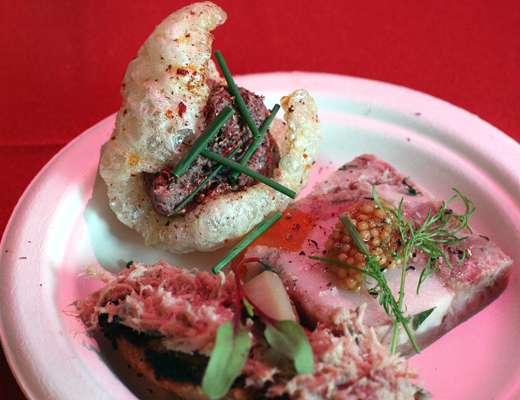 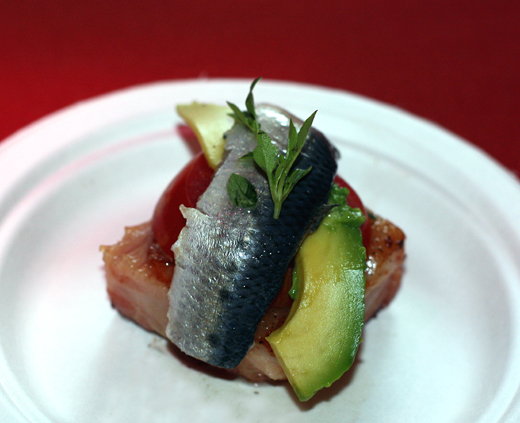 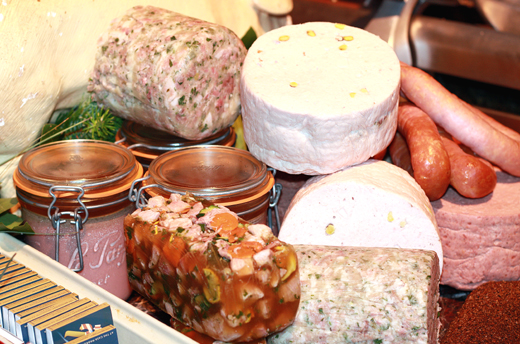 The guys at Namu in San Francisco constructed braised pork with kimchi spices, all wrapped up in lettuce and nori. Chef Rob Lam of Butterfly in San Francisco also was rockin’ the lettuce wraps. His version featured tender shards of kalua pig. And leave it to Ame of San Francisco to drape uni with lardo, an ode to the now famous crostini at Marea restaurant in New York. 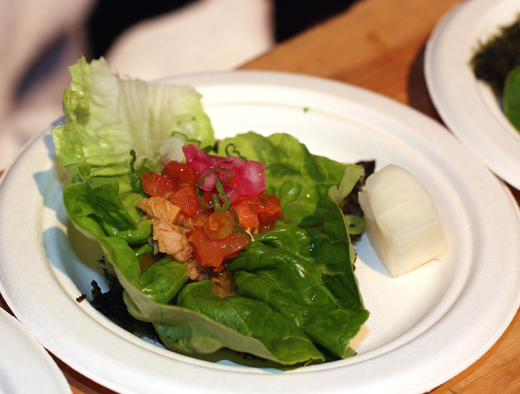 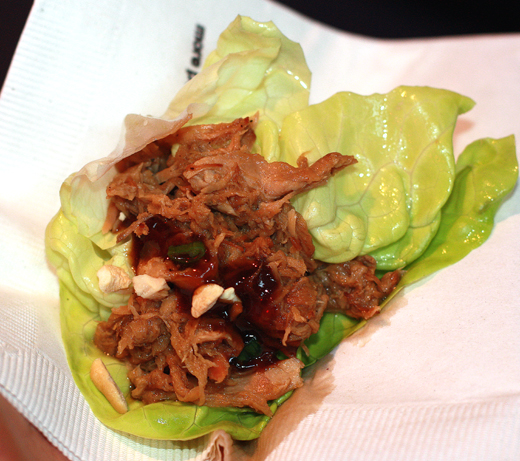 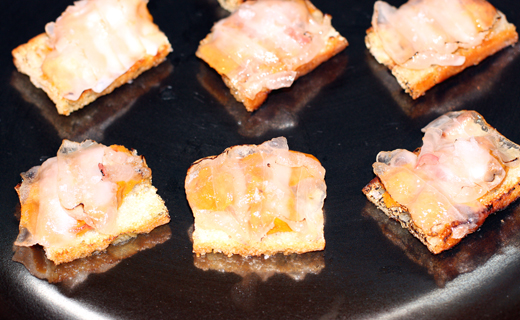 As I pigged out on pig, it was almost a relief when I got to Charles Phan’s station, where the celebrated Slanted Door chef was doling out a lovely halibut sauteed with tumeric and dill over a tangle of rice noodles. 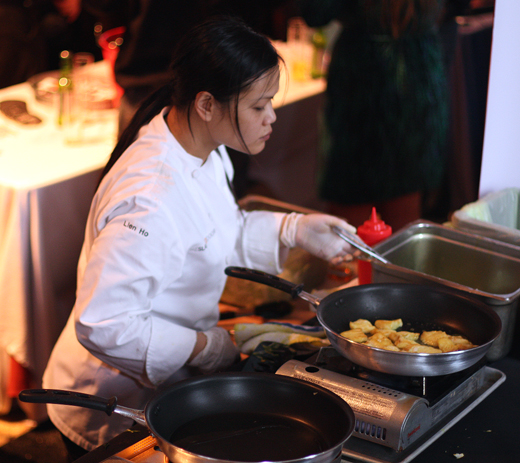 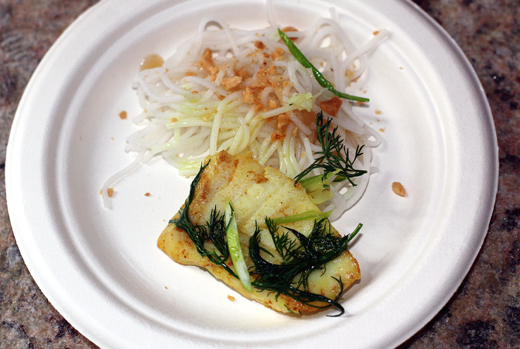 After all of that, don’t be surprised if you spot me at the gym this week, doing extra penance….