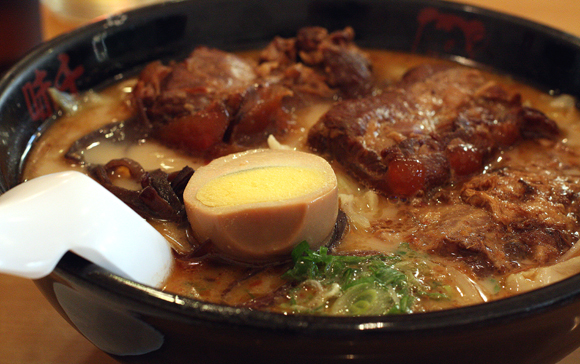 San Francisco boasts some of the best eats in the Bay Area. And deservedly so.

But when it comes to bountiful bowls of authentic Japanese ramen, the South Bay and East Bay may just one-up the City by the Bay with its three noodle joints with bonafide roots in Japan.

Ringer Hut, which originated in Nagasaki in 1963, may operate more than 550 noodle restaurants in Japan, but it has only one outpost in the United States -– in San Jose. The restaurant, which just celebrated its 20th anniversary, is the champon champion. Champon means “blend’’ in Japanese, and that’s exactly what you get when you order the specialty “Nagasaki Champon’’ ($7 to $9.70, depending upon the size). Dig through the huge bowl of milky white broth with a subtle peppery kick to find cabbage, shrimp, fish cake and pork, as well as a mound of springy noodles slightly thicker than ramen ones. 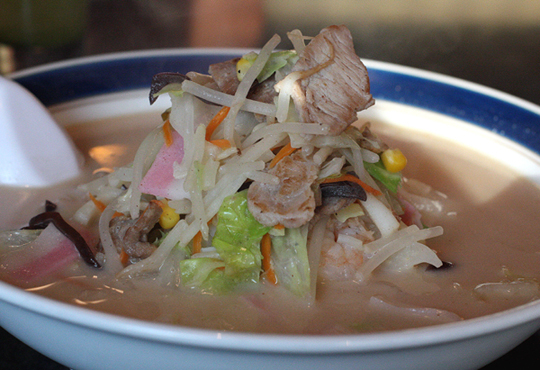 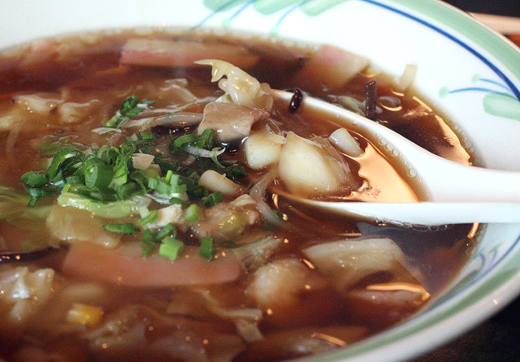 Both the champon and ramen noodles are exceptionally fresh, as they are made daily here from flour milled in Japan.

The gyoza, which also are made in-house ($3.70 for six), are some of the best around, with a filling of ground pork so flavorful that you almost don’t need any dipping sauce. 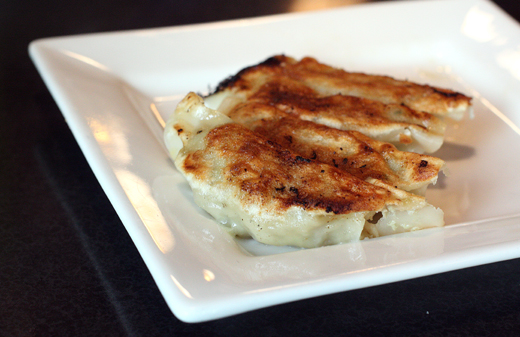 The restaurant, which looks like a former Denny’s inside, has quite an expansive menu that includes bento-style dinners, curry rice plates, house-made sweets such as green tea pudding, and fresh iced green tea served in tall pilsner-style glasses.

A chopsticks’ throw away is Santouka Ramen, located inside the Mitsuwa Marketplace in San Jose. It’s a branch of a Japanese ramen chain that began in 1988 in Hokkaido after its founder Hitoshi Hatanaka got inspired by the Japanese comedic noodle flick, “Tampopo.’’ This is the only Northern California location.

Santouka Ramen is located in what could be called the world’s smallest food court. Walk into Mitsuwa and before you actually step foot inside the grocery aisles, you’ll see Santouka Ramen off to the left with one other food stand, Miyabitei, along with a dining area made up of  formica chairs and tables.

Plastic replicas of the ramen bowls greet you as you step up to the counter to order the size you want, along with your choice of salt, soy sauce, soybean paste or spicy broths.

The noodles here aren’t quite as bouncy as those at Ringer Hut, but what really shines is the pork. The slices all glisten with an outer edge of fat. 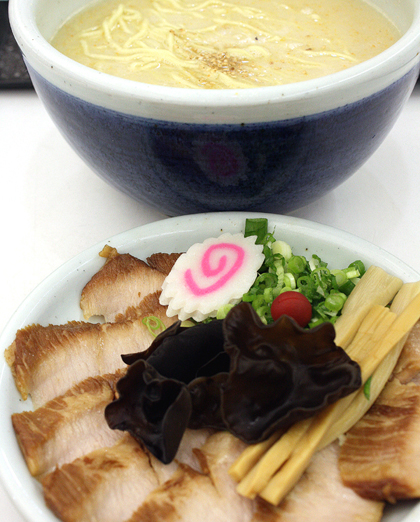 Get the signature “Tokusen Toroniku Ramen’’ ($11.95 for a large), which is all about the pork jowl. Slices of succulent cheek meat that practically squirt juice arrive on a plate for you to add to the ulra-porky broth.

The miso ramen is full of umami goodness but not overly salty or as over-the-top rich as the toroniku. Bowls are topped with a slice of that wonderful pork, as well as green onions, fish cake, tree ear fungus and bamboo shoots. 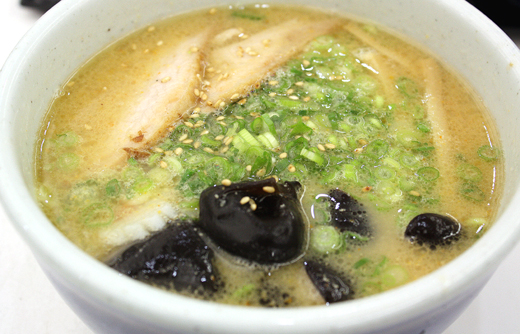 Just be sure to stop at the ATM beforehand, as Santouka Ramen only takes cash.

In Fremont, you can experience the first Northern California outpost of Ajisen Noodle, which was founded in Kumamoto in 1968. At this three-year-old restaurant located inside an Asian strip mall, enjoy a wide variety of soup-based ramen, including unusual ones such as beef curry; tomato beef; and the umi, a blend of pork tonkotsu and fish broths, creating a lighter-body soup with a hint of the sea. 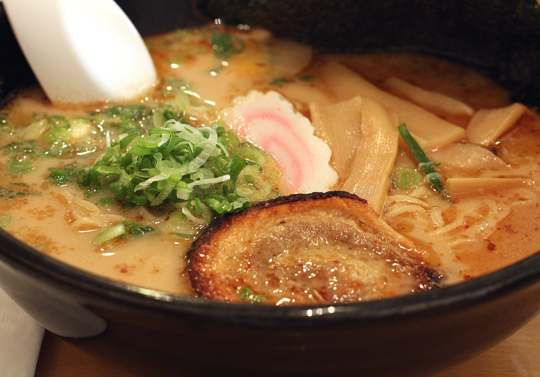 Carnivores will go crazy for the “Tender Pork Ribs Ramen’’ ($9.95 for a small  size), which has a deeply-flavored broth and meat as tender as long-braised short ribs.

Even the “small” bowls here are enormous. All the bowls come with an ingenious soup spoon that has a notch in its handle, allowing you to rest your spoon between bites without fear that it will sink into that pool of broth.

The restaurant also has some very interesting tofu dishes, including a cold appetizer with yurinichi sauce ($4.25). Chilled tofu cubes are doused with a sweet soy and tangy rice vinegar sauce, along with big nuggets of fried bacon for a dish that’s like a good girl gone wicked. 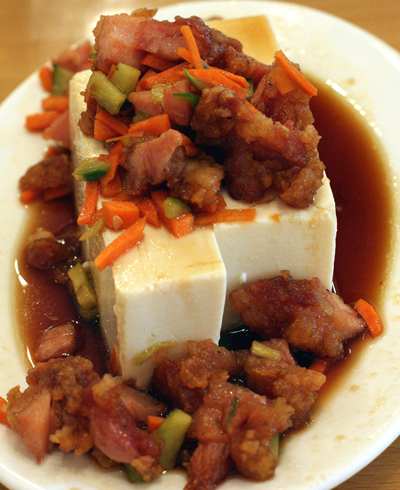 San Franciscans shouldn’t feel too left out, though. A branch of Ajisen Ramen (owned by a different franchisee) just opened this summer at the Westfield San Francisco Centre. And unlike the Fremont location, the San Francisco one accepts credit cards. 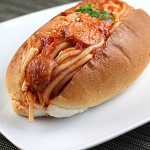 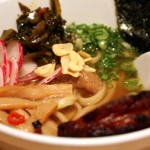