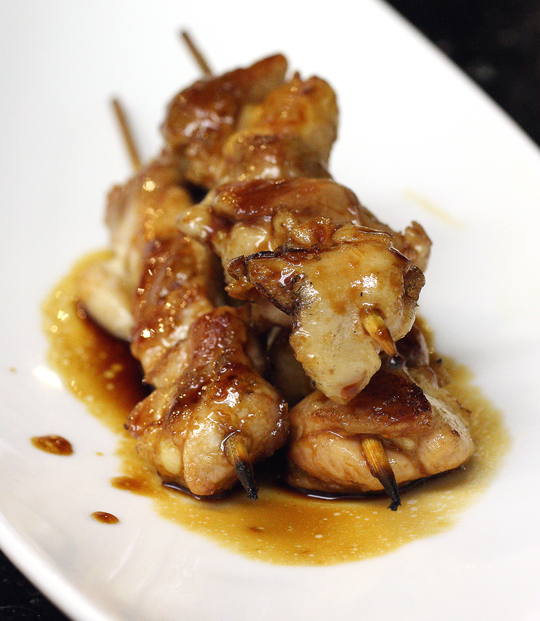 I don’t really know Ray Wu, but I’m pulling for him.

You see, against the better judgment of his parents, who thought his economics degree from the University of California at Berkeley could be put to better use, he opened a restaurant about 50 days ago — his first.

Now, when he isn’t at his day job as manager of Marina Food market in Cupertino, Wu is at Inshou in San Mateo, where he greets customers and helps out in the kitchen alongside his head chef.

This new Japanese-small plates, neighborhood establishment has been his dream ever since he started working in restaurants as a dishwasher years ago.

Of course, an economics major would probably know this isn’t the best economy in which to open a restaurant. But when you have a dream, it’s hard to deny it.

Wu invited me in as his guest last week to try out his fare.

As with any dream, there were moments of wonderful clarity with the food, but also a few hazy ones, where a stronger focus was needed.

Wu and his team aim to please, welcoming customers warmly in the bright restaurant with its artsy back-lit sculptural white wall. We shared an assortment of dishes, starting with the “cracking shrimp” ($8.50), which were lightly battered with tiny rice balls that turned crisp and golden when deep-fried. Alongside was a cold, creamy curry sauce to dip them in. 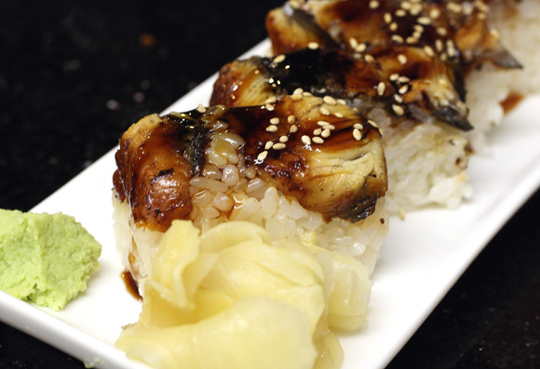 Pressed eel sushi ($9) was formed in a wooden box, then cut into neat rectangles, with the sweet, thick sauce flavoring the top grains of the dominoes of rice.  Skewers of dark meat chicken yakitori ($6.50) were juicy and smoky.

Salmon sashimi ($8) brought thin slices of the raw fish on a plate with a drizzle of olive oil and ponzu sauce. It was fine, but could have benefited from a little more citrus or even a hit of chili to really make it sing, since salmon is such a fatty fish that can take strong flavors without being overwhelmed. A special of chawanmushi ($6.50) arrived in an individual, covered cup that was piping hot. Lift the lid carefully to discover an excellent rendition of this classic egg custard dish, delicately steamed with enoki mushrooms, water spinach and a few chunks of chicken. 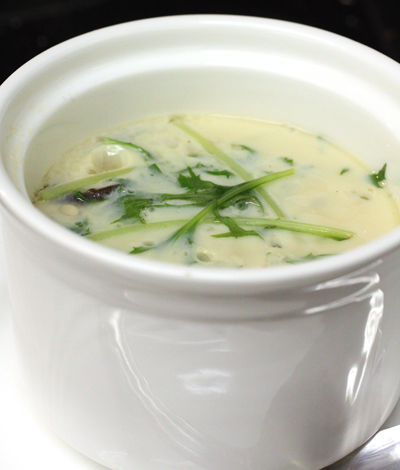 Kurobuta miso katsu ($6.50) are pork cutlets pounded especially thin, then breaded in panko and deep-fried. These were particularly tender because of how thin they were. The one real misstep of the night was the plate of tempura fish and veggies ($7.50) that Wu brought to the table for us to try. The fried pieces of fish, onion ring and green beans suffered from a flabby coating that was not at all like a proper tempura should be. 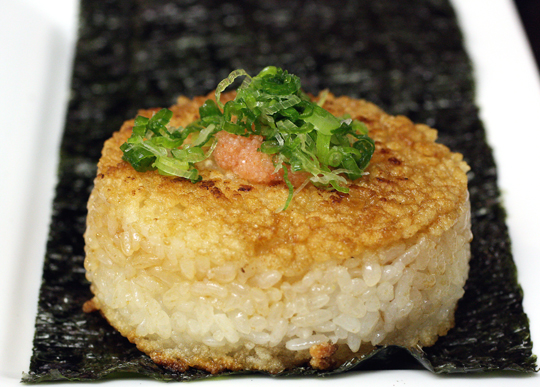 We ended on a bright note, though, with yakionigiri ($3), a simple snack that belies how tasty it truly is. Rice is molded into a ball, then toasted until the exterior gets deeply browned. Who doesn’t love the crispy bits of rice in a pot, right? Rolled up in nori with a dollop of fish roe and slivered green onions, it makes for an irresistible mouthful.

Inshou may still be a bit rough around the edges. But I’m hoping it turns into all that Wu imagines for it. After all, you can’t help but pull for guy who dreams big.