A Taste of Paris at Chez Papa Resto 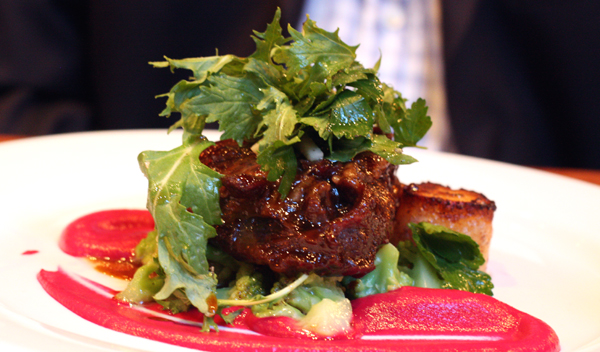 With its pulsating soundtrack, bejeweled Murano glass chandeliers, menu covers done up in graffiti-like script, and dimly lit dining room in bold black and orange, Chez Papa Resto in downtown San Francisco is like one of those hip Parisian bistros you stumble upon down a cobblestone side street in Paris.

But this stylish spot serving up French Provencal cuisine is actually in the Mint Plaza, a short stroll from the Intercontinental San Francisco. Executive Chef Steven Rojas took over the helm there late last year from Chef David Bazirgan who jumped ship to the nearby Fifth Floor restaurant.

Born in Los Angeles, but raised in Argentina, Rojas staged at Michelin-starred restaurants in Spain and worked at Tru in Chicago, as well as Patina in Los Angeles. He also was executive chef at the Saddle Peak Lodge in Calabasas, Calif., where he became the youngest chef in Los Angeles to receive a Michelin star. 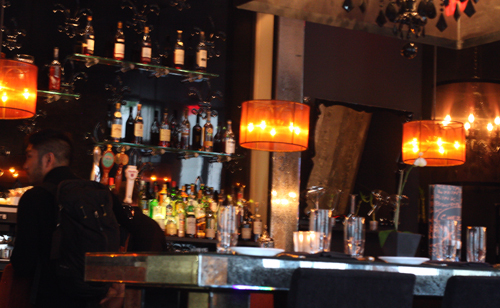 Recently, I was invited in as a guest of the restaurant, where our waiter immediately greeted us with a friendly, “Merci” after we placed our orders and he set down baguette slices with black and green tapenades for spreading pleasure.

Two warm gougeres arrived as an amuse shortly after that were airy and welcoming. 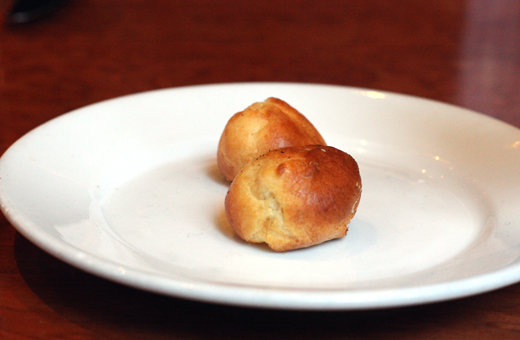 We enjoyed a special appetizer that evening of rabbit terrine ($10). A slice arrived on the plate, a mosaic of rabbit meat, blood sausage, chorizo and pistachios, which was a party of smooth, rustic and crunchy textures all in one bite.

The charred octopus ($13) is an absolute must-order. Rojas’ Spanish training shows in how he handles the octopus, which can turn chewy so easily. Not in his hands. The meaty flesh was tender and extra smoky from paprika. A potato foam added richness to this satisfying, rustic dish. My husband’s beef cheeks ($30) were a dazzling sight with its shockingly bright fuchsia swirl of brown butter-beet puree ringing the plate. The meat itself was fall-apart tender with that bold, concentrated beefy flavor. 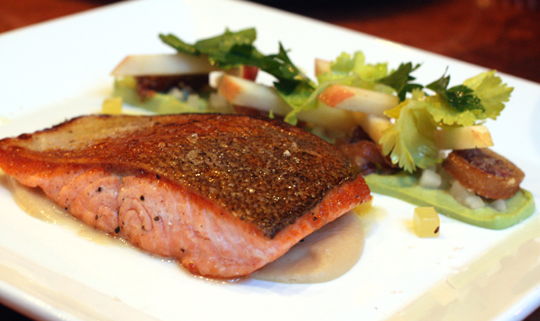 My seared steelhead trout ($27) was accompanied by crisp bits of pig tail and a velvety apple soubise that lent tang and fruitiness, though might have been better if it weren’t quite so thick. The fish was rich and moist, but underdone in the center to the point of being nearly raw.  Too much so, even for me, who loves salmon that’s still medium-rare pink in the center. 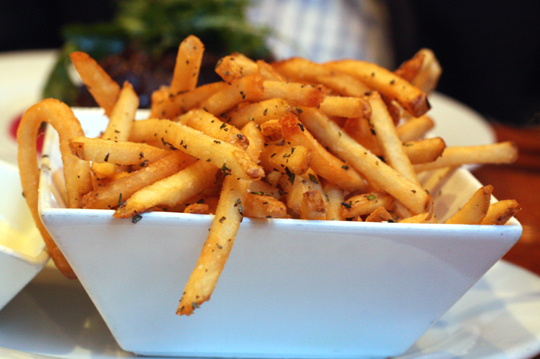 A side order of frites with aioli ($7) was the perfect bistro touch, with the potatoes cut appropriately thin and fried to a golden crisp.

The sweet finish was a memorable molten almond cake ($10) served with honey ice cream and crisp bits of airy meringue. It’s a novel take on the ubiquitous oozey chocolate cake, only this one possesses a profound taste of almonds that comes flooding out  as you cut into the small cake’s center.

The cake is first baked for four minutes, our server explained, then is frozen. It is baked again to order without thawing, so that its center remains underdone. The exterior of the cake is so delicate that the pastry chef bakes two cakes for each order, even though only one is served. That way if one breaks while being unmolded, there’s still an extra one. 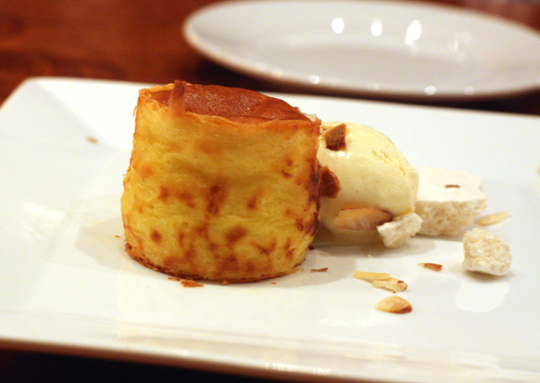 Feeling like a hipster in Paris might cost a pretty penny these days given the current exchange rate. But you can easily feel like one for far less by taking a seat inside Chez Papa Resto.