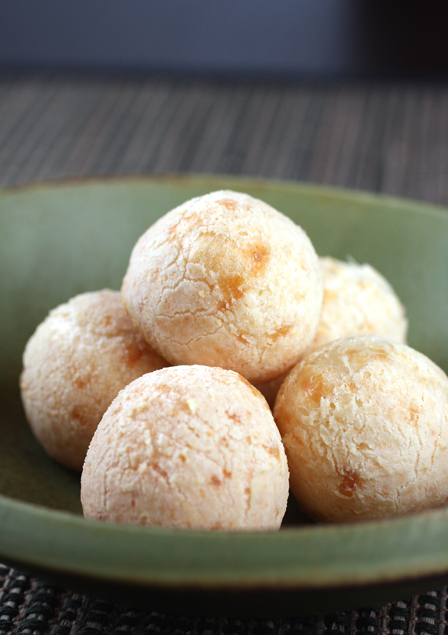 Looking for an easy, last-minute appetizer or fun finger-food for the holidays?

These airy little rolls, no bigger than a ping-pong ball, come frozen and ready to be baked in a hot oven for 25 minutes

They emerge crisp and golden on the outside, with a texture akin to a sturdier version of a chou pastry for cream puffs or gougeres.

They’re fairly addicting to eat warm, especially with their subtle cheesy flavor, thanks to cotija and parmesan.

They’re made from yuca root flour, making them gluten-free, too.

There’s also a jalapeno version for a little more kick.

The snacks, named for a beautiful Amazon tribal princess, are a popular treat in Brazil, where company co-founder Monika Batista’s family hails from.