Scenes From My Latest Macy’s Event 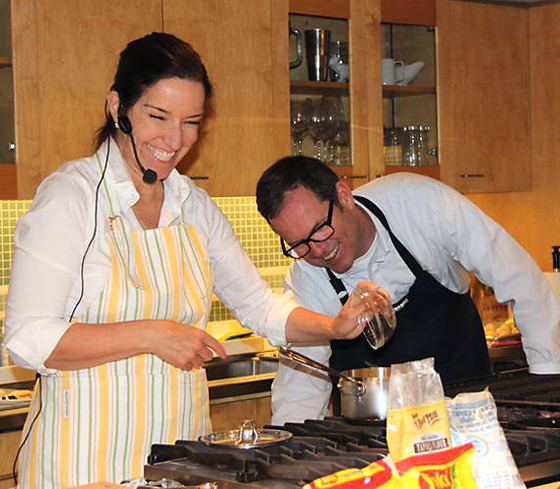 If you missed the Food Gal’s most recent appearance at Macy’s Union Square in San Francisco last Saturday with Brazilian food entrepreneur Monika Batista, you missed a delightful, delectable time.

Thanks to to Macy’s regulars, Barry and Evan Jan, here are photos they took that captured the afternoon’s cooking demo, as Batista showed how to make the Brazilian cheesy snack bread known as pao de quejo.

Gluten-free, they are made from yuca root flour. 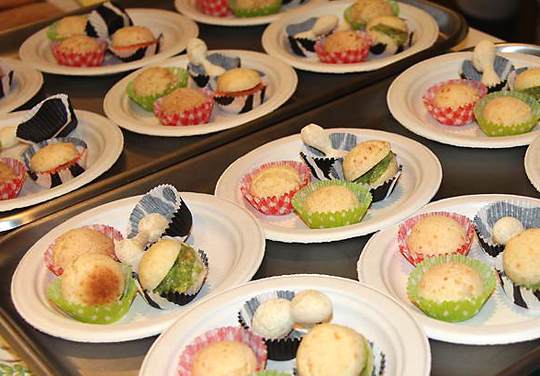 Batista, a Los Gatos resident who was born in Brazil, imports two types of that root flour from her native country to make the pao de quejo she sells under her Mani label. You can find them in the frozen food section at Whole Foods. Just heat them up in the oven until they’re golden. You won’t be able to resist their crisp exterior and airy interior. 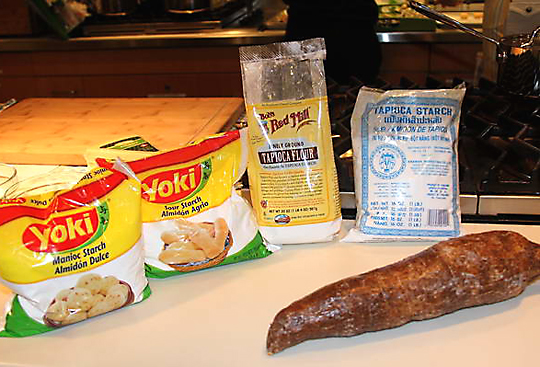 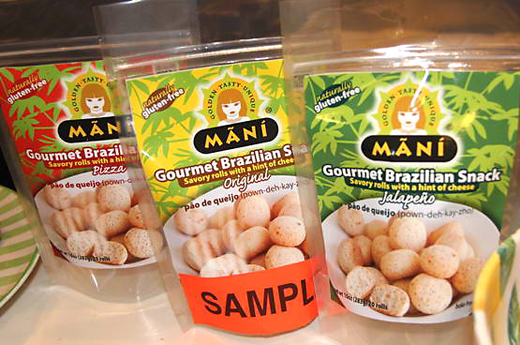 At Saturday’s demo, Batista showed how to make them with the more commonly available tapioca flour, which can be found at well-stocked markets and Asian stores. 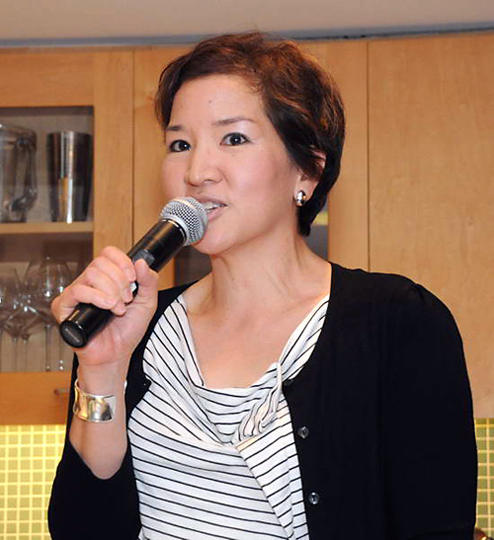 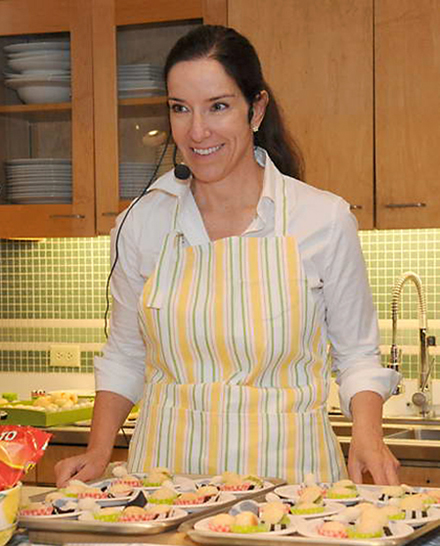 Yours truly acted as the MC, peppering Batista with questions as she cooked.

Did you know she can speak five languages?

Did you know her former career was as a landscape architect? And that she had her own successful firm in Brazil?

And did you know it was her mother’s death that led her to change paths in life?

It’s true. She decided to move to the United States, where her brothers were, and to try her hand at creating a company that made the childhood snack breads she adored in Brazil. 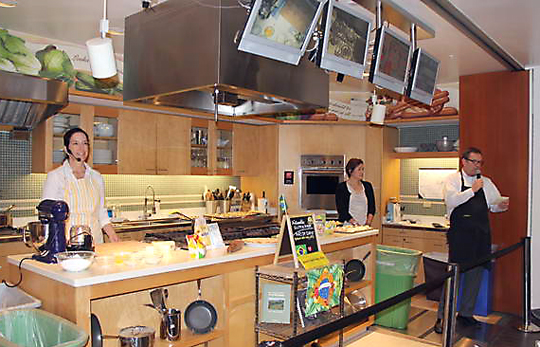 You couldn’t have asked for a better afternoon with a standing-room-only crowd, who got to enjoy the pao de quejo filled with guacamole and red pepper hummus.

Chef Earl Shaddix of All-Clad also around to lend a helping hand.

It was a taste of Brazil — right here in San Francisco. 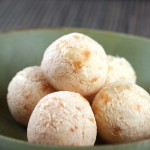 More: My Review of Mani Snacks 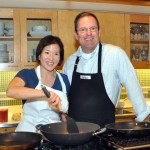 Plus Scenes from Other Food Gal Macy’s Appearances: Cooking My Mom’s Tomato Beef Chow Mein (video), as well as photos and recipe. 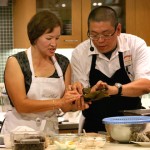 And: Making Joong with Chef Alex Ong of Betelnut 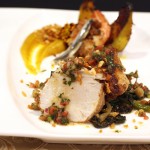