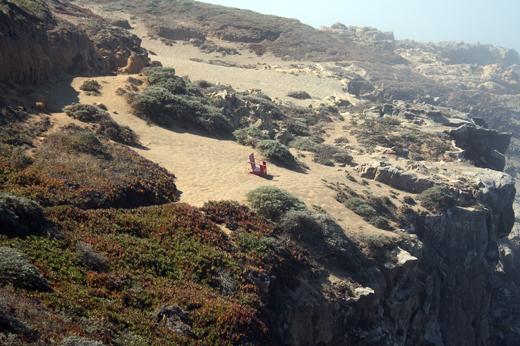 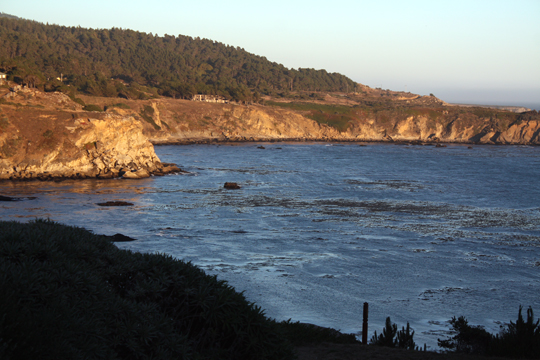 The inn, designed by a protégé of Frank Lloyd Wright, fits in with is more rural, wild surroundings with its warm, rustic decor. A $2.5 million renovation will be completed next year. The 50 rooms have the feel of a cozy cabin. The ocean-view ones have magnificent views. 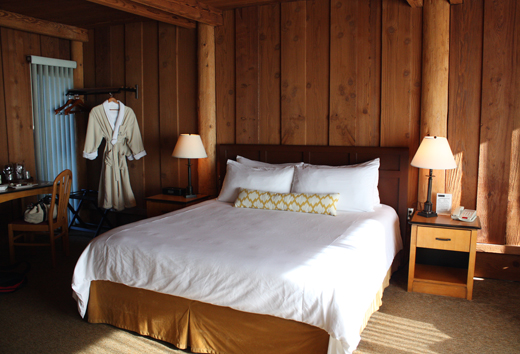 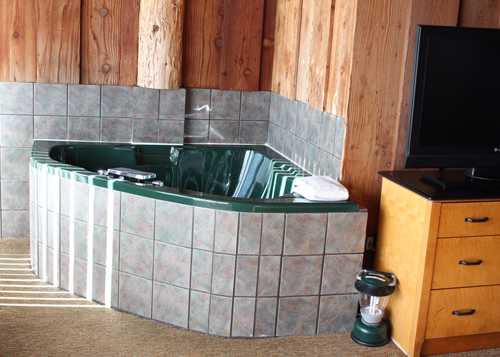 The A-frame, three-story lounge is the place to linger with its roaring stone fireplace and a bar right next to it. There’s even a stack of old-school board games to partake in. 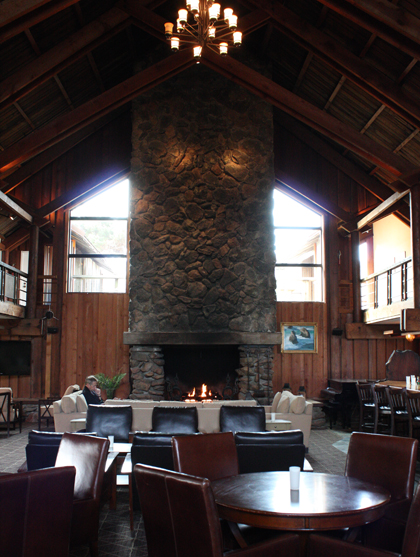 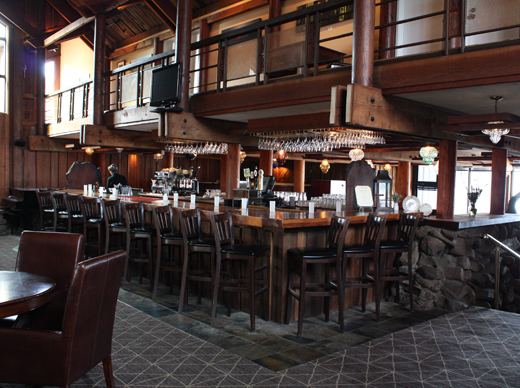 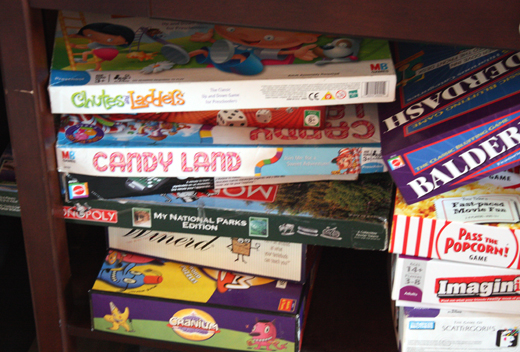 With plenty of wood and a craggy rock wall, the dining room continues with that rustic vibe. It’s fronted by a wall of windows, where you can watch the sunset at dinnertime.

The menu at dinner is divided into “Sea,” “Soil,” and “Land.” Many of the dishes can be ordered either in tasting menu-size portions or full-size. 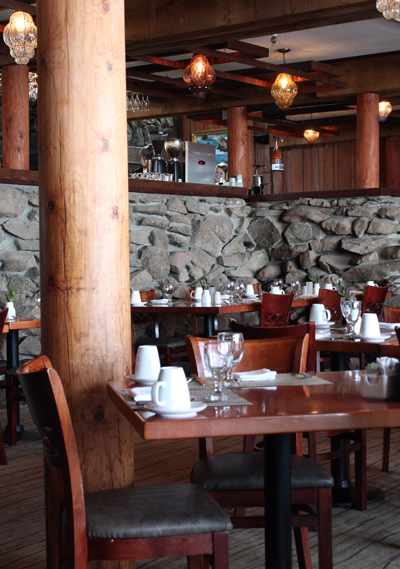 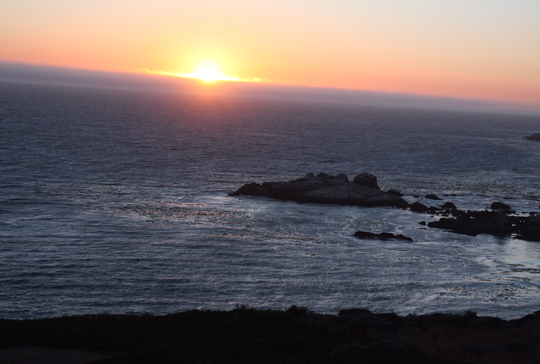 From the “Sea” side, ahi crudo ($11) brought silky slices of the raw tuna strewn with toasted coconut shards, black and white sesame seeds, and dabbed with a creamy coconut sauce with a hint of ginger. It’s a perfect dish to enjoy while staring at the ocean in front of you. 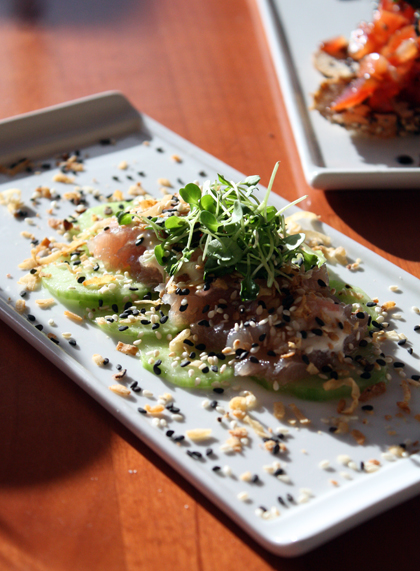 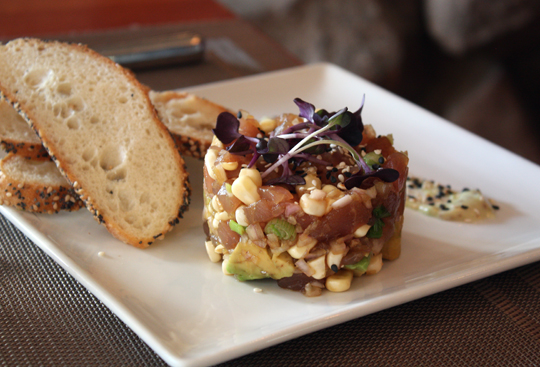 Another tuna preparation offers up the fish in a ring mold-formed tartare ($11). The dice of fish is mixed in with bits of avocado, scallions and kernels of corn for a vibrant California-style interpretation.

I also enjoyed a petite portion of that day’s fish, King salmon in a citrus beurre blanc ($13), which was nicely pink inside and seared beautifully on top. 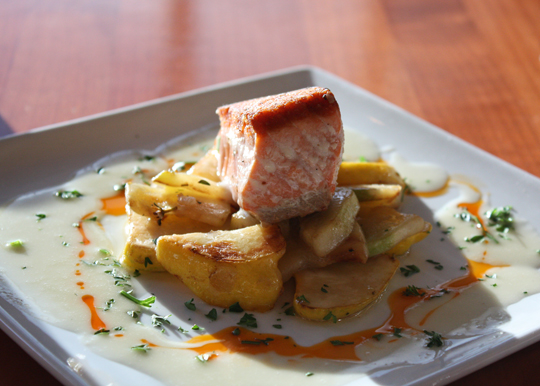 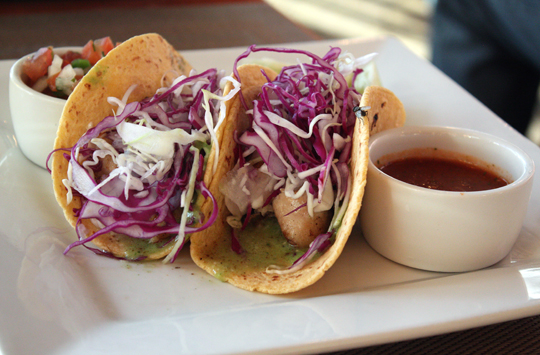 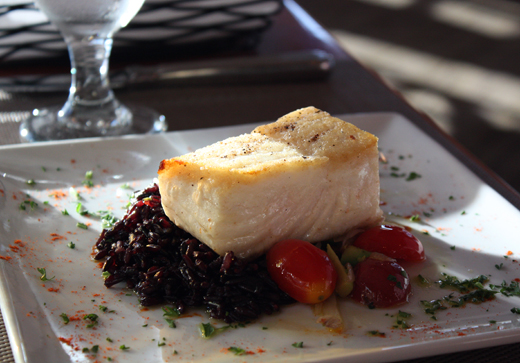 My husband also enjoyed a smaller portion of the moist halibut ($13), served with “virgin sauce,” which is not nearly as sexy as it sounds, but delicious, nonetheless, with its blend of olive oil, lemon juice, tomato and avocado.

From the “Land” offerings, the “Racer IPA pork ribs” ($13/$23) are tender with a sweet, sticky chili glaze that go perfectly with a four-draught beer flight ($12). 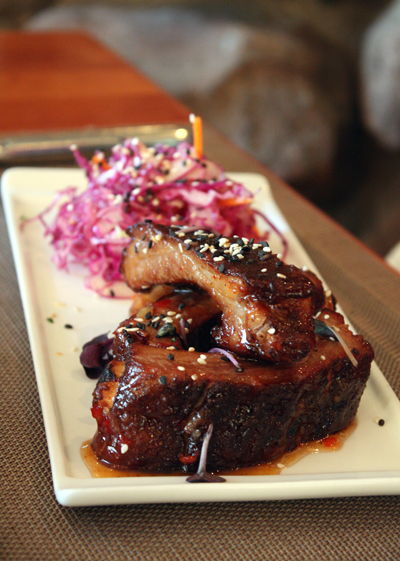 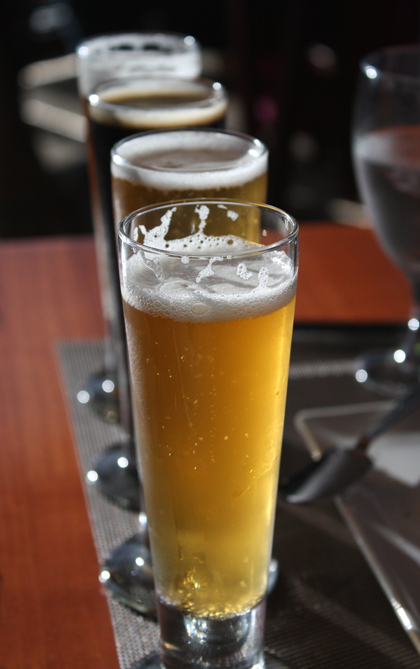 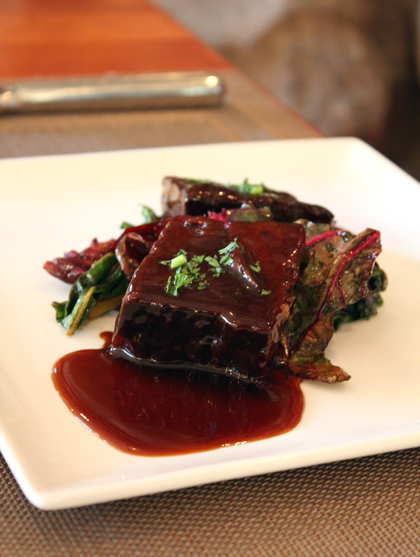 Braised short ribs ($16/$28) also have a sticky glaze, but this time with five-spice and hoisin sauce.

In a nod to a French chef he once worked with, St. Clair offers a riff on poutine ($9). Only his version of French fries comes smothered with a rich braised beef. It’s so hearty that it’s practically a meal on its own. St. Clair jokes that it’s known at the bar as the “man dish.” 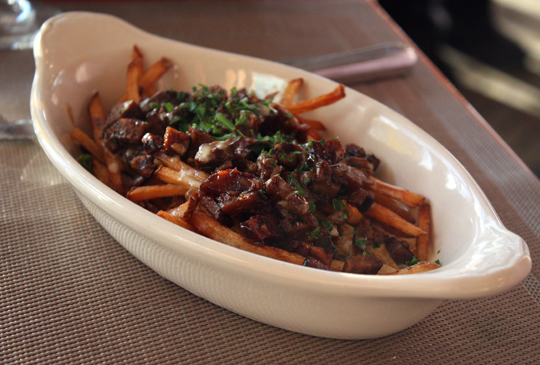 From the “Soil” part of the menu, came the only misstep — a risotto with summer squash ($10/$17) that badly needed seasoning and suffered from a very gummy texture, as if it had been reheated, rather than cooked to order.

But the onion rings more than made up for that. With an ethereal, tempura-like batter, they were crisp, lacy and easily the best ones I’ve had in ages. Dunk them in “Samurai sauce,” a mixture of Sriracha and house-made mayo. 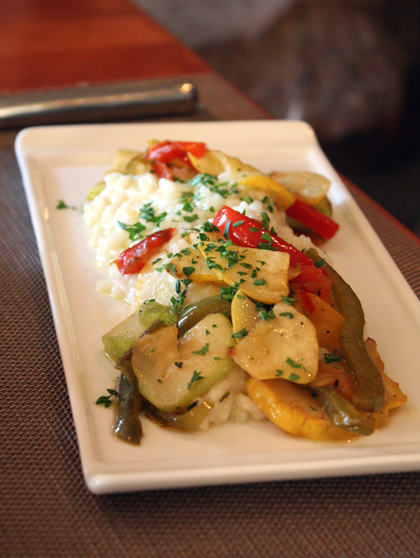 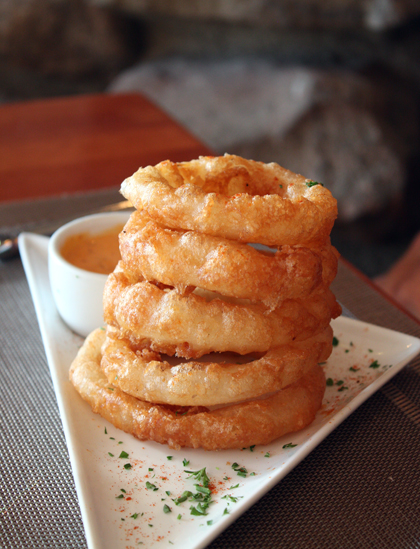 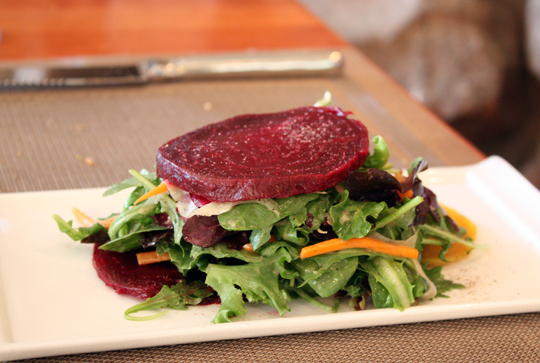 A salad of roasted beets ($9) was straightforward with a drizzle of zingy Zinfandel vinaigrette.

For dessert, the berry crepe is monster-sized. Easily big enough to share, the crepe is enfolded around whipped cream and topped with fresh blackberries and strawberries, plus a subtle Grand Marnier sauce and chocolate sauce. 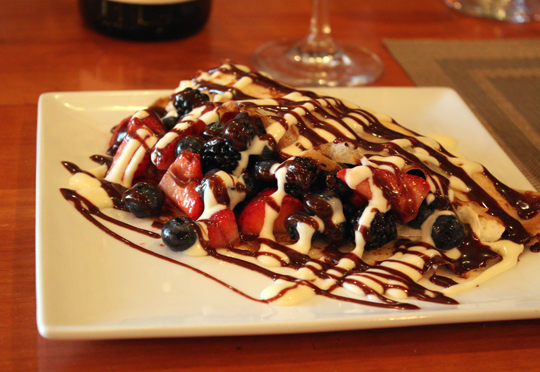 The next morning, return to the dining room for breakfast, including a satisfying corned beef hash with perfectly poached eggs ($14.95) and an airy Belgium waffle ($10) with a smear of berry compote, whipped butter and maple syrup. 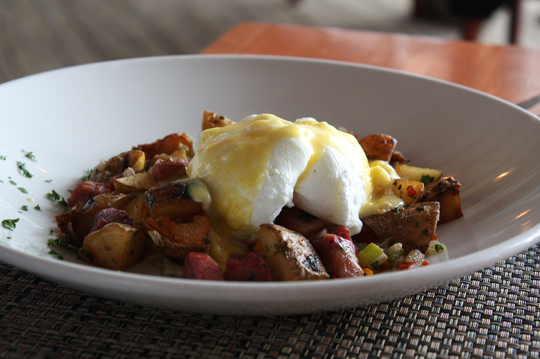 A waiter asked a guest at a nearby table how her stay had been so far. She beamed with a chuckle, “It’s so relaxing — no cell phone reception!”

Indeed, you’ll find cell phone service spotty at the Timber Cove Inn — but all the better to force yourself to actually sit back and enjoy the surroundings without a care in the world. 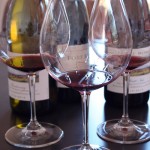