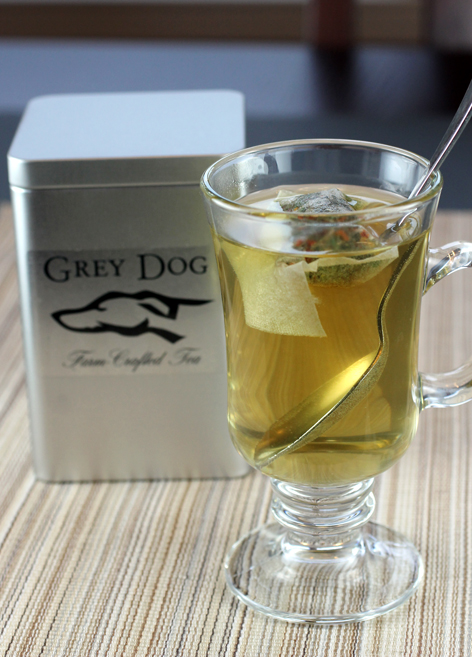 Last year, Baia Nicchia, the 9 1/2-acre farm in Sunol known for its impeccable tomatoes, started selling unique blends of teas, made from its organic herbs, fruits and vegetables that have been dried.

The teas proved so popular that farm owner Fred Hempel has now launched his own tea company, Grey Dog Tea, named for his pet Greyhound.

The teas are available in loose-leaf or bag form. The blends include ones with caffeine, as well as ones without. The actual tea leaves used come from San Francisco’s Five Mountains, which specializes in heirloom organic teas. 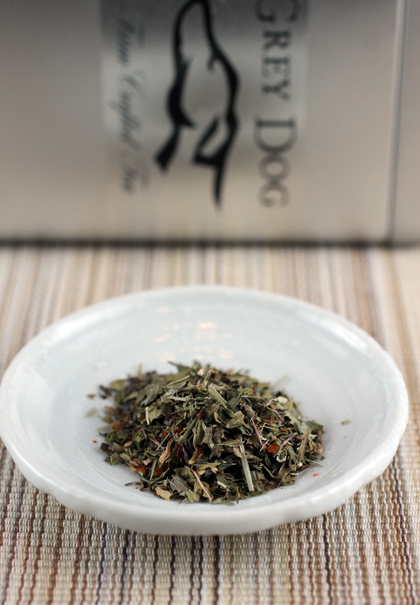 All of the blends have a purity of flavor to them, as if you were drinking something straight from the garden. The chiles in the blends won’t make you break into a sweat. They’re quite subtle, lending fruitiness and a delicate warmth.

I’m especially partial to the “Dragon Mint Tea Blend” because of how the gentle tannin of the tea leaves is lifted by the profusion of mint.

CONTEST: One lucky Food Gal reader will win a tin of Grey Dog Tea’s signature “Chile Mint Herb Tea,” plus a refill. You get your choice of loose-leaf or bags, too.

Entries, limited to those in the continental United States, will be accepted through midnight PST Dec. 22. Winner will be announced Dec. 24.

You’ve already read that Grey Dog Tea is named for a beloved family pooch. Just tell me a memorable story about your pet. Best answer wins the tea.

Here’s my own reply to that question:

“When I was a tot, my parents never let us have a cat or a dog. But we did have fish. OK, fish may not be quite as warm and fuzzy. But they can provide hours of entertainment. Surprisingly so. My older brother had two big orange goldfish in a huge aquarium. I named one, Fred, and the other, Cleo. I have no idea why. They just seemed to go together that way. I remember sitting on the floor, staring at the aquarium, for time on end. I’d watch Cleo swim back and froth, with Fred following her the whole way. When I’d pour a pinch of fish food into the aquarium, they’d dash this way and that way to gobble up the tiny flakes of nourishment. Of course, goldfish don’t live nearly as long as cats or dogs. And when the day came that one died — and the other followed suit not that long afterward — my brother knew just by looking at my mopey face that there was no way he was flushing either of them down the toilet. So, he grabbed a shovel and dug a tiny grave for each one in our hilly, rocky backyard while I fetched crayons and a scrap of wood to create a tombstone that I varnished to protect from the elements. We said a little prayer and laid each fish to rest. I don’t know if that marker is still there in my parents’ backyard. But I do know, Fred and Cleo are not forgotten.” 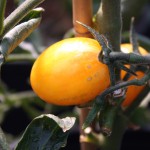