My favorites, though, just might be the pumpkin bread strewn with pumpkin seeds, and the pumpkin cinnamon cupcake. Both are super moist with plenty of warming spices. They taste as wonderful as what your mom used to make — but are safe for those who can’t tolerate gluten. 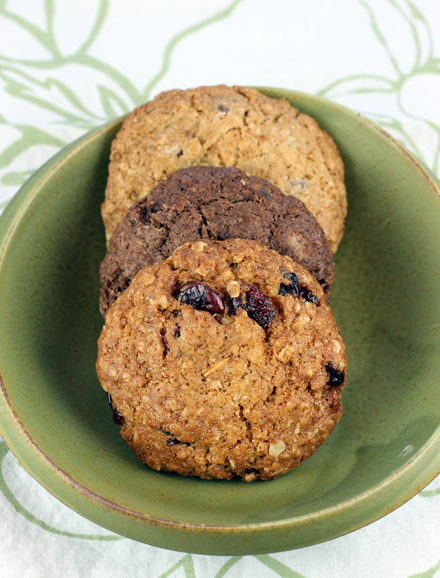 CONTEST: One lucky Food Gal reader will win a $40 gift certificate to Dia Delights. The contest is open to those who reside within the continental United States. For those who live in the Bay Area and can pick up their treats from Dia Delights directly, the certificate is good for any product. For those who live outside the region, necessitating the need to ship the products, the gift certificate is good only for cookies and non-frosted items since they are less perishable. Entries will be accepted through midnight PST Feb. 9. Winner will be announced Feb. 11.

You’ve already read why I like trying products like these even if I don’t suffer from food allergies. Just tell me why you most want to try these vegan and gluten-free baked goods. Best answer wins the gift certificate.