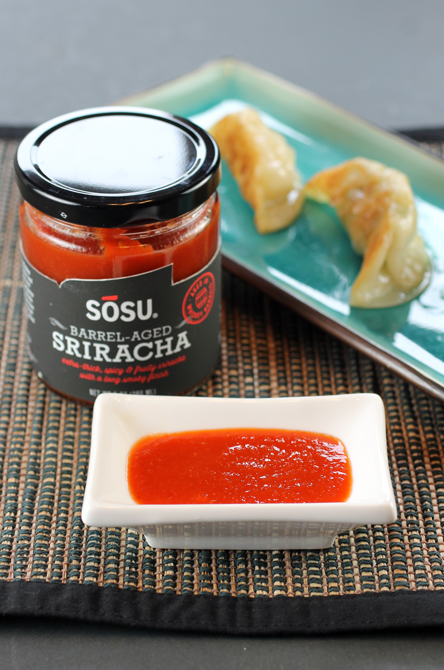 Did you go through withdrawal last year over a feared shortage of sriracha sauce?

When Southern California’s Huy Fong Foods, maker of the ubiquitous Red Rooster brand, had to shut down temporarily after neighbors complained about the chile fumes, hot sauce lovers grew desperate.

But Red Rooster’s not the only game in town. In fact, the Bay Area has its own sriracha savant: Sosu Sauces.

Co-founder Lisa Murphy’s company started out on a whim when she decided to try her hand at making a better ketchup. From her upbringing in China and travels throughout Southeast Asia, she learned that ketchup actually has Chinese origins. So, after creating a Classic Ketchup, she concocted Srirachup (a blend of her ketchup and her sriracha), and finally a limited-edition Barrel-Aged Sriracha that’s available only through her Kickstarter campaign.

Recently, I had a chance to try samples of her Srirachup and Barrel-Aged Sriracha. The former is made from organic California tomatoes, organic chili peppers, organic apple cider, organic brown sugar, sea salt and organic garlic. It’s gluten-free and contains no artificial preservatives. It’s thick and carries a big kick. The fruitiness of the tomatoes is evident, as is the acidity. It’s not cloying like the average supermarket stuff, but much more nuanced. 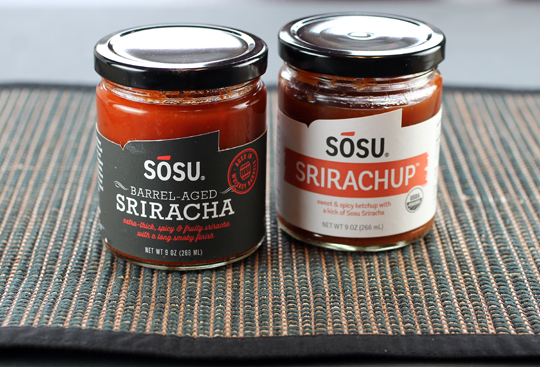 The Barrel-Aged Sriracha is plenty spicy. But more than that, it’s quite complex for having only four ingredients in it: organic chili peppers, organic garlic, organic brown sugar, and salt. There’s a subtle smokiness imparted from the 3-month aging in oak whiskey barrels that just makes you want to spoon some over grilled meat. It’s far fruitier than the Red Rooster Sriracha, and less sweet, too. From the first taste, you know you’re enjoying a real artisan product made with a lot of thought.

Sosu Classic Ketchup and Srirachup are available at Bay Area stores such as Bi-Rite, Rainbow Grocery, Berkeley Bowl, and Monterey Market. Each 9-ounce jar is $6.

The company is in expansion mode with a Kickstarter campaign through March 8. The funds will allow Murphy to produce more of the Barrel-Aged Sriracha and to expand into other products such as Barrel-Aged Hot Sauce and Sriracha Salt. And yes, if you make a contribution, you receive various products in return.