Mixx Adds to the Mix of Downtown Mountain View 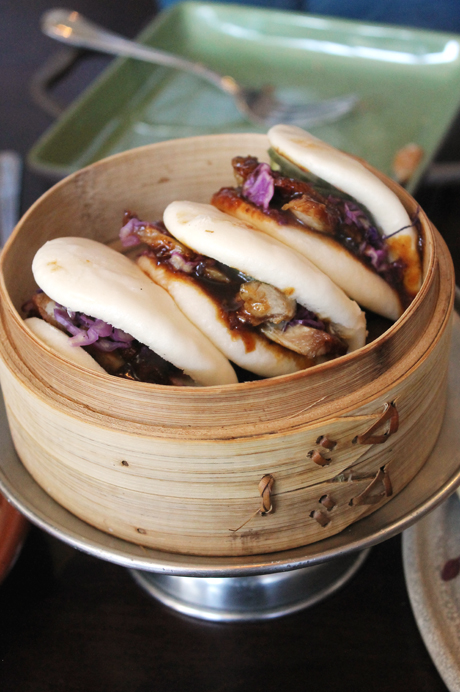 Pork belly buns arrive in their own little steamer at Mixx in Mountain View.

It was a shame when the short-lived Palo Alto Grill shuttered its doors earlier this year in downtown Palo Alto.

But the good news is that its Executive Chef Ryan Shelton has landed just a little farther south at the new Mixx in downtown Mountain View. The casual restaurant, which opened in September, is a much larger venue. So much so that Shelton is still amazed that he’s often doing 300 covers in one night now.

His signature seasonal New American cooking is much on display. His wife, Pastry Chef Yoomi Shelton, who worked alongside him at the Palo Alto Grill, is not in the kitchen here. But her presence is still felt, such as in the addictive homemade pretzels baked in the shape of a wheat stalk here that’s her recipe. 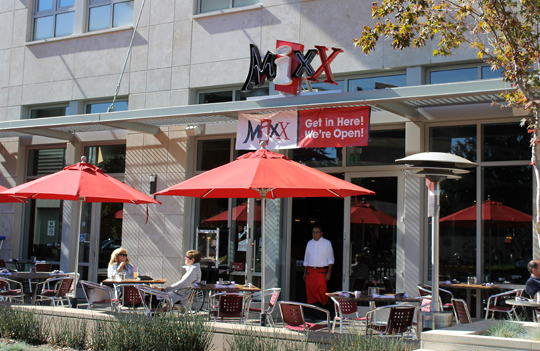 On a sunny afternoon, you can enjoy lunch outside.

Over lunch and dinner with two different friends, I had a chance to try quite a few dishes. Each time, we paid our tab at the end of the meal. You can make a meal from the small plates alone. But there are plenty of larger plates worth investigating, too.

Maybe it’s my Chinese heritage, but I can never resist a pork belly bao. Here, they’re billed as sliders ($12) and come three to an order. The pillowy clamshell buns are filled with big pieces of pork belly that are nicely crispy on the edges. The meat isn’t as fatty as other pork belly I’ve had, which may be a boon to some who feel guilty enough indulging in such a decadent porcine cut.

Kabocha is my favorite hard winter squash. It gets dressed to the nines here in big wedges that are roasted and blanketed with ricotta, sage and parmesan brown butter ($8). It’s a perfect bite of sweet, creamy, umami and total comfort. 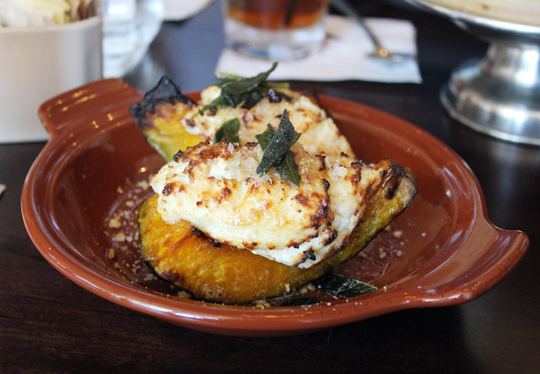 A kabocha squash dish I want to try making at home. Fries cooked not once, not twice, but three times. 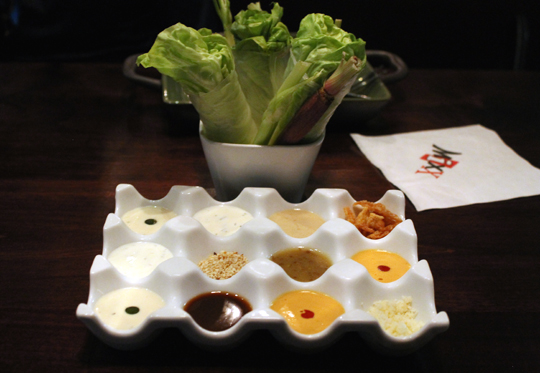 A novel way to eat your salad.

I was a fan already of the Triple Cooked Fries ($5) that Shelton served in Palo Alto. In Mountain View, they’re even better. Crisp beyond belief, so that they shatter and give way to a fluffy, almost creamy interior. Little mason jars of ketchup and lemon garlic aioli accompany them.

Butter Lettuce Rolls and Crudite ($8) invite you to play with your food. The rice paper wrapped lettuce rolls are pretty plain on their own. But then comes an eggshell like dish with divots holding all manner of sauces such as Ranch, Thai coconut, hoisin, honey mustard and blue cheese begging to be dipped into. Slender rainbow carrots come along for the ride, too. It’s a dish that would keep kids happily occupied for awhile though some adults may find it more style over substance.

Whole fried branzino ($32) brings drama to the table. It’s fried whole and stands at attention in a large platter with mild green curry sauce. It’s crisp and golden, but its flesh a bit mushy. 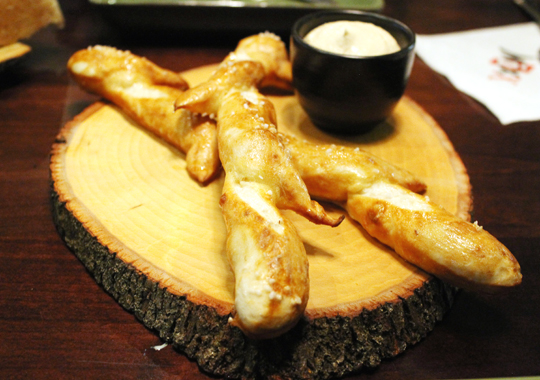 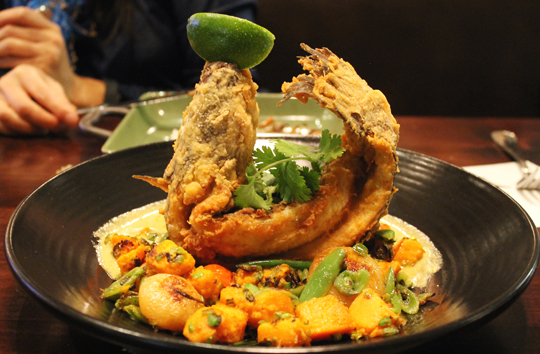 Worth the messy fingers.

Sticky Ginger Pork Ribs ($13) are lacquered with an orange glaze. Meaty and tender, they are sweet and indeed sticky. Use your fingers. It’s the only way to go.

Yoomi Shelton’s sea salt chocolate cookies and chocolate chip cookies form the basis for the duo of House Made Ice Cream Sandwiches ($10). Conveniently cut in half already, they encase vanilla bean ice cream and burnt almond ice cream. The cookies are crisp and substantial enough to hold up to the ice cream. For even more decadence, there’s a cup of thick ganache to dip them into.

For a taste of the season, the Pumpkin Creme Brulee ($9) is both stunning to look at and to taste. A palm-size pumpkin is hallowed out and dried before being baked with pumpkin creme brulee. Pumpkin seeds cover its perfectly crackly sugar top. Alongside are cubes of spice cake and sugared cranberries. The creme brulee tastes vividly of pumpkin. There’s even a little pumpkin flesh to dig into along the edges, too. 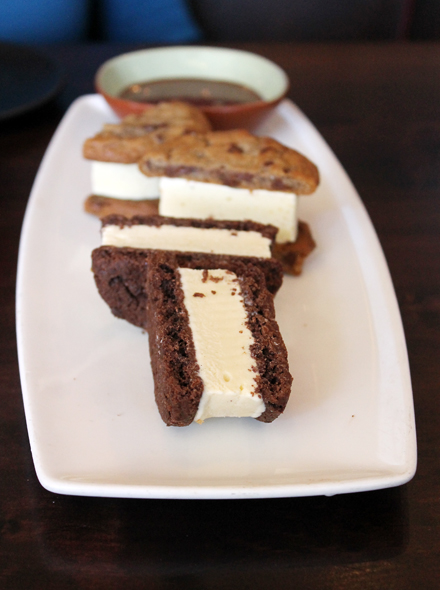 Chef Shelton may be shocked to be serving so many eager diners now. But after eating at Mixx, I’m definitely not. 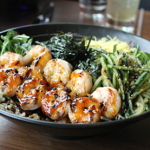 And: Stein’s Beer Garden and Restaurant 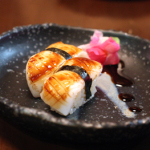