Trestle Serves Up An Astounding Prix Fixe — For $35 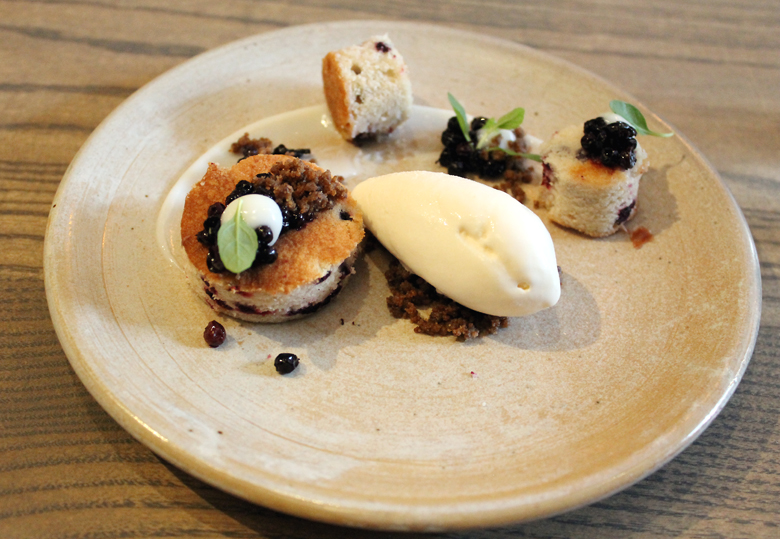 I’ve had many wonderful meals at restaurants, but never have I left at the end of an evening overcome with the emotions that I had at Trestle in San Francisco.

As Co-Owner Tai Ricci bid me adieu, I just wanted to hug her for dear life and implore, “Please, please be profitable and be around for a very, very long time!’

If you’ve found your eyes bulging out of their sockets at the stratospheric prices of some of the Bay Area’s tasting menus lately, you’ll find your peepers popping out at Trestle for another reason:

You’ll wonder how they do it — serving an extraordinary three-course dinner nightly for all of $35 per person. 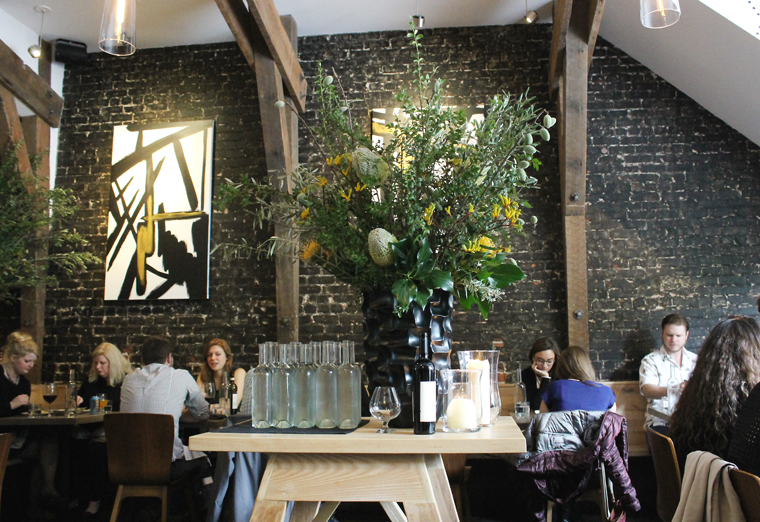 We’re not talking a slap-dash affair, either. This is food, where it’s immediately evident that great care is taken. Soup is poured tableside by your server. The skin on a fish fillet is seared till perfectly golden and crisp as a perfect potato chip. Desserts are not just plopped into a bowl, but artfully arranged with whimsy.

Even on a Wednesday night, when I dined with two friends (and we paid our tabs in full), the place was full. One of the ways Trestle makes it all work is that OpenTable reservations must be secured with a credit card number. At first you think that’s crazy for a $35 dinner tab. But then it makes sense when you realize it cuts the no-shows to near nil.

The restaurant also offers only one prix fixe per night, with just two choices each for appetizers, entrees and desserts, which makes planning easier and food costs more manageable.

You’re probably thinking that at this price, the portions must be meager and you’ll leave hungry. Not so. The servings are decidedly not super-sized, he-man portions. But there is enough so that you will leave satisfied and comfortably satiated. A corn soup to fall in love with.

We all opted to start with the yellow corn soup. Ceramic bowls were first set before each of us, cradling avocado, rings of red Fresno chili, shavings of salty Cotija cheese, whole corn kernels, and chopped cilantro, before our server poured in the sunshine-y pureed soup. It was an explosion of intense sweet corn flavor from the get-go. It may have been a cool San Francisco evening outside, but that what that bowl held personified summer rapturously. It was so glorious, I only wished I could eat another big bowl of it the next day for lunch.

Trestle also offers an optional pasta course for $10. Again, there are two choices each night. My friends opted for the pappardelle — wide, supple noodles bathed in truffle butter and vibrant salsa verde with a poached egg on top. I chose the ricotta gnudi, which brought three cheesy soft dumplings with a cascade of earthy sauteed mushrooms, the bitter bite of chicories, and the grassy brightness of shishito peppers. 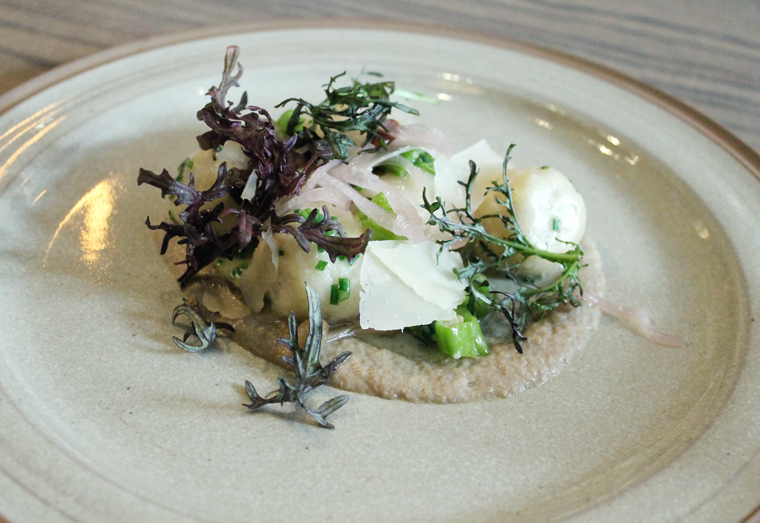 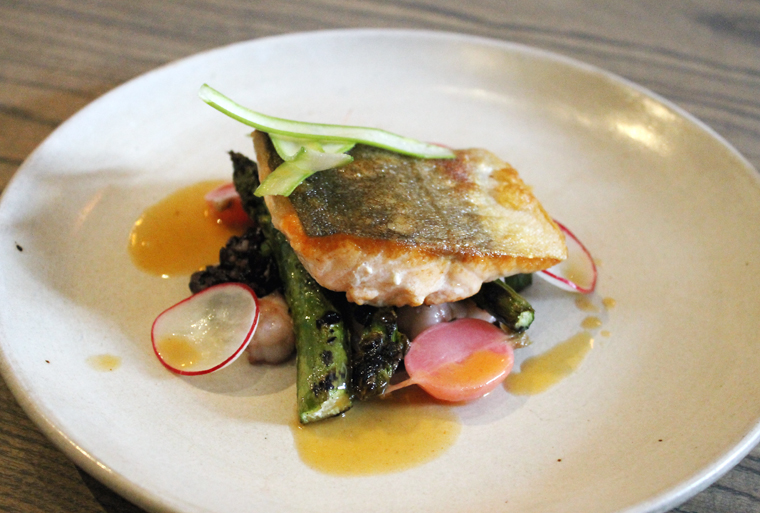 Spring on a plate with Arctic Char.

For my entree, I enjoyed Arctic Char with its perfect crisp skin. It came with nicely charred asparagus spears and pickled turnips that added a surprise on the palate.

The two desserts that night were both divine: A homespun huckleberry coffee cake served in cute little disks garnished with espresso streusel and a quenelle of vanilla ice cream; and dollops of chai chocolate mousse, thick and redolent of spices, arranged around poached pears, cardamom cream and the crunch of cocoa nibs. 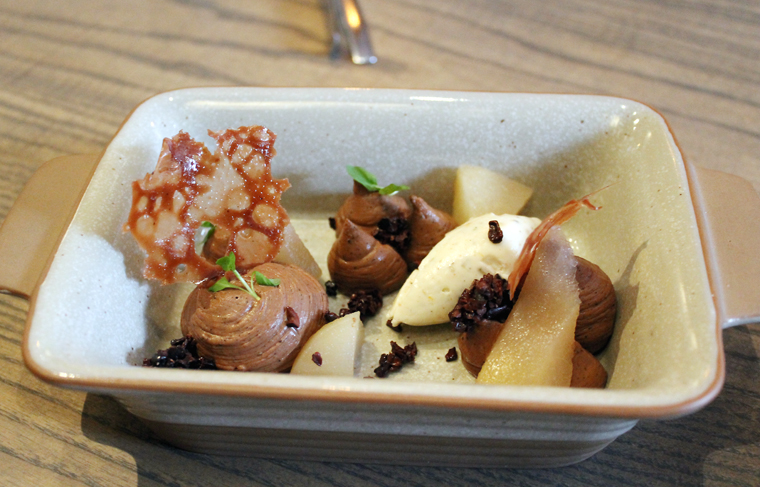 Not your average chocolate mousse.

Ricci assured me they were profitable, and that it’s possible to operate at this price point if you are smart about the way you do things.

I dunno. I’m still mystified. I’m just glad they do what they do.