Not your standard chicken.

You may know heritage turkeys as a gourmet splurge for Thanksgiving.

Now, get to know heritage chicken.

Yes, all the delicious attributes and admirable farm practices associated with a heritage turkey now can be found in chicken, too.

San Francisco-based Emmer & Co. is one company on a mission to make those specialty chickens more widely available.

Most chickens raised in the United States have been genetically modified for faster growth. Not so with Emmer & Co.’s. Their New Hampshire and Delaware chickens are certified standard bred by the American Poultry Association, the oldest agricultural organization in the country. They mate naturally, they live outside, and they grow to full market weight in 112 days compared to 42 days for industrialized supermarket chickens.

Jesse Solomon founded the company two years ago to create a product closer to the wild chickens our ancestors ate.

How highly regarded are these chickens? Just consider that they are served at such lauded restaurants as Benu, Lord Stanley, Californios, The Perenial, Rich Table, the French Laundry, and the Restaurant at Meadowood.

Emmer & Co.’s goal is to establish regional centers of production. Right now, it partners with one main farmer in Red Bluff, CA, who raises 5,000 chickens a week, a pittance compared to large industrialized poultry companies that do as many as 41 million a week. 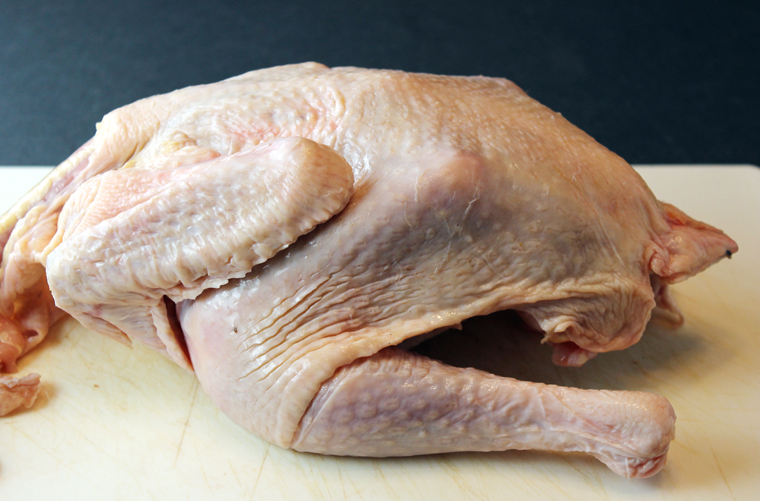 It comes with the neck still attached.

As with any specialty product in small supply, the price of this chicken is definitely higher than your typical supermarket one. A 3 1/4 pound Emmer & Co. bird is $26.99; a 2 3/4 bird is $19.99. Solomon is hopeful the price will come down a bit as the company scales. Even so, he doesn’t expect his chicken to be eaten as often as Americans routinely eat chicken, which is the number one protein consumed in this country.

“I don’t want it to be a bird everyone buys every day. That’s not our goal,” Solomon says. “Our goal is to build a premier national brand that does things the right way — to be like the Patagonia of meat.”

The chicken is available through Emmer & Co.’s online site, and at some retailers, including Avedano’s Meats in San Francisco, Deluxe Foods of Aptos, Piedmont Grocery in Oakland, and Country Sun Natural Foods in Palo Alto. The chickens also can be ordered through AmazonFresh and Williams-Sonoma. They are sold frozen except to restaurants, which receive them fresh.

Solomon let me try a sample of the 3 1/4-pound chicken. The first thing you’ll notice is that the breast is much smaller, in the same way it is on a heritage turkey. It’s a leaner bird, too.

I followed the high-heat roasting method in a recipe on Emmer & Co.’s web site, in which the chicken is roasted at 475 degrees for 25 minutes, before being finished at 400 degrees.

“People taste it and say, ‘This isn’t chicken,’ ” Solomon says. “But it is chicken.”

I can see why. The flesh is denser with more chew to it. The white meat also has the deep flavor of dark meat. It’s rich with a real depth of flavor. You know how with most chicken, you chew it without much thought, so accustomed are you to its flavor being so innocuous. But when you chew this chicken, it captures your attention. You notice it, you think about it, you savor it. And when’s the last time you did that with chicken? 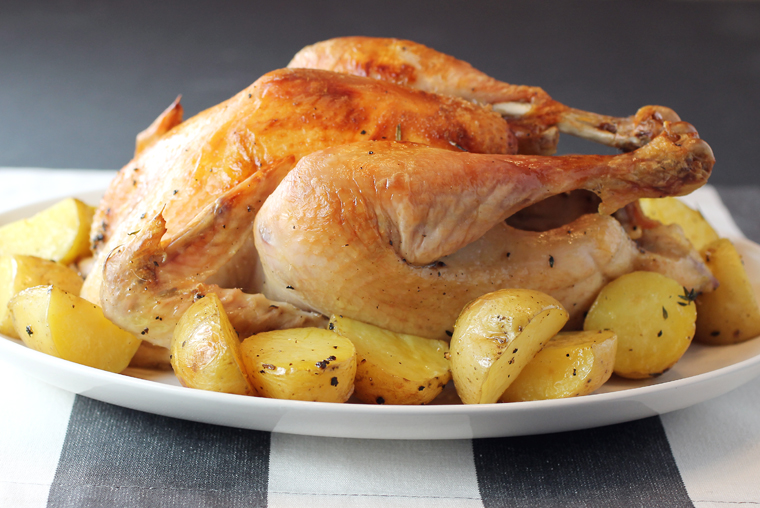 Chicken has never been this flavorful before.

Entries, limited to those in the continental United States, will be accepted through midnight PST Dec. 31. The winner will be announced Jan. 2. How’s that for a New Year’s gift?

Just tell me what your favorite preparation of chicken is — and why. Best answer wins.

Here’s my own answer: “That’s a tough one for me. I could say it was my Dad’s chicken stew, cooked in a pressure cooker with big chunks of potatoes and carrots. I could say it was my Mom’s big pan of chicken drumsticks marinated in a funky, pungent fermented tofu sauce. I could say it’s the RoliRoti chicken that turns on a rotisserie with its fatty juices dripping lovingly onto a heap of potatoes. I could say it’s the famed Zuni Cafe roast chicken with its crackling skin, and bread salad that soaks up all the pan drippings. I could say it’s the preserved lemon-marinated roast chicken at Mourad in San Francisco, which is so incredibly juicy and comes with irresistible brown butter couscous. In the end, I love each and every one of those. But I probably love roasting my own chicken at home even more. It makes the house smell heavenly. It’s classic comfort food I never tire of. And best of all, at home, I can dig in with my fingers to get every last morsel with no shame at all.”