Airy and buttery as can be.

1. Croissant at Arsicault Bakery in San Francisco. When Bon Appetit magazine anointed this small, family-owned business its best new bakery in the country in 2016, it set off a stampede that has yet to let up. Go at any hour of any day, and you’ll likely be greeted with a line of folks hankering for croissant perfection. I finally managed to be up in San Francisco early enough on a Saturday to snag one. Even at 8:15 a.m., there was already a line of about 20 people. Because the plain croissants seem to go first, the bakery is always baking them. That means even if you have to wait five minutes after paying to get your hands on one, it is so worth it. I’d never had a croissant right out of the oven like this. The exterior was crisp, the inside full of ethereal layers that gushed with steam when I tore into them. The taste of rich, high-fat butter was evident through and through. Set your alarm clock and head there early. For $3.50, it’s a downright steal, too. 2. Husk Meringue at Cosme in New York. I’ve had this twice already, and I’d still go back to have it again. Mexico City Chef Enrique Olvera’s innovative, modern Mexican cuisine has won accolades far and wide. You can’t go wrong with the main courses and cocktails at this chic Manhattan spot. But there’s a reason why this particular dessert ($16) is so instantly recognizable and adored. It is both familiar and like nothing you’ve ever had before. A crisp, cloud-like meringue shell is made with egg whites, sugar and charred, ground corn husk. For serving, it is split, then dolloped with softly whipped cream and velvety pale yellow corn mousse. The final touch is a sprinkle of very fine chili powder. It’s sweet, slightly savory, intensely corn-like, and lingers in your mind like a treasured dream. 3. Surf Clams at Great China in Berkeley. The Peking duck gets all the glory at this family-owned Chinese restaurant — and it’s magnificent. But you’d be remiss if you passed up the surf clams ($9.95 per pound). Brought in from Washington, these clams are huge. So much so, that when they are presented split in half, two surf clams will serve four comfortably. They’re steamed with mirin and soy sauce, then garnished with scallion threads before being drizzled with hot oil. The clams are sweet with just a little bit of chew. Don’t forget to spoon some steamed rice into the remains inside your clam shell to soak up and enjoy all those lovely juices. 4. Roast Chicken at RT Rotisserie in San Francisco. This may be the best roast chicken you’ve ever sunk your teeth into. And I don’t say that lightly. Sure, I’ve had my share of juicy roast chicken, and chicken with undeniably crisp skin. But leave it to chefs Sarah and Evan Rich of the newly crowned Michelin one-starred Rich Table to create a roast chicken ($19 for a whole; $10 for half) with those attributes — and a whole lot more. It’s brined for 24 hours in seasoned buttermilk, then hung for two days to air-dry the skin. It’s then cooked on a rotisserie, and after you order one, it’s crisped under a broiler. It comes with your choice of house-made sauces. But truth be told, this bird has so much wonderful flavor all on its own, you don’t need anything else on it. You’re sure to pick the bones clean on this one. 5. Local Radishes with Sea Urchin Butter at Acacia House in St. Helena. The menu changes frequently at this restaurant, so this dish ($10) is not always on the menu. But when it is, order it. Chef Chris Cosentino has built his reputation on gutsy flavors and preparations. So when he makes sea urchin butter, let’s just say the emphasis is resolutely on the sea urchin. As it should be. The sweet baby radishes, still with their green tops, get arrayed over a thick, creamy puddle of whipped sea urchin butter. The sweet, brininess of the urchin sings loud and clear. If only you could smear this glorious stuff on everything. Get ready for the juices to squirt out.

6. Hanetsuki Gyoza at Izakaya Rintaro in San Francisco. Imagine the love child of Chinese soup dumplings and Japanese gyoza. That’s what you get here. Chef-Owner Sylvan Mishima Brackett creates delicate, pan-fried dumplings with a lacy crust that are filled not only with gingery pork but chicken foot jelly. It’s the latter that makes these gyoza squirt with savory broth at the first bite. My friend Ben says when he first tried the gyoza, he immediately re-upped and ordered a second serving. I’m definitely following his lead the next time I’m here. Tortelloni with a hint of miso.

7. Devil’s Gulch Rabbit Tortelloni at Madcap in San Anselmo. Japanese influences have played a large role in Chef Ron Siegel’s cooking over the years, ever since he journeyed to Japan to become the first American chef to best an “Iron Chef” on the original Japanese culinary competition. But his fine-dining chops — honed at such places as the French Laundry, where he was the opening sous chef — know no bounds. Case in point — Italian tortelloni ($16 a la carte or as part of the $80 tasting menu), which is sheer perfection. He hand-makes the pasta sheets in his compact kitchen, before filling them generously with tender, juicy rabbit. They’re served with Parmesan foam, chanterelles, and a puree of mushrooms flavored with — what else — Japanese miso for a delicious concentrated burst of savory umami. A gorgeous salad that tastes even better than it looks.

8. Sprouted Mung Bean Salad at Dosa. OK, admittedly, this salad ($12) may not possess the sexiest of names. But when it is set down in front of you, it is absolutely alluring. Mung beans, you ask? Really? Yes, when they are part of a vibrant mix of house-made paneer, coconut, Asian pears, orange, cumin and pomegranate. This is a salad full of colors, textures and flavors. It’s crunchy, creamy, earthy, fruity, tangy, and everything in between. I could eat this salad every week and never tire of it. Chef Arun Gupta, who just moved from New York City, where he worked at Grammercy Tavern for many years, has fallen for the Bay Area’s farmers’ market bounty. It shows especially in this dish, which is the epitome of freshness. The creature from the green lagoon? Nope, one of the most interesting dishes I had this year.

9. Dengaku of Young Bamboo at Shibumi in Los Angeles. Again, the name alone of this particular dish ($16) might not make you sit up and take notice. Even when it’s served to you, the charred green blob on the plate doesn’t necessarily inspire lust. But hands down, this is one of the most unusual and extraordinary dishes I had this year or any. The bamboo is cut cross-wise and served like an artichoke. Tear off a piece, dip it into the aforementioned mound of thick shiso-miso, and scrape off the tender part with your teeth just like you would an artichoke petal. The combination of shiso and miso was a flavor bomb. It tasted pungently salty, fermented, super savory, and minty-herbaceous. I couldn’t get enough of it. Don’t fear the fat. Embrace it — with open arms and mouth.

10. Porchetta Di Rancho Llano Seco at Vina Enoteca in Palo Alto. My friends and I were still swooning over this pork days after enjoying it. That’s how incredible it is. The restaurant gets this top-notch pork from Chico’s Llano Seco ranch. The pork roast is roasted skin-on with herbs. A thick slab comes to the table with a glistening cap of fat attached. It’s some of the juiciest pork I’ve had, with a delectable thin layer of crisp skin to boot. The pity? The restaurant will probably have it on the menu for only a couple more weeks. Apparently, it is not a big seller. People, what is wrong with you? As our waiter explained, people seem to get thrown by it because it’s a $70 dish meant to be shared. Also, he says, people seem to be put off by the fat on it. I’m here to tell you that you should eat the fat, because it has so much decadent porky flavor in it. I’m not saying you should eat this every day. But you have to try it at least once. Sure, it’s $70, but it could easily serve 4 to 6 people. It comes with a side of roasted wild mushrooms, and if you add a couple of pastas, you have plenty for everyone. Although it won’t be listed on the menu, the server says diners still can ask for it. So there you go — speak up, and it’s yours to gush over. 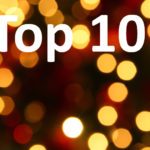