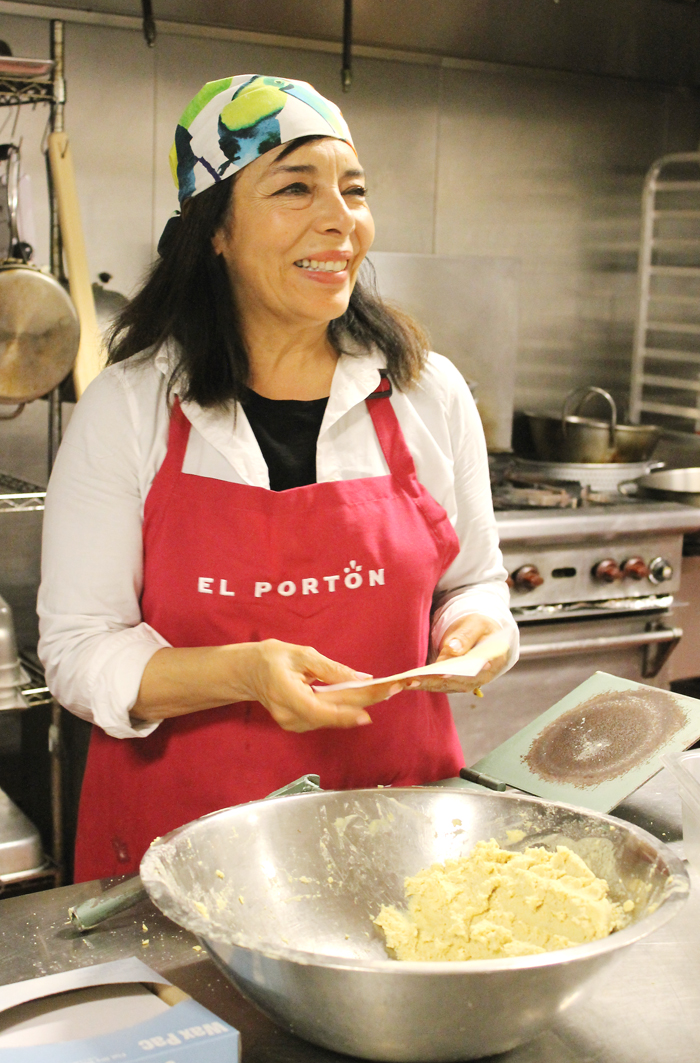 The first thing you notice when you step through the doors is how transportive the space is. You feel as if you are dining at a vibrant restaurant in Mexico City. Dominguez’s son, Alfonso, co-owner of the restaurant, as well as an architect, designed the light-filled space that sports exposed brick walls and a gleaming pressed tin ceiling. Wood chairs have been painted and distressed. Striking canvases hang on the walls. And black-and-white Mexican movies from the 1950s are projected on a wall in the bar. 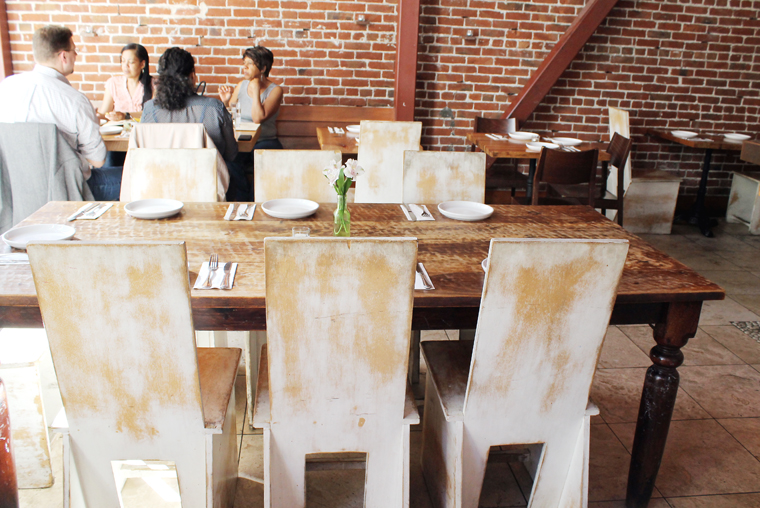 Distressed chairs that her son made. A view into the open part of the kitchen.

The Maria Bonita ($12) is a fine way to get things started. It’s floral-forward with chamomile, cardamom, lemon and El Silencio mezcal. Or go for a Margarita de Tamarindo ($13) that has just enough lime, and sports a curvy swooshed rim of chile-tamarind salt that Ben found a little reminiscent of that sweet-puckery Hawaii staple, li hing mui (salty dried plum).

“Antojeria” means “cravings” and the dishes are meant to be shared, which is exactly what we did. 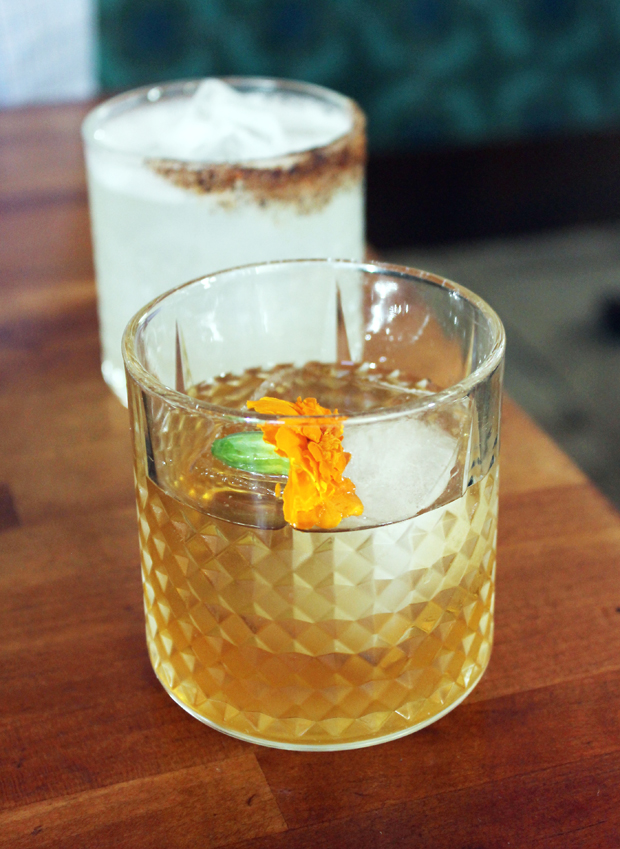 The “Maria Bonita” (front) and the Margarita de Tamarindo (back).

The Emapanadas de Platano ($8) are unusual in that they don’t sport a crisp, piecrust-like exterior. Instead, this one is much softer, owing to the fact that plaintains are in the dough. The half-moons are filled with black beans. A dollop of crema and a puddle of delicious mole accent the dish. I loved how the sweetness of the plaintains added another dimension to the earthy mole. 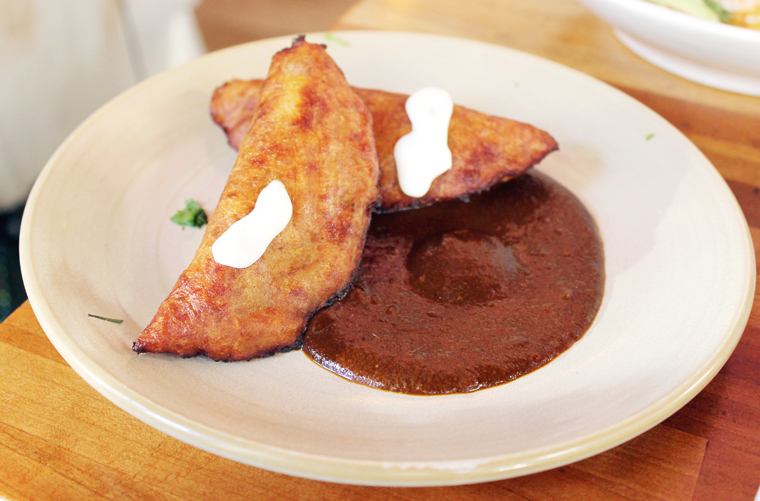 We ordered the Vegetales Asados ($9) mostly because we felt guilty not getting some vegetables into the meal. Little did we know that we’d be presented with such a beautiful plate of grilled corn on the cob, zucchini and peppers. You could sense the care taken with each of the vegetables, which were all drizzled with a creamy thick tamarind sauce the color of miso dressing but sporting a fruity, tangy taste.

The Ceviche ($13) that night was made with chunks of rock cod in a fairly fire-y red chile-lime marinade with slices of avocado to help cool things off. We scooped up some with tortilla chips, made from house-made tortillas. Conchita Pibil ($24), a classic Yucatan dish, features anchiote-marinated pork steamed inside banana leaves. The leaves are removed before the pork is presented on a plate with a pyramid of white rice, hand-made tortillas and more sweet fried plaintains. The sweet, peppery meat was a tad dry on the edges, but plenty juicy at the very center. Guava flan with slices of guava.

For dessert, there is guava flan that boasts more of a pumpkin-pie rather than jiggly consistency. With its flourish of caramel syrup, it’s a sweet yet light way to end the meal.

Dominguez, a single mom whose parents were seasonal farm workers in Alameda, stuck to her guns, and built a place full of personality that truly reflects who she is. Diners are lucky to have a woman of such fortitude in their midst.