Cheddar beignets ($7) are among the most popular of the starters. I mean, how can you go wrong with hot, golden fried little savory doughnut-like morsels that get dusted with cheddar and accented with orange blossom honey? Basically, you could eat this morning, noon and night. 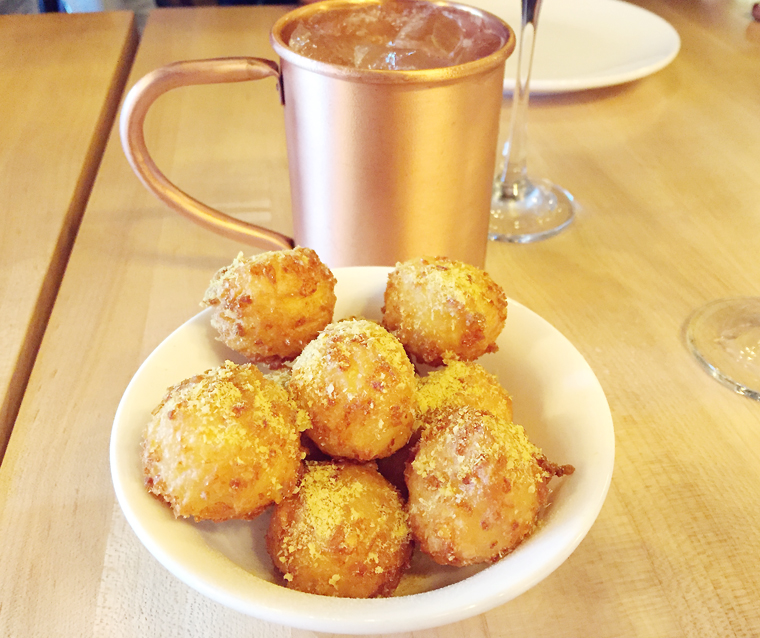 Can’t eat just one of these beignets. 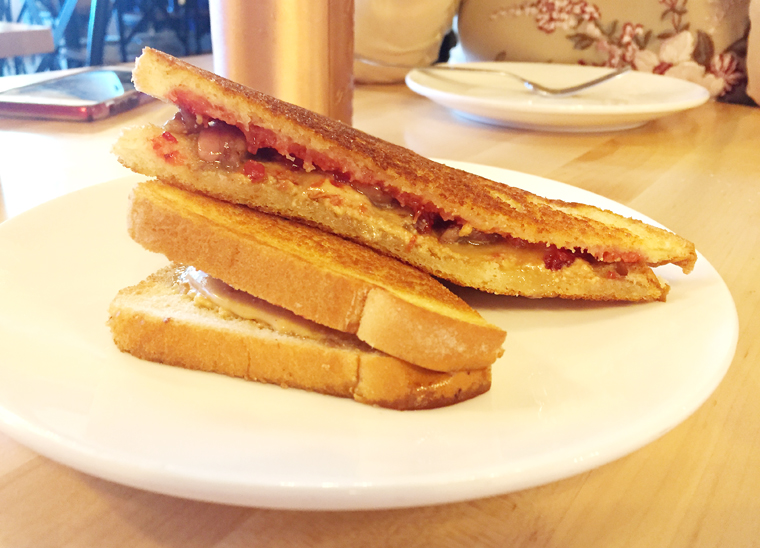 PB&J ($13) is probably like nothing you’ve ever had before. We knew there was bone marrow involved (instead of banana for the “b”). But we weren’t sure how it would all play out. Rather than actual long, split-open marrow bones, what comes to the table looks for all the world like your typical peanut butter and jelly sandwich, nicely cut on the diagonal, too. The bone marrow is incorporated into the spread. So you get the expected childhood taste of peanut butter and sweet jelly, plus more unctuous richness and a subtle back note of savoriness. One of my friends, a bone marrow fan, wasn’t sure she was down with this. I liked the creativity and unexpectedness of it.

The shaved papaya salad ($11) is a mountain of fresh, crunchy, zingy green papaya tossed with plenty of roasted peanuts, fish sauce and a citrus garlic vinaigrette. We all agreed we would come back for this alone. It’s a perfect warm weather dish that you can’t stop eating. A mountain of papaya salad.

Jimenez brought out a sample of halibut ceviche on fried tortillas. The fish was plump, nicely tangy and satisfying.

Whole roasted maitake mushroom ($12) was smoky and loamy. Potato salad accompanied it, making this a great dish for vegetarians. A sample of halibut ceviche. 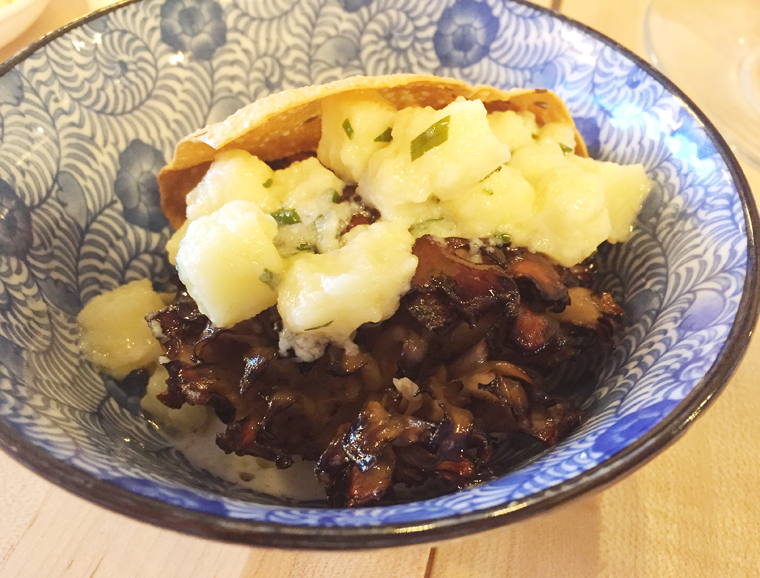 Braised pork cheeks ($23) don’t appear on area menus nearly as often as I would like. When cooked low and slow, they are as tender as short ribs, and profoundly porky. Here, they are done up with an earthy, nutty tasting mole. If there were tortillas handy, you could make one fantastic burrito out of it.

That night’s whole roasted fish was dourade or mahi mahi, its moist, flaky flesh done up with a classic citrus brown butter and plenty of capers. 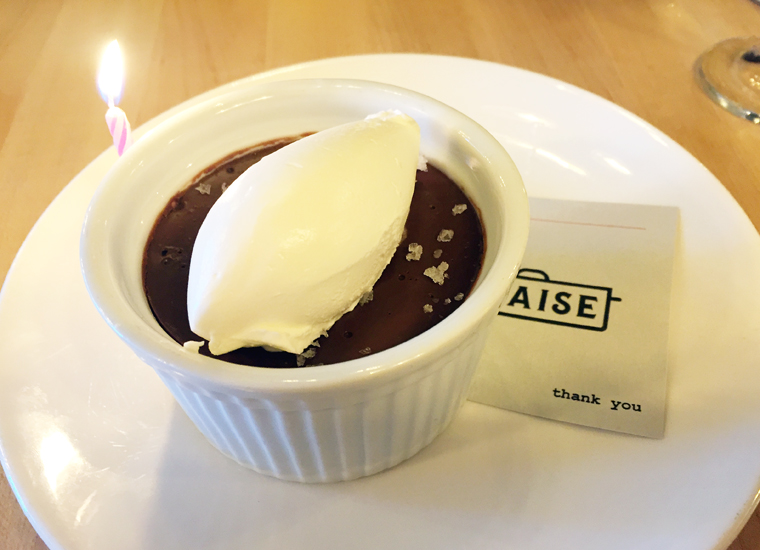 For dessert, a dense, dark chocolate pot de creme arrived with a nice sprinkle of sea salt. It’s like a thick rich ganache and just as dreamy.

It’s the kind of neighborhood place that’s sure to make friends — and regulars — easily. 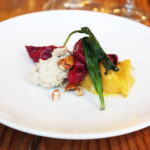 More: A Visit To The Table