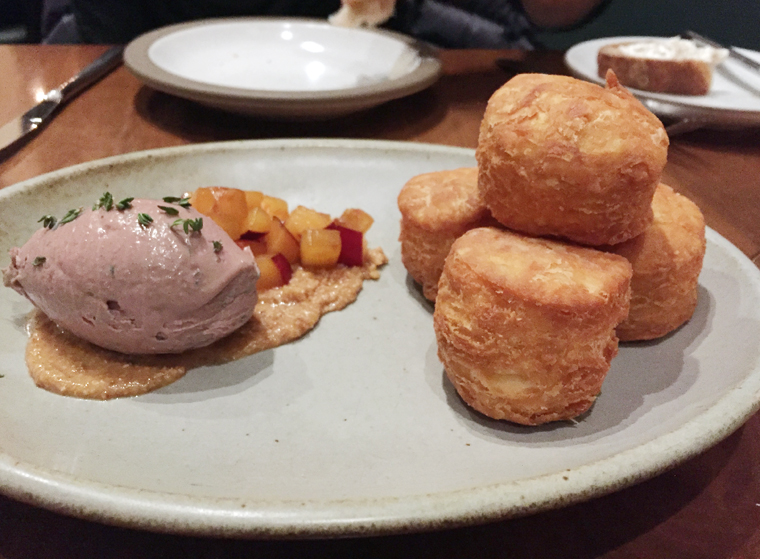 A few weeks ago, I met friends for dinner there, with us paying our tab at the end.

With a swank new bar, you know a cocktail is in order. The Goodbye Earl ($12) has a frothy cap of egg white, along with a taste of autumn in a blend of blood orange, lemon, Earl Grey simple syrup and Agnostura bitters.

When you spot biscuits on a menu, it’s hard to turn away. And when they’re fried biscuits, you’re so intrigued that there’s no turning back. Such was the case with Duck and Chicken Liver Mousse ($14) that was served with fried biscuits. Typically, pate will be accompanied by brioche or crostini. But fried biscuits — all golden, full of layers and crisp from top to bottom and all around — proved an inspired and fun choice. They are smaller, however. So do get the Acme bread that’s available upon request because you will still have plenty of supremely creamy smooth mousse to spread it on even after devouring the biscuits. Spanish Octopus ($17) also got an unusual treatment. After poaching until tender, it was batter and fried, giving it an ethereal crisp exterior. A Fresno chili relish along with chermoula added a nice punch of spice, while buttermilk sauce helped to tame everything afterward.

Main courses are limited to half a dozen choices. But you’re sure to find something to your liking.

You can never go wrong with the Niman Ranch Burger ($18). Juicy as can be, it was snuggled inside a big Acme sesame bun and covered in fontina, Russian dressing, onion, sprouts and lettuce. The pile of skinny fries were crisp through and through. 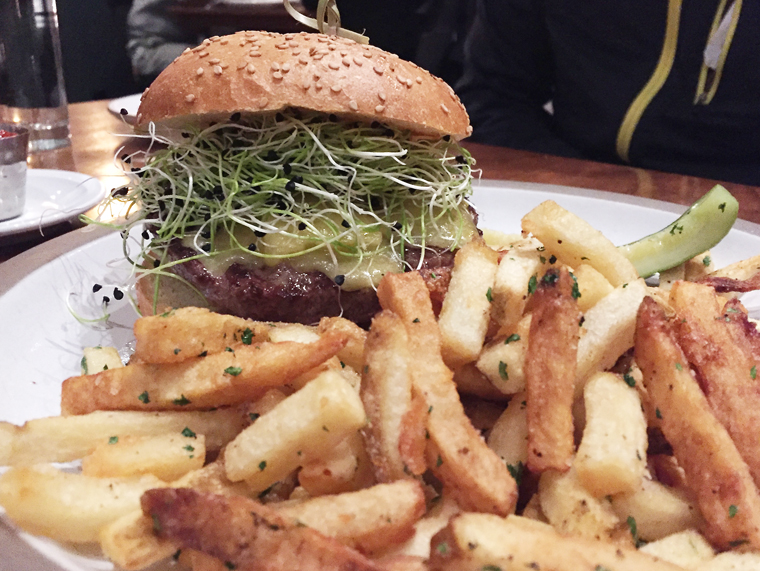 A classic burger and fries.

Braised Lobster Mushroom ($22) is indeed substantial when the meaty fungus is served on a bed of creamy butter beans, broccolini, tomatoes and goat cheese.

House-Made Papparadelle ($26) with Veal Sugo is exactly the kind of hearty pasta you crave on a chilly night. The wide, supple noodles get coated in the thick meat sauce before getting a shower of shaved matsutake mushrooms. 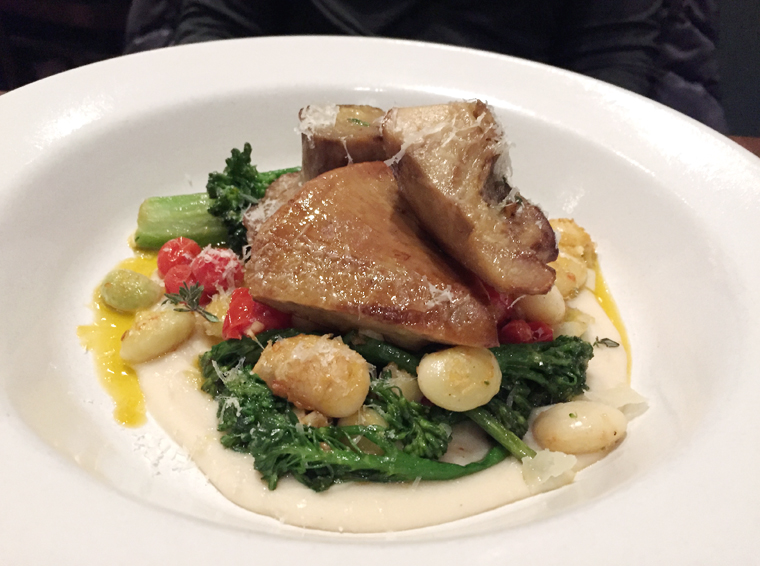 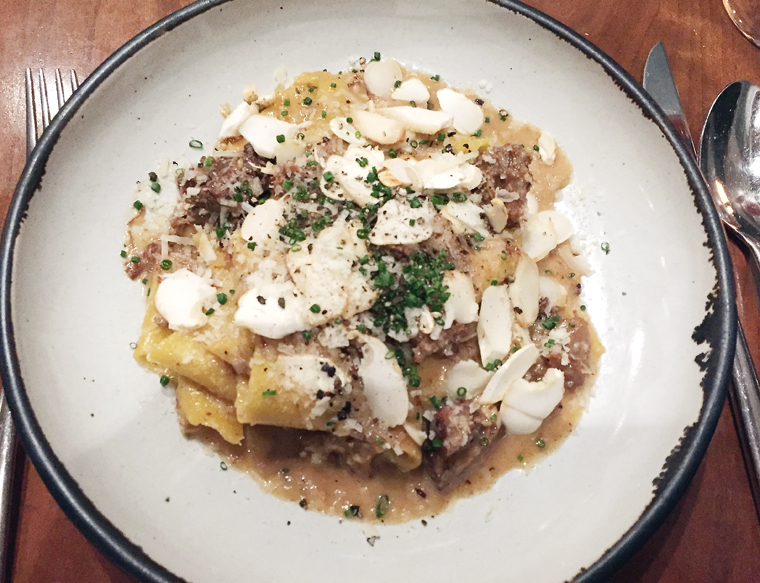 For dessert, we tucked into the Warm Apple Galette ($10) topped with vanilla ice cream. The open-faced tart was sweetened up with a cinnamon oat streusel. We only wished the pastry was flakier. Instead, it was dense in texture. 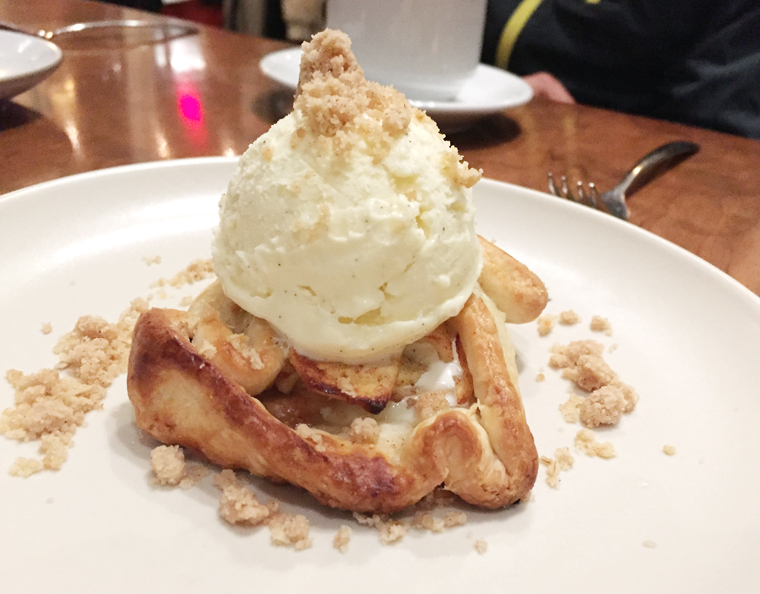 The Brown Sugar Banana Delice ($9) was more winning. Served in a glass, it was sort of like a deconstructed banana cream pie with a banana mousse layered with citrus caramel and crowned with salted peanut brittle that added balance to the sweetness.

Change is never easy. But it’s so nice to see an exciting new chapter being forged in this old hallowed space. 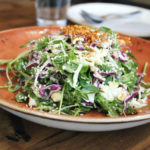 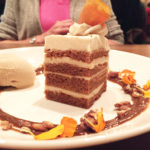 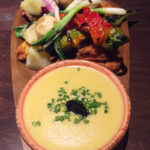 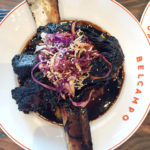 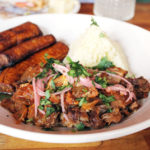 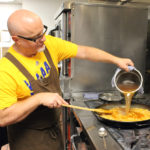 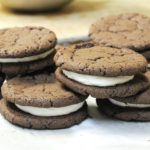