Join The Food Gal and Chef R.J. Subaba of Viognier For A Cooking Demo 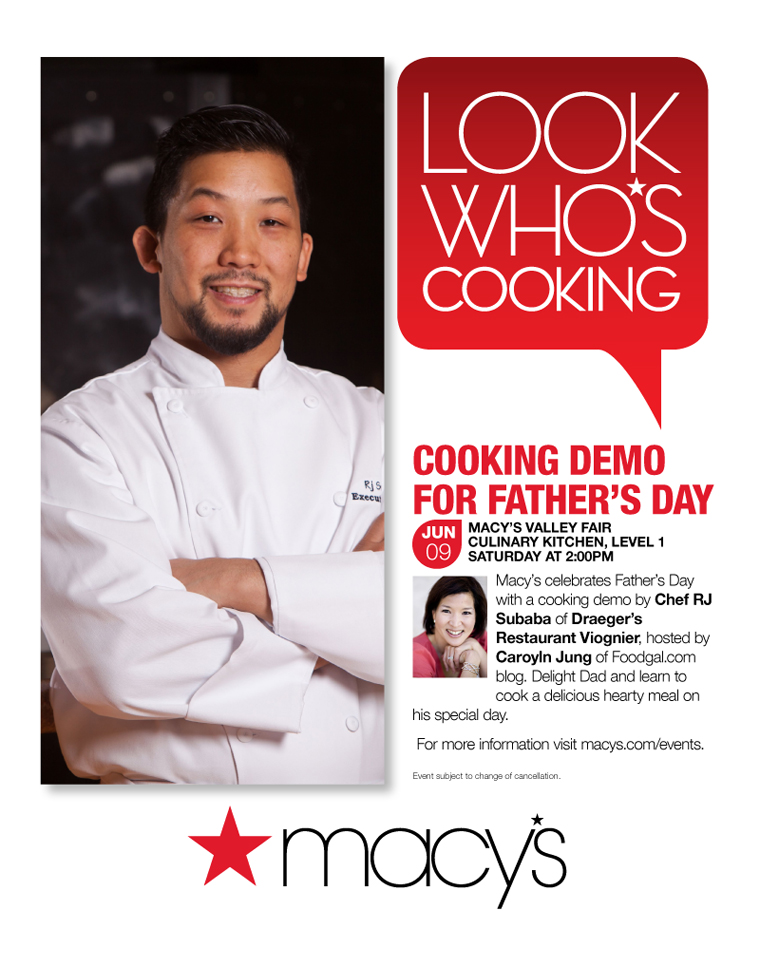 Subaba has cooked at such illustrious establishments as the Restaurant at Meadowood in St. Helena, Murray Circle at Cavallo Point in Sausalito, Madera at the Rose Wood Sand Hill in Menlo Park, and the Village Pub in Woodside.

At Viognier, located on top of Draeger’s market in downtown San Mateo, he’s bringing an approachable elegance to the fare.

END_OF_DOCUMENT_TOKEN_TO_BE_REPLACED 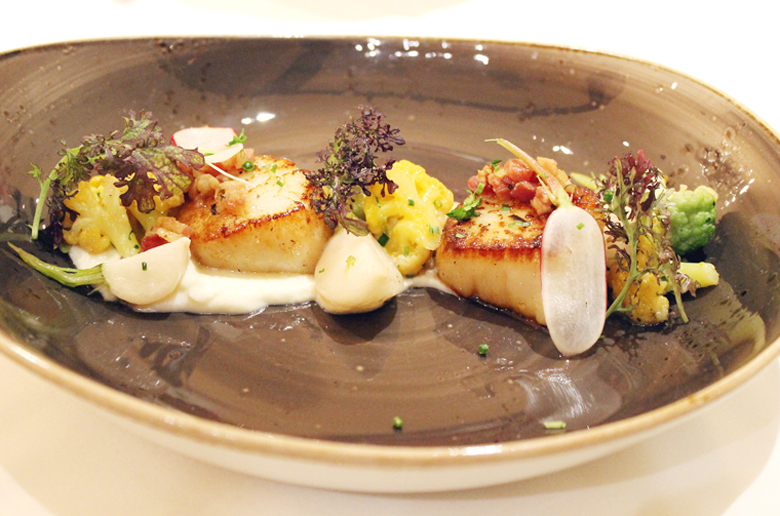 Scallops with bacon vinaigrette at Viognier.

It’s only when someone brings up the name that you think, “Oh, yeahhhhh, I remember that place…”

After all, when it debuting in 1997, it was a big deal. It made a statement by opening on the second floor of a grocery store, of all things, albeit the uber gourmet Draeger’s. And it made an impression when it lured the illustrious Gary Danko from the Ritz-Carlton San Francisco to open the restaurant.

After Danko left to open his eponymous Michelin one-starred San Francisco establishment, Viognier went through a succession of chefs. The latest one comes with impressive credentials, too. Executive Chef R.J. Subaba has cooked at the Restaurant at Meadowood in St. Helena, Murray Circle at Cavallo Point in Sausalito, Madera at the Rose Wood Sand Hill in Menlo Park, and the Village Pub in Woodside. He’s joined in the kitchen by Executive Pastry Chef Katelyn McCulloch, formerly of the Plumed Horse in Saratoga.

When I was invited in as a guest of the restaurant in December, the restaurant offered only tasting menus. But Subaba says a la carte options will debut soon. A new wood-fired grill also was recently installed.