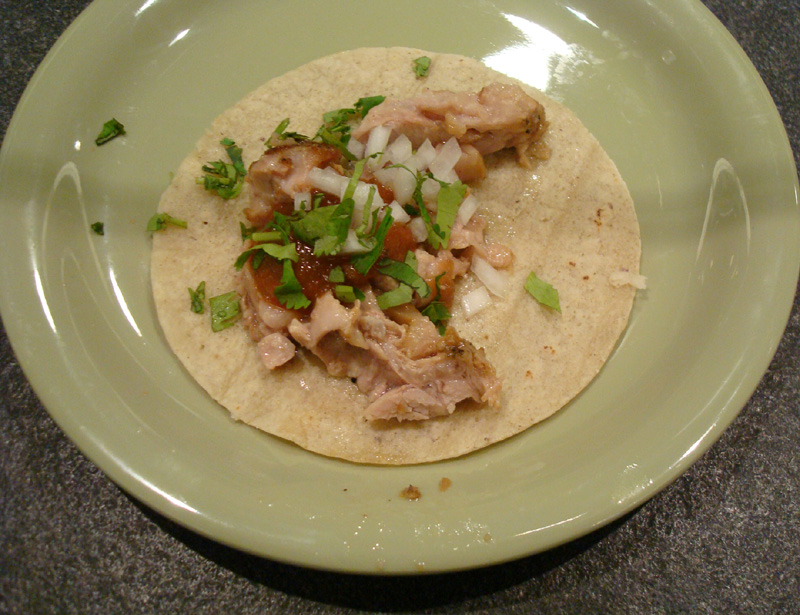 As a kid growing up in San Francisco, I happily remember elementary school field trips and teen-age outings to the magical Academy of Sciences in Golden Gate Park.

I recall sitting back in pitch darkness and watching the stars overhead in the Morrison Planetarium, thinking this was the absolute coolest place on Earth. I remember staring at the antelope and cheetah on display in the natural history museum. I remember how I couldn’t take my eyes off the ancient manatee in the Steinhart Aquarium, even if he hardly moved much.

And I remember listlessly eating burgers and fries in the museum cafe that had been left under heat-lamps for god knows how long.

The original 1953 museum was the first scientific institution in the West. After being damaged in the 1989 Loma Prieta quake, it was closed. After a $488 million renovation and expansion, the new institution is now the only one in the world to house an aquarium, planetarium, natural history museum, and world-class research and education program under one roof. 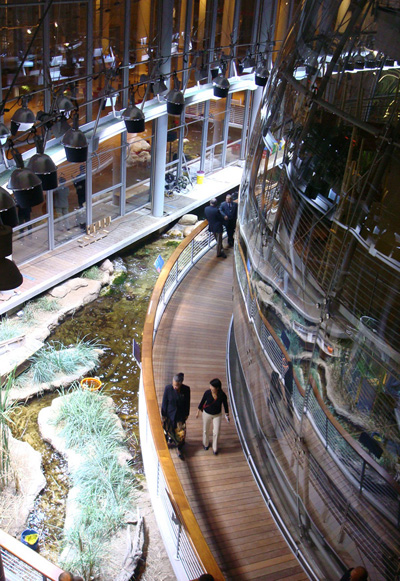 It was redesigned by Pulitzer-Prize winner Renzo Piano, who also created the Pompidou Center in Paris. Like that fanciful French center, the academy boasts an extensive use of glass, giving it a modern, airy, and organic feel. Designed to be the greenest museum in the world, it is expected to earn a “platinum” rating (the highest possible) by the U.S. Green Building Council. 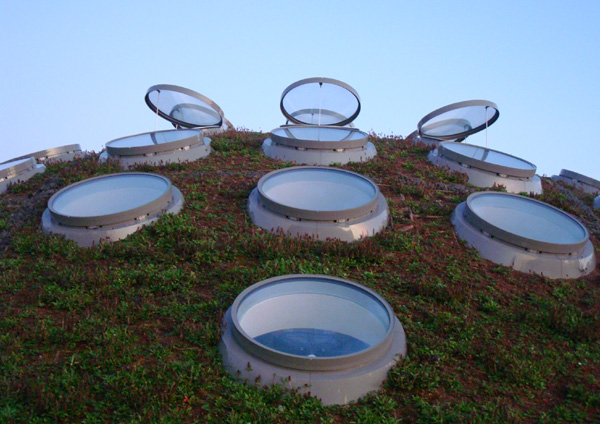 There is a “living roof” planted with native species, which is expected to reduce storm water runoff by up to 3.6 million gallons of water annually. A glass canopy with 60,000 photo voltaic cells will capture sunlight and is expected to produce up to 10 percent of the building’s needs. Additionally, building walls are insulated with old denim jeans.

The food also has gotten a much needed update, and how. San Francisco culinary legends, Charles Phan (chef-owner of the Slanted Door) and Loretta Keller (chef-owner of Coco500) have partnered to create the casual food-court-like Academy Cafe, and the full-service Moss Room. All the food served will be local, seasonal, and sustainable. 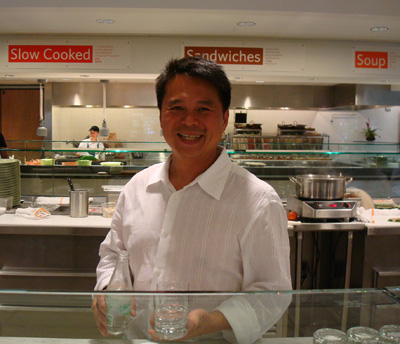 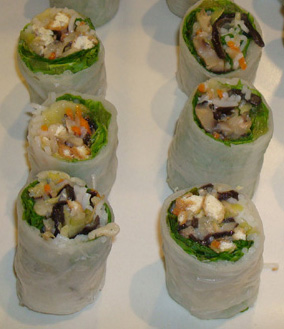 Rumor has it that the now-Bon Appetit Management Company-run cafe in the De Young Museum across the road may be itching to spiff up its food services now, too, what with the star-power overseeing the kitchens at the Academy of Sciences. We’ll have to see what unfolds….

Once you’ve filled your tummy at the Academy Cafe, fill your senses with all that the Academy has to offer. Prepare to be mesmerized from everything from the world’s deepest living coral reef display to a state-of-the-art planetarium that gets live feeds from NASA to a four-story dome that houses a living rain forest to an underwater tunnel where you can view aquatic life from the Amazon. 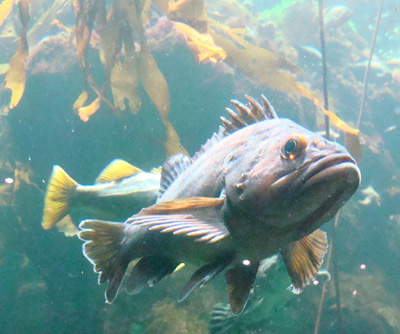 Long-time San Franciscans who remember the original building will smile that many of the exhibits they remember from their childhood are still here — the pendulum clock that tells time according to the rotation of the Earth; and the Swamp that’s home to snapping turtles and alligators (including an albino one).

The Academy expects 2 million visitors to stroll through just in the first year. I wonder how many will be like me — native San Franciscans coming back for a taste of nostalgia and leaving with a renewed sense of spellbinding wonder. 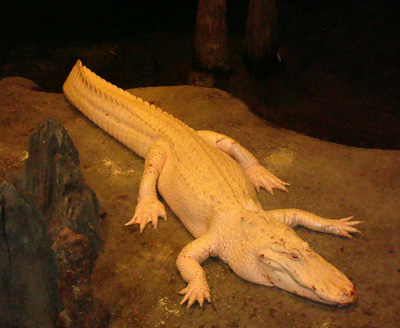