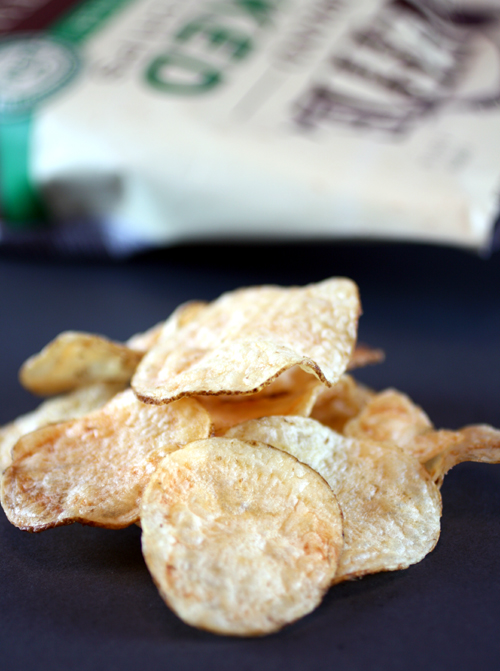 Think of this as “Potato Chips Gone to Hell.”

This is the story of when bad things happen to good potato chips.

Or the tale of a thoroughly foolish recipe for April Fool’s Day.

You see, when I spied a recipe for Potato Chip Cookies in a new cookbook, I got all intrigued. I mean, who wouldn’t at the thought of something as unlikely as potato chips being incorporated into cookie dough?

I’ve decided to let the cookbook go unnamed, since it’s not fair for me to judge the entire cookbook by only one recipe. I’ve also decided not to print the recipe here, because I’m never making it again, and I sure wouldn’t want any of you to. The recipe called for 3/4 cup of crushed potato chips, and 3/4 cup of finely chopped toasted pecans. The first batch spread like crazy as it baked. This could not be right, I thought. Maybe the author actually meant to pulverize the pecans so that they were as fine as nut flour. So, I to the next batch, I added an extra cup of pecans that had been ground in the food processor. The cookies didn’t spread as much, but they still spread quite a bit. 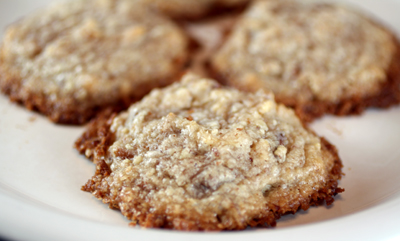 As for the taste? Greasy. And with not a lot of there there in the flavor department.

Later, I looked through other cookbooks for other Mexican wedding cookies. The other recipes all had more flour in them than this one, and no egg yolk as this one called for. No wonder these were so thin and crumbled so easily that I could barely get them off the baking sheet.

Which is a crying shame because the potato chips I used were so darned good to begin with. They were Kettle Brand’s Baked Potato Chips. I used the Lightly Salted variety I had received a sample of, which were quite crispy and wonderfully potato-ish in flavor. If only I had just eaten them as is out of the bag instead.