A Sneak Peek At LB Steak In San Jose In this skittish economy, it’s been awhile since a splashy new restaurant has opened its doors in the South Bay.

Tuesday, finally one does with the debut of LB Steak in San Jose’s Santana Row.

It’s a new concept by the Left Bank restaurant group, which already has a Left Bank Brasserie in Santana Row. LB Steak opens in the same location as the group’s former Tanglewood restaurant, which never caught on the way Chef-Proprietor Roland Passot had hoped. Indeed, even when he was conceiving Tanglewood, Passot thought a steak house would be a good fit at that spot, especially because the high-end retail-restaurant-condo complex lacked one. 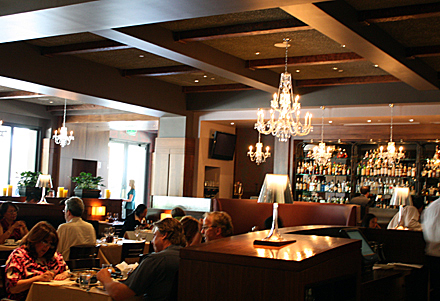 But with diners watching their pennies these days, are they really apt to splurge on pricey steaks?

CEO Richard Miyashiro thinks so, especially because at LB Steak, the biggest ticket item is the 20-ounce Porterhouse for $39.95. Unlike so many other temples of meatdom, this one has portions that aren’t all beyond ginormous.

There also are more affordable eats, such as a burger with exotic mushrooms for $14; spaghetti and meatballs with basil ricotta tomato sauce for $16.50; and whole fried snapper with shiitakes, pickled ginger, scallions, and red peppers for $28.75. 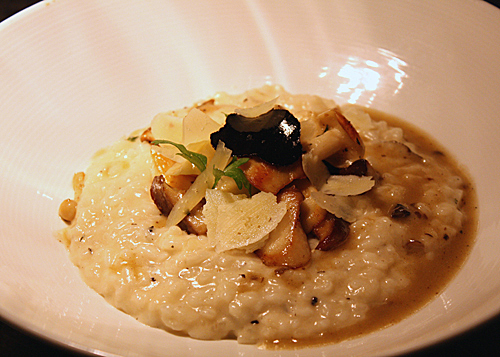 All the beef is prime grade, and comes from San Jose wholesale meat distributor, Bassian Farms. 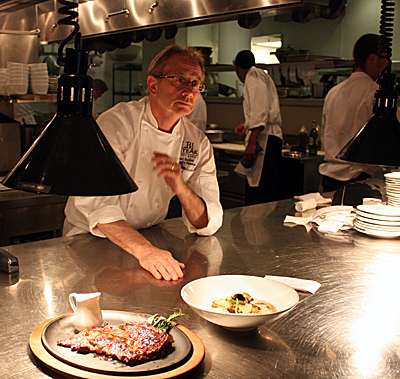 “We’re sensitive to when we’re opening,” Miyashiro says. “The challenge was to open a steak house that wouldn’t be so expensive. The prices are reasonable, and we will keep them reasonable.”

He calls the new120-seat restaurant “a steak house with a French twist” for its specialties such as escargot in Pernod garlic butter that’s stuffed dramatically inside bone marrow ($15).

And because of its casual yet elegant look — sparkly jeweled chandeliers, dark wood, cowhide chairs, and Eiffel Tower artwork.

Last but not least, do save room for the glass-enclosed pastry cart that gets wheeled to every table. Offerings are $7 each. Filled with big chocolate-chunk cookies, tiny fruit tarts, and pastel-pretty raspberry macarons as big as your palm, it’s sure to be impossible for any mere mortal to resist. 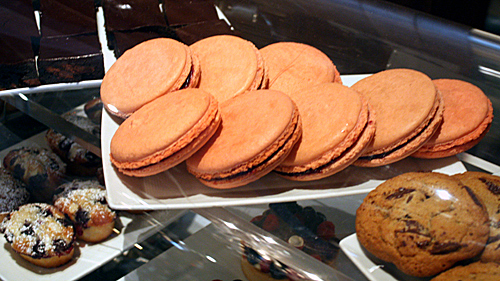 If a more substantial sweet is what you’re craving, no worries. LB Steak also offers a Caribbean sundae ($8.50) with rum raisin ice cream, passion fruit sorbet, pineapple, and mango; blackberry cobbler with Tahitian vanilla ice cream ($7); and a warm cheddar cheese souffle with crispy bacon ($7) for those who like to end their meal on a porky high-note.