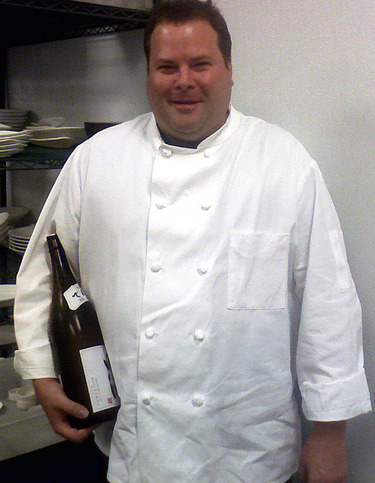 Place a glass of wine and a glass of sake in front of Stuart Morris, sous chef of Go Fish restaurant in St.Helena, and there’s no question which beverage he’d reach for.

The Japanese wine that’s brewed from finely milled rice has long captured the imagination of this 36-year-old Boston native who attended Johnson & Wales University in Rhode Island, and Le Cordon Bleu in London.

So much so that the former cook at Postrio in San Francisco and La Toque in the Napa Valley, put put himself through the arduous task of earning the title of KikiSakeShi. What “Master Sommelier” is to wine, KikiSakeShi is to sake.

Although the Sake Service Institute in Japan, which administers the rigorous exam, doesn’t keep records by nationality, Morris is believed to be only the sixth American to garner this distinction.

To showcase his talents with sake, Go Fish is now featuring a $55 three-course sake pairing dinner on Tuesday nights. Morris, who has been with Go Fish since the restaurant opened three years ago, designs the dishes and picks the sakes each week. The restaurant boasts an impressive 27 different sakes by the bottle, and eight by the glass, including a few that aren’t normally found at restaurants in the United States.

Recently, I had a chance to chat with him about why he loves sake, and just how incredibly involved the process was to get this rare certification.

Q: So how does one go about getting a KikiSakeShi title?

A: You apply and get sent materials. You have to prep for it. I got four really thick books in Japanese and one very thin book in English.

Q: Oh my. Do you even read Japanese?

I worked with some of my Japanese friends to help translate the materials. I also went online and got as much information as I could. It took a year for me to go to Tokyo to take the test after I first got all the books. 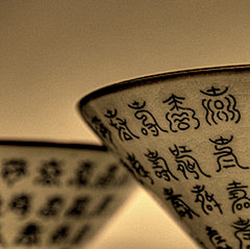 Q: When did you take the test?

A: I was in Tokyo at the end of March for 10 days. The test takes place on one day for eight hours. I arrived on a Friday night, and Saturday, I had to actually go to the place to take the test.

I walked down a street and kind of got lost. Since there is usually a police station near the train station, I stopped a policeman to ask for directions. I had the address written on a piece of paper. He started pointing and writing more directions on the paper. I got a few more blocks before I had to ask someone else for more directions, who also wrote more instructions on the paper. All in all, I had to ask 10 people for directions until I got to where I was supposed to be.

Q: Were you the only Caucasian taking the test?

A: There were 15 people taking it, and yes, I was the only non-Japanese person.

The first part is written and about general knowledge of sake. Then there’s a blind tasting of four sakes, then a traditional service test on how to serve sake, then a test about the history of sake, and finally a food pairing test, in which they give you a sake and you have to talk about what foods would be best with it.

I got all four correct on the blind tasting. But I failed the test in whole the first time because I failed the history part. I wasn’t prepared for how in-depth it would be. I took the test on a Sunday, and I failed. But I got to retake it the following Saturday, and I passed it then.

They’re not really set up for foreigners to take the test. They had a partial translator for me. Still, it was hard for me to ask questions since I don’t speak Japanese. My knowledge of Japanese is better than my speaking ability.

Q: Why put yourself through all of this?

A: I wanted to prove something to myself and others, that I could pass a test, that I wasn’t just some Caucasian guy who knows about sake.

A: I was working in a very bad sushi bar in St. Thomas in the Virgin Islands about 10 years ago. They had some good sakes on the list. I’d drink as much as I could. I would order books on Amazon to read. My wife’s sister was living in San Francisco, so I’d send her a list of sakes, and she’d go to the Japanese market to buy them for me.

When True Sake opened in 2003 in San Francisco (the country’s first store dedicated to sake), I went there to try more sakes. I was working at La Toque then, and Chef Ken Frank introduced me to Ken Tominaga (of Hana Japanese Restaurant in Rohnert Park). I’d go to Hana at the end of lunch service a couple times a week, and Ken-san and I would sit and talk about sake. He taught me a lot.

Q: What do you love about sake?

A: It’s so intricate. It has more flavor profiles than wine. With wines, you have different grapes to make different wines. With this, it’s all rice.

Sake is so delicate, yet flavorful. It goes so well with food, and can be drunk at many temperatures. You pair a warm corn soup with a warm sake, and it’s just amazing.

It’s true that in the United States that most warm sake is the cheap stuff. Junmai (made from rice that’s milled 30 percent) can be served warm or at room temperature. But anything above that grade should always be served cold. 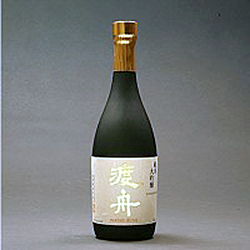 A: My favorites come from the Yamagata and Niigata prefectures (in the North of Japan).

Watari Bune Junmai is one of my favorites. I like the complexity of it. There’s also an unpasteurized version that’s made only for the spring. It has fruit and fennel tones that I just love.

Q: What’s the most misunderstood aspect of sake?

A: Americans go to a sushi bar and drink it like rocket fuel. They don’t’ understand how delicate it can be.

I have a hard time in Wine Country getting people to drink sake. They’ll order wine, and I’ll say, ‘Here, try this. It’ll go really good with what you’re eating. Just taste it.’ I do sway them 99 percent of the time.