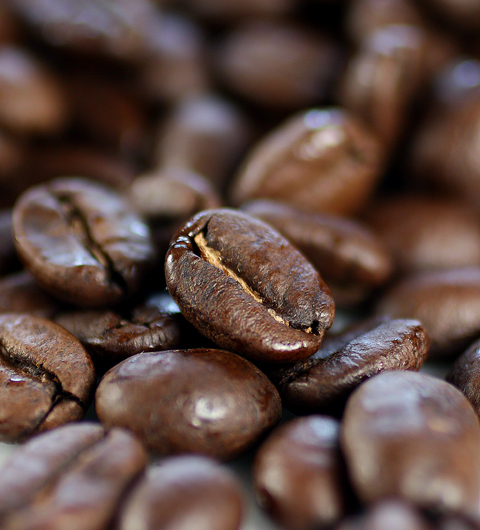 Who knew a cup of Joe could hold the promise of bettering the lives of women in one of the most impoverished countries in the world?

But that’s what San Rafael-based Equator Coffees’ new “Chido’s Blend” aims to do.

The coffee, a blend of three African beans, is named for Chido Govero, a 23-year-old woman from Zimbabwe, who was relegated to an orphanage after her mother died of AIDS. At age 12, this bright, young girl was discovered by a scientist with the ZERI Foundation, an organization dedicated to using science to come up with sustainable solutions to world problems. The scientist helped mentor Govero, teaching her how to analyze tissue cultures of local, wild mushrooms.

Govero and her colleagues at the university discovered that these incredibly nutritious mushrooms might hold the key to helping stricken communities better feed themselves. Zimbabwe, a landlocked African nation the size of Montana, has been plundered by a controversial land redistribution campaign that has crippled domestic food production. A quarter of the population suffers from AIDS. The country also has more orphans per capita than any nation in the world. Girls, especially, face significant dangers in this climate of scarcity. 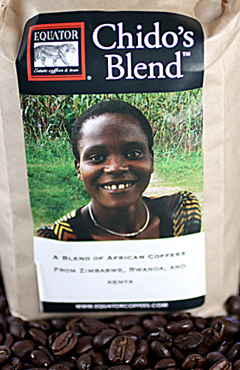 Now, Govero is teaching girls to find native mushrooms in their local areas, and to cultivate them for food and income. In this way, she hopes to give them jobs and a brighter future.

The mushrooms are cultivated using mulch composed of discarded organic materials, including husks from coffee beans. The mushrooms also provide more than food for humans. Their spores transform mulch into fiber-rich feed, which can be fed to goats and other livestock. In turn, the animal manure is composted for raising additional crops. Additionally, the mulch prevents emissions of methane, a powerful greenhouse gas, by utilizing the agriculture waste from coffee production. The end result is a remarkable ecosystem.

You may be familiar with Equator Coffees because they are served at the French Laundry, Bouchon Bistro, and Bouchon Bakery. What you might not know is that it’s also a woman-owned company known for its commitment to social responsibility.

Equator got involved in this Zimbabwe project by setting up a network of international coffee importers who are helping to teach Govero and her apprentices how to best make use of the coffee pulp.

One hundred percent of profits from each $13.95 bag of the coffee goes toward helping Govero’s efforts to empower girls at risk. I tried a sample of the coffee, which is available for purchase on Equator’s Web site. It has the deep, dark color of a mud pie, and the flavors of earth and wood.

It’s a cup of Joe that satisfies — in more ways than one.