The Country’s Oldest and Priciest Cheddar 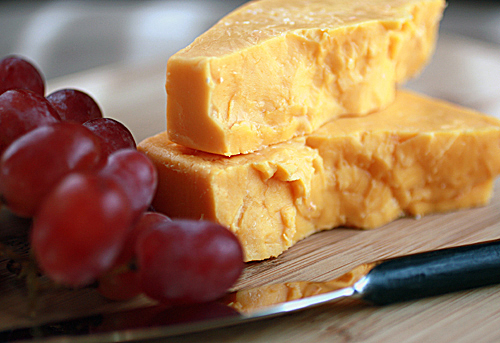 A block of vivid orange, it’s believed to be the oldest, most expensive cheddar in America.

Made with utmost patience by award-winning cheese-maker, Hook’s Cheese Co. of Mineral Point, WI, it was a holiday gift from my friend, Karen Herzog, a food writer at the Milwaukee Journal Sentinel.

When Karen first wrote about this special cheese for her newspaper, it created a sensation. NPR, CNN, CBS News, Yahoo News, and newspapers around the globe picked up her story about this cheese that had been aged 15 years and was selling for $50 a pound. 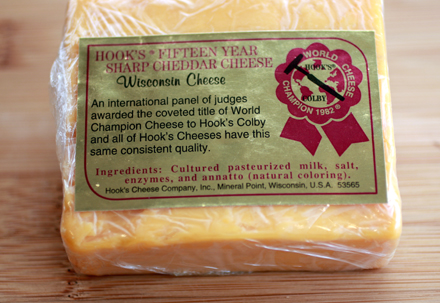 Yes, a 15-year-old, cow’s milk, sharp cheddar. That’s like half a century in wine years and an eternity in dog ones.

Apparently, the cheese started out as part of a 5,200-pound batch, most of which was sold when it reached the 10- and 12-year maturity marks. But the flavor seemed to improve so much over time that the Hooks decided to hang on to 1,200 pounds to let it continue to age.

A crumbly, yet extremely buttery cheese with a pungent fragrance that grabs your attention from the get-go. The taste is sharp and strong, but not with the wincing tang of younger sharp cheddars. Powerful, yet balanced, it knocks every taste bud in your mouth into overdrive. It’s a knockout paired with a substantial red wine such as a big California Cab or an earthy French Bordeaux.

I’ve been nibbling on the cheese since I opened the package in the mail a couple weeks ago. A little goes a long way, so a tiny nugget will satisfy in a massive way.

With the world-wide attention, the 15-year-old cheddar sold out. But those hankering for a taste will be glad to know that Hook’s plans to release a new batch in March. So how did my friend Karen enjoy her first taste of this coveted cheese? Not quite like she had planned. You’re sure to laugh when you read her account. And don’t miss her husband’s retort, too.

Karen and I first met long ago when we were both news reporters at the Fort Lauderdale Sun-Sentinel. She was a police reporter; I was a city government reporter. She was from a small farm in Iowa. I was from cosmopolitan San Francisco. I loved gourmet eats. She lived for burgers and fries, and tried to convince me that eating carrot sticks dunked into creamy, rich dip counted as her daily requirement of vegetables.

Who knew we’d not only end up the best of friends, but both successful food writers years later, too?

A cheese that’s 15 years old is quite special, indeed. But it’s got nothing on a friendship that’s endured for 24 years and is still going strong. 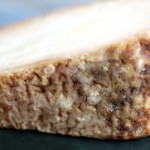 Another Interesting Cheese: Capricious, an aged goat’s cheese with a most unusual rind