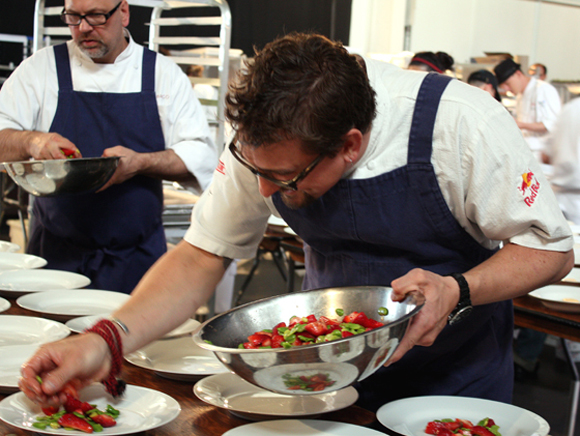 For foodies, it was indeed a starry time on Sunday evening at the lavish Star Chefs & Vintners Gala at Fort Mason in San Francisco.

About 1,000 folks turned out to don their finest and to support Meals on Wheels of San Francisco, the city’s oldest and largest provider of home-delivered meals to seniors.

The Bay Area’s top chefs and vintners provided an impressive spread of eats and drinks for this annual event, which raised $1.1 million last year for this worthy organization that serves 16,000 meals to home-bound seniors every week. Yours truly was invited to be a guest at the gala, which started off with a bang with an expansive walk-around hors d’oeuvre and wine reception, where chefs and vintners manned stations to pass out tastes of their finest. 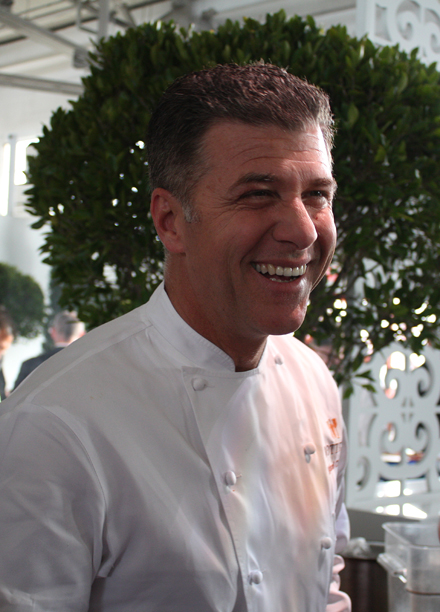 It was quite crowded in the Festival Pavillion, but well worth the effort to jockey for position for such stellar eats. 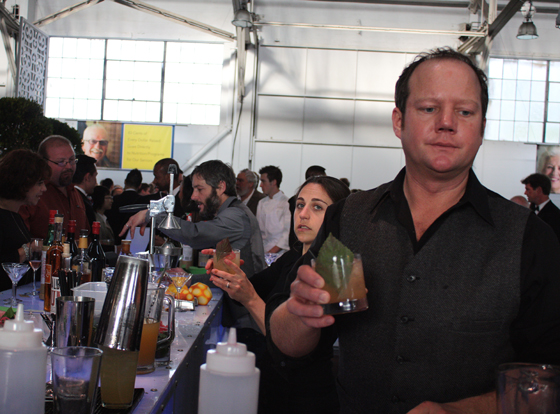 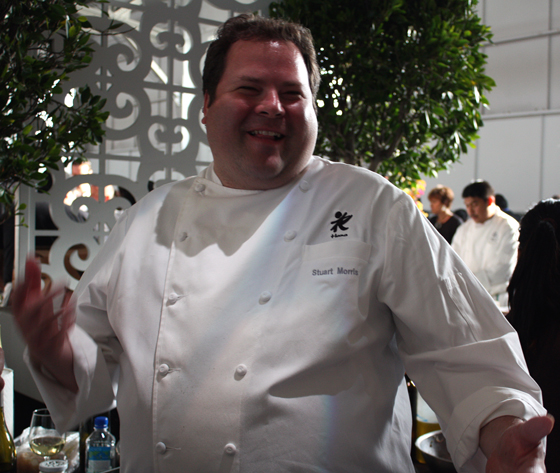 I had a chance to sneak back into the kitchen area to see the chefs scurrying about to get the first courses ready for dinner, as an army of servers lined up in formation at the ready to ferry the dishes to the dining room. 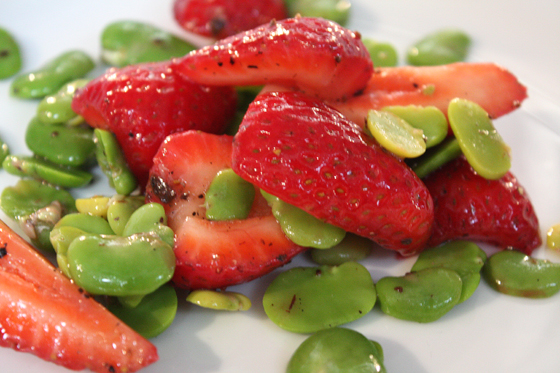 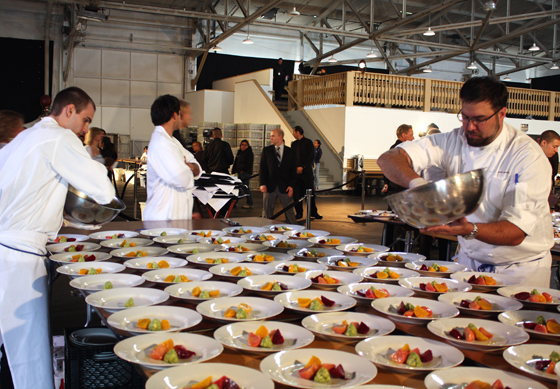 It was quite the scene, with row after row of plates lined up as far as the eye could see. And it was fun to see the sense of camaraderie, as chefs helped one another to ensure the plates got put together on time. 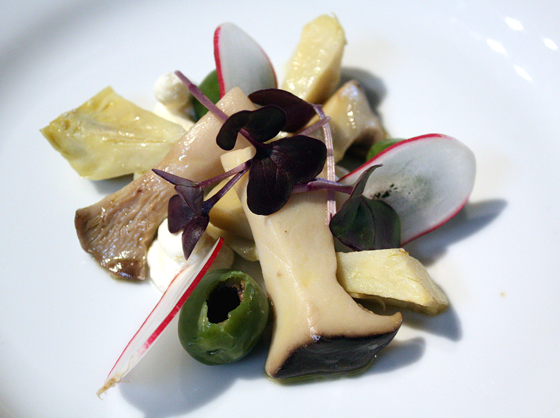 The dinner was comprised of three courses, each of which was prepared by one of 27 chefs, depending upon the table you were seated at. 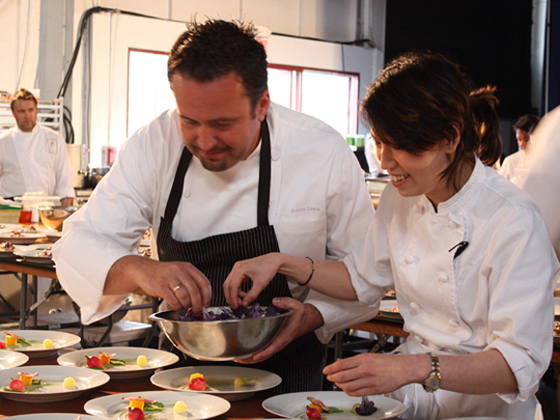 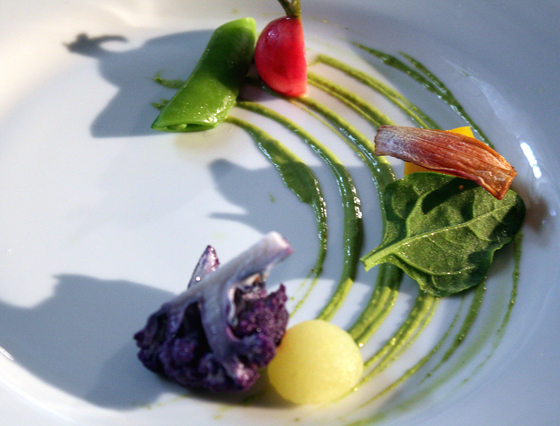 At my table, I had the good fortune to feast on creamy “Dungeness Crab and Firefly Squid with White Bean Salad” from Chef Ken Frank of La Toque in Napa, which was served with Rombauer Vineyards Chardonnay 2008. That was followed by a rustic, thoroughly scrumptious “Rabbit alla Porchetta” by Chef Peter McNee of Poggio Trattoria in Sausalito, which was accompanied by a superb Nicholson Ranch Pinot Noir 2006 that I’m definitely going to seek out on my next jaunt to the wine shop. 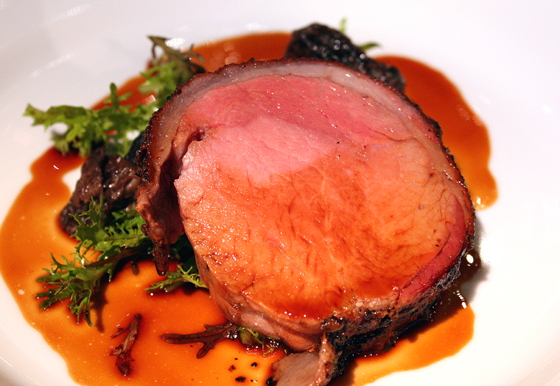 Next, a tender “Savory Roasted Veal Rib-Eye with Foraged Mushrooms” from Chef Mark Sullivan of Spruce in San Francisco, which was paired with Hawkes Winery Alexander Valley Cabarnet Sauvignon 2005.