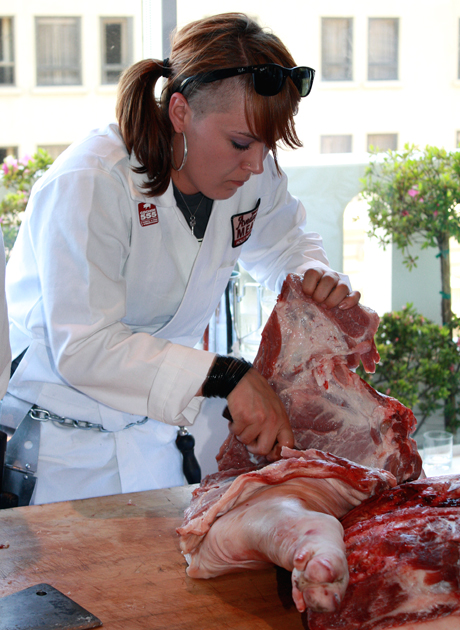 Last night in San Francisco, it was all about pig, pig and more pig.

Cochon 555, which pits five top San Francisco chefs against one another in a pork-off, rolled into the Fairmont San Francisco on Sunday night to a sell-out crowd of 450 carnivores.

Each of the chefs had to prepare a 140-pound heritage breed hog from head to toe. A panel of judges, as well as the public, got to taste the dishes to determine one winner who will go on to compete with nine others selected from around the country at the Grand Cochon at the Food & Wine Classic at Aspen, June 18-20.

In one corner, Anthony Strong of Pizzeria Delfina, whose weapon of choice was a Glouster Old Spot, known for its distinctive layer of back fat. In a second corner, Dennis Lee of Namu, dueling with a Yorkshire pig, known for its muscularity. In the third corner, Thomas McNaughton of Flour + Water, holding court with a Duroc (otherwise known as Berkshire), a favorite among chefs for its intramuscular marbling and thick fat cap.  In the fourth corner, Morgan Maki of Bi-Rite Market, with a Mangalitsa, a very rare breed famous for its high-quality lard-type fat and for having double the marbling of your average pork. Lastly, Staffan Terje of Perbacco with a Swabian Hall pig, the first time one has been shown in the United States. This unusual pig was created in 1821 in Germany, from the mating of the fattest pig in the world with the leanest. 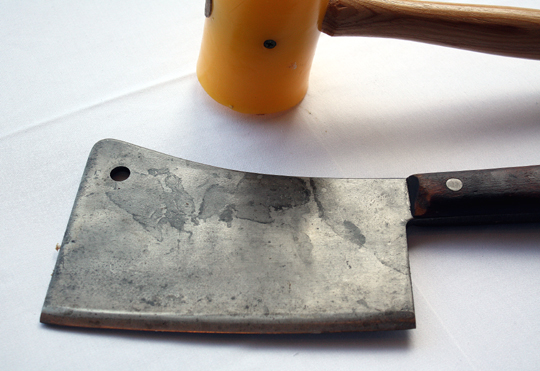 It was a chance for folks not only to taste, but to learn about some heritage breeds rarely available at supermarkets or restaurants. It was an opportunity to get up close and personal with owners of small ranches who raise these now-scarce breeds, as well as with some elite San Francisco butchers, who have become veritable rock stars for bringing back a lost art. Indeed, you’d be hard pressed to see so many people at one place armed with knives, mallets and saws. There was something primal, even carnal, about it all. 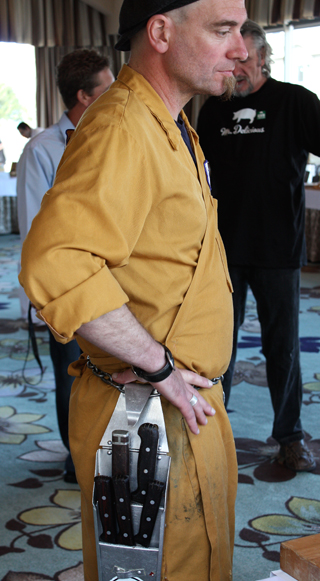 Dave the Butcher, along with women butchers from Avedano’s Holly Park Market in San Francisco, got the pig party started by demonstrating how to take apart a whole pork shoulder. To emphasize just how healthful heritage pork is, Dave the Butcher even popped a raw sliver into his mouth.

He quipped, “When it comes to the pigs we use, we try to know where it comes from, what it eats, and what TV programs it watches.”

Next came Ryan Farr of  4505 Meats in San Francisco, who spent more than an hour breaking down an entire Meishan pig from Iowa, using knives, a saw and brute strength until the animal was disassembled into neat chunks all wrapped up tidy in butcher’s paper. 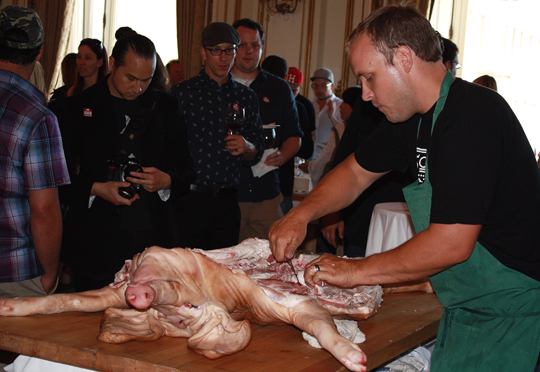 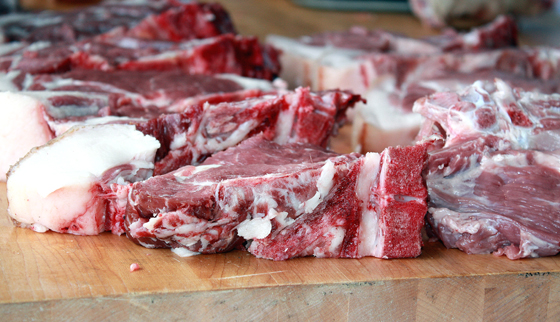 Then, the chefs got going, dishing up pig like no tomorrow.

Among the standouts was Bi-Rite’s focaccia sandwich with blood sausage, sliced thinly with the texture and flavor almost of pastrami; Namu’s musubi with housemade “Spam”; Delfina’s blood sausage and housemade sauerkraut; and Perbacco’s spicy ndjua spread atop crostini, as well as its audacious pig blood cupcakes with lard frosting. Trust me on this one — you wouldn’t have known blood was in it, as it tasted as if it were just a spectacularly moist chocolate cupcake. 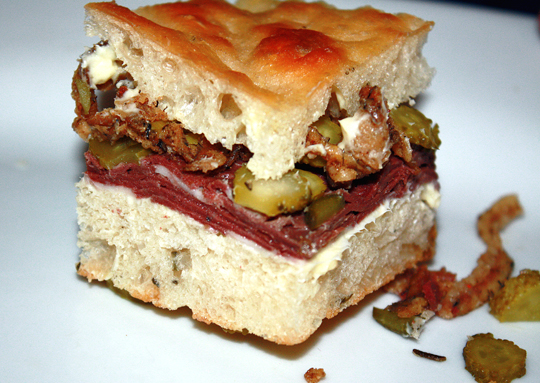 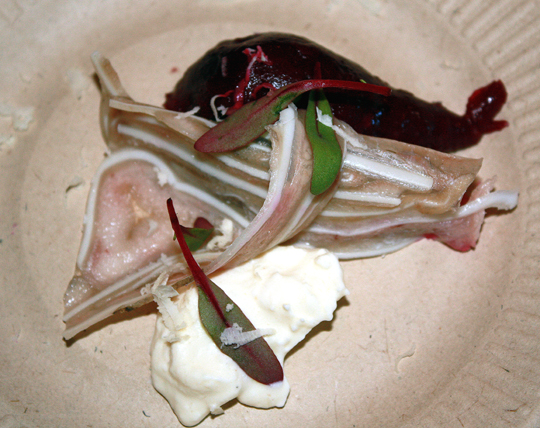 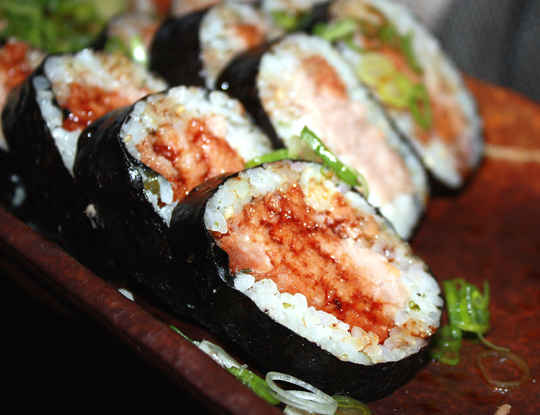 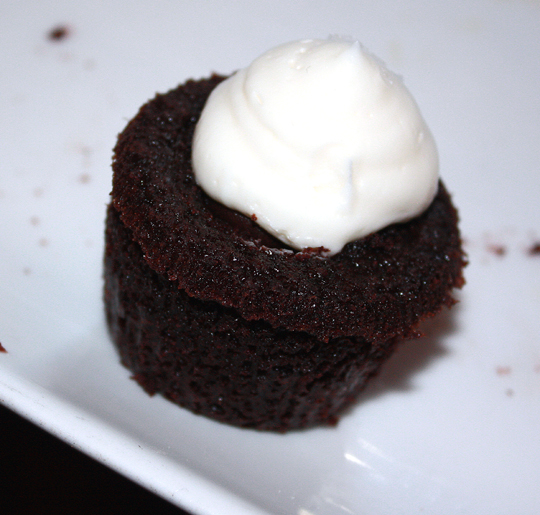 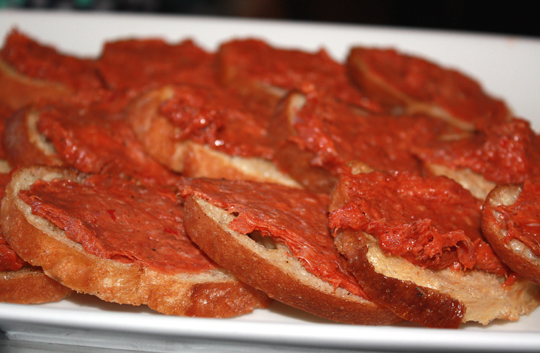 The Fairmont got into the act by cooking a whole kalua pig that was rolled into the ballroom, its shiny mahogany skin glistening under an explosion of flashbulbs. 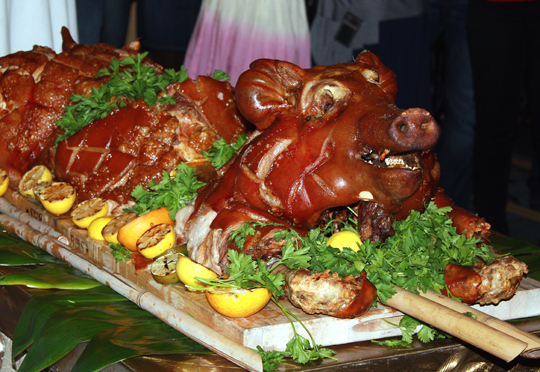 In the end, though, there could only be one boss hog. And that glory went to Perbacco’s Terje.

May he bring home the bacon in Aspen. 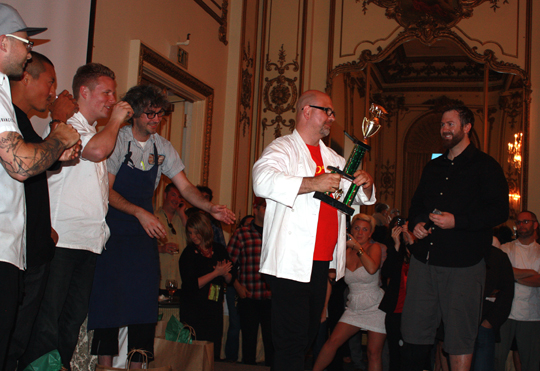