All Spice Is All Charm 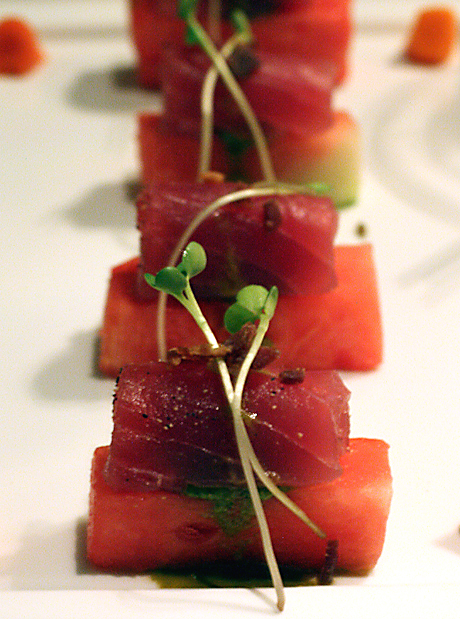 In a seemingly incongruous locale tucked back from busy El Camino Real in San Mateo sits a quaint 1906 Victorian house, where dynamic, modern Indian fare is now being created.

All Spice, which opened in November, is the latest venture by Chef Sachin Chopra, formerly of Sakoon in Mountain View, Mantra in Palo Alto, Amber India in San Jose, and Daniel in New York. It’s also the first time Chopra has partnered with his wife, Shoshana Wolff, in a restaurant venture.

Recently, I was invited to be a guest of the restaurant, which is a warren of small rooms that lend a feeling of warmth and intimacy.

Wolff greets you at the door with a cheery welcome. With a masters in Viticulture and Enology from the University of California at Davis, Wolff also is a wine-maker, growing her own grapes at her family’s vineyard in the Santa Cruz Mountains. Her Wolff & Father Wines, which she hopes to pour at the restaurant in the near future, will focus on Merlot and Zinfandel. At first thought, you might think those substantial reds jarring with Indian cuisine, but Wolff assures that they go exceedingly well with her husband’s style of cooking, which is boldly flavored but not at all searing in heat.

When I visited, the restaurant was still awaiting its wine and beer license, but offering a small, but well-crafted list of non-alcoholic beverages. I enjoyed a rosemary-infused pink grapefruit punch so much that I can’t wait to try making it at home. 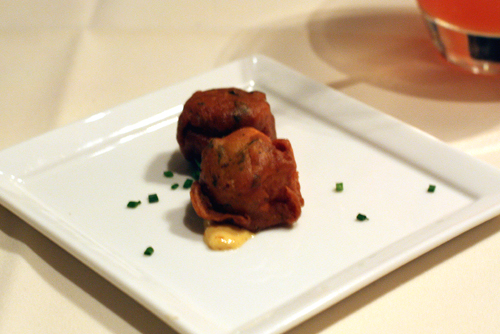 After we were seated, our convivial server brought an amuse of lentil-battered potatoes with Indian-style aioli. The potato fritters were crisp on the outside, creamy within, and with bits of salty, porky bacon hidden inside. 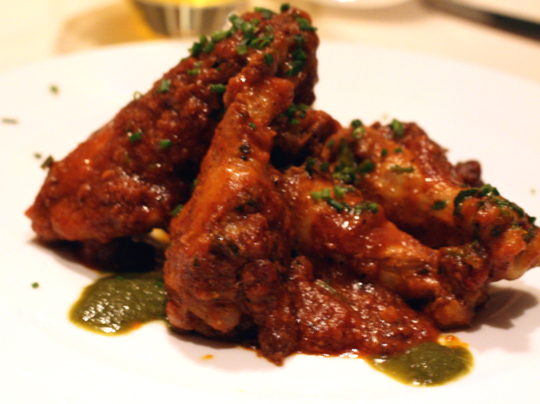 My husband started with the star anise and fennel confit chicken wings ($9), a generous portion that is probably best shared. Fragrant with lemongrass and yuzu, as well as a red chili sauce, the wings weren’t crisp-fried like the Buffalo-version. Instead, the wings were braised until the meat was pull-away tender. It’s a messy dish, but one you’ll be happy to dig into.

My ahi tuna ($12) was beautifully arranged on an elongated plate to look almost like nigiri sushi, only the rice was replaced by pretty-in-pink pickled watermelon batons. The combination was refreshing and quite tangy. 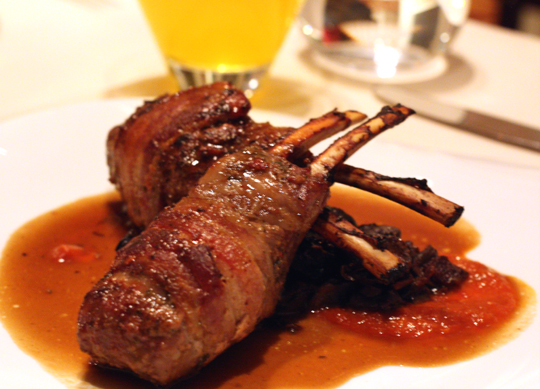 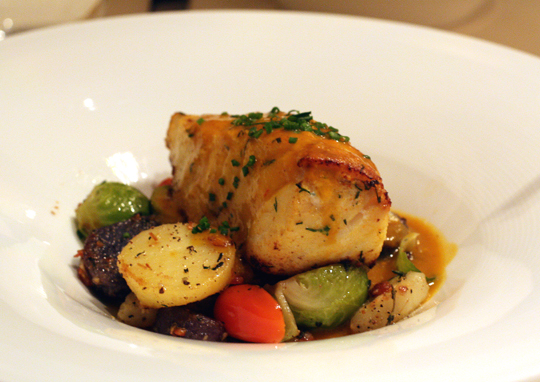 My husband’s bacon-wrapped rack of lamb ($23) was extraordinarily tender and enhanced by a sweet, intense sun-dried tomato red chili sauce.

My seabass ($25) came roasted with creamy potato coins and Brussels sprouts, accented with a creamy tomato curry that was complex and with a mild bite of heat.

For dessert, we tried the warm date and walnut cake ($8). The large, tender cake was brushed with a sticky lemon-ginger glaze. Alongside was a scoop of bergamot-clove ice cream. We also enjoyed the dark chocolate kulfi ($7) glammed up with silver leaf. The Indian-version of ice cream made from cooked-down milk is less airy than the American version. It’s wonderfully dense and rich — bordering on ganache-like. 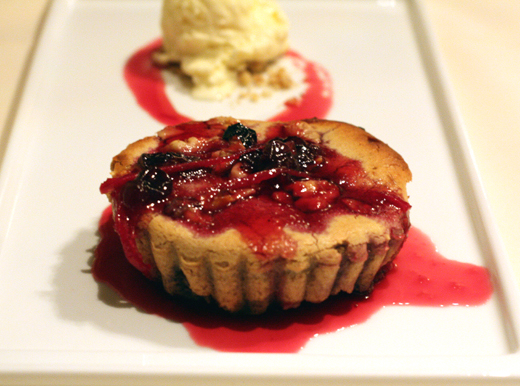 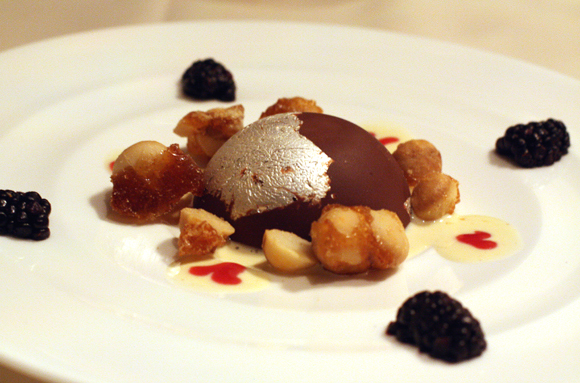 At the end of the meal, the check is presented in a lovely, hand-painted hinged box that Chopra’s mother picked out in India.

Like so many gestures at this little Victorian, it’s full of finesse and charm. 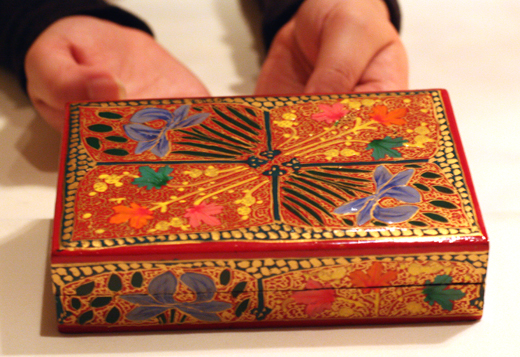 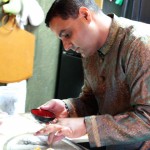