Senia is arguably one of the most hotly anticipated restaurants to open in Honolulu this year.

And I had the opportunity to get a divine preview taste — in San Francisco, of all places.

Transporting a taste of the islands to the city by the Bay makes perfect sense when you realize that Co-Executive Chef Chris Kajioka has strong ties to the Bay Area. He worked at the Dining Room at the Ritz-Carlton in San Francisco under the tutelage of Ron Siegel, as well as at Thomas Keller’s Per Se. He also cooked at San Francisco’s Aziza, and helped open its sister restaurant, Mourad.

It was at Per Se that he met his British-born Co-Executive Chef Anthony Rush, who also had worked at the French Laundry. Not to mention, Senia’s pastry chef, Mimi Mendoza, just left that position at Chez T.J. in Mountain View. Moreover, one of Senia’s main investors lives in San Francisco. 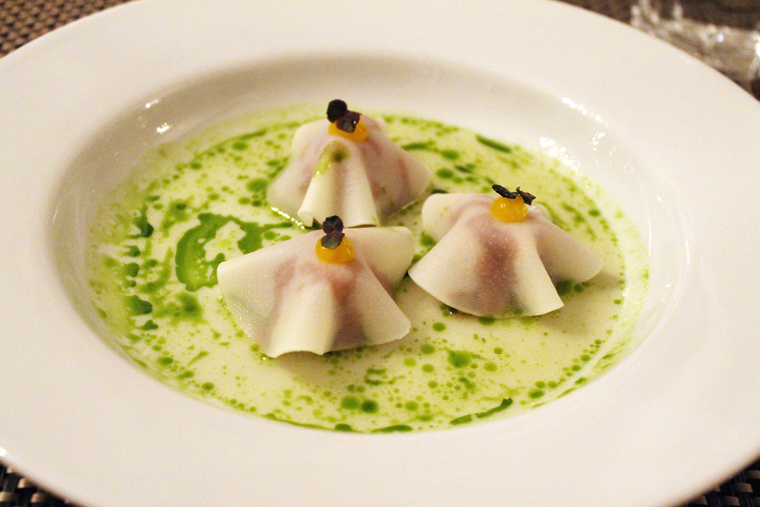 So while Senia is being constructed in Honolulu’s Chinatown, right next door to the popular Pig & The Lady, the chefs took the time to host an invitation-only pop-up dinner at the Naked Kitchen in the Mission District. The private event space is inside a Victorian whose first floor has been transformed into a souped-up professional kitchen with long tables spanning through the dining room and living room.

The guests included investors, members of the media, and sterling chef friends. 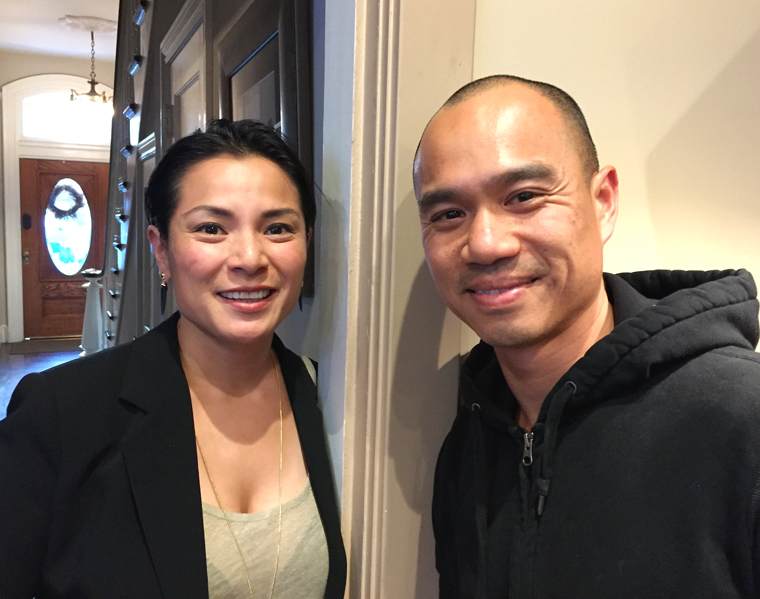 Among the guests were Belinda Leong of B. Patisserie, and James Syhabout of Hawker Fare and Commis.

Senia is expected to open any day now this month. It will feature a prix fixe served at a seven-seat chef’s table, as well as an a la carte menu at 40 or so seats in the dining room. If this pop-up was any indication of what’s to come, you should plan on making a beeline there the next time you travel to Oahu. The food is that good. It’s artistry on the plate — refined yet accessible, with the flavors of Hawaii creatively elevated without any of the usual cliches. 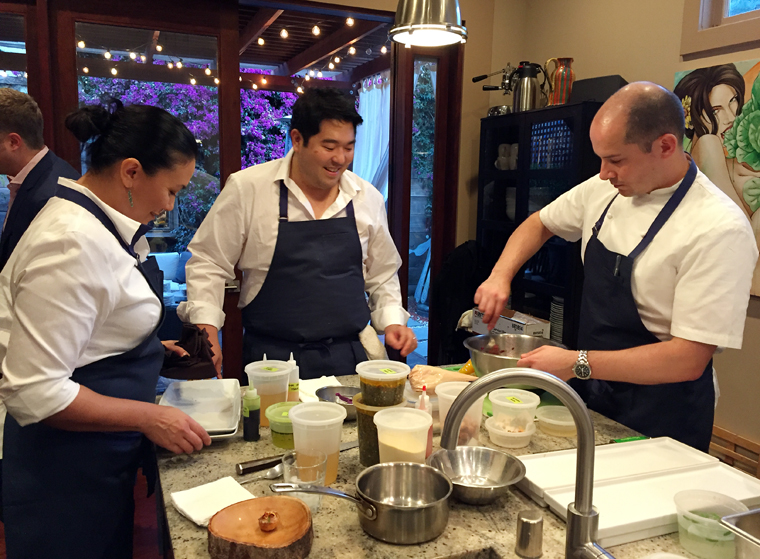 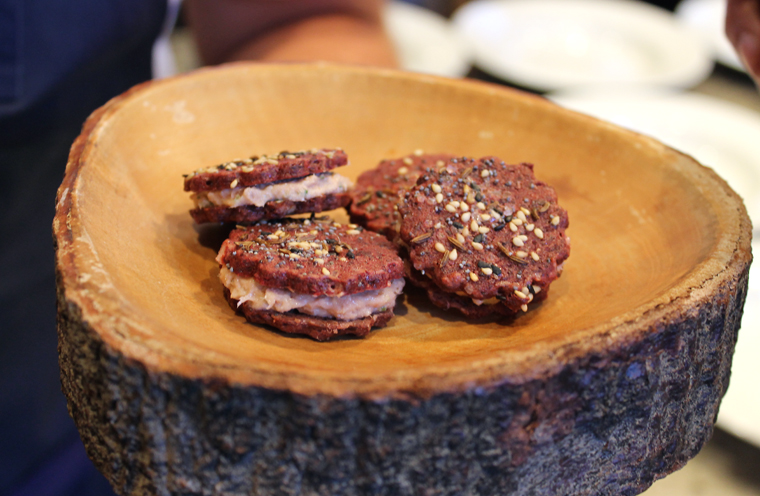 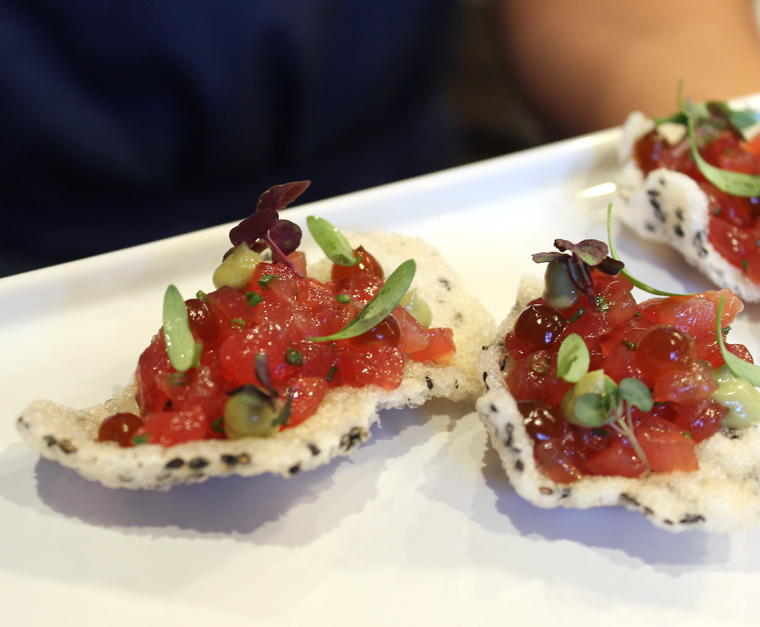 As guests mingled in the kitchen, small bites were passed around, including marlin mousse sandwiched between “everything bagel” crackers; poke piled on chips; and foie gras mousse dressed with passion fruit.

The first course had everyone doing a double-take. At first glimpse, it looked like pasta. But it was actually Maui venison tartare draped over the top with a thin, pickled sheet of hearts of palm. The hearts of palm had been pickled in ginger flower vinegar, with the ginger flowers having been foraged on the islands. A delicate pool of dashi added a dash of umami to the minerality of the venison meat.

The second course really was pasta — tender casoncelli stuffed with creamy ricotta. The Italian pasta turned Asian with the addition of sea asparagus and seaweed, lending a lemony, briny flavor, as well as crunchiness. 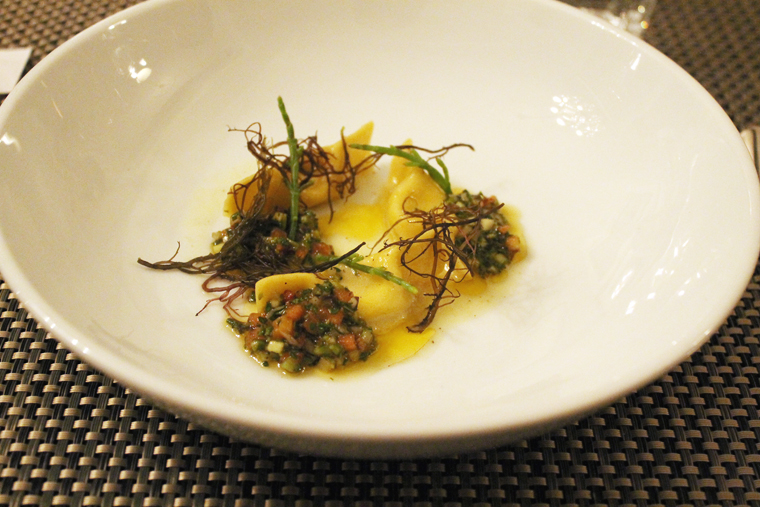 Who would have ever thought cabbage could be this exciting? But a dish of charred cabbage had the sworn carnivores at the table vowing they could turn vegetarian for this. There was an incredible meatiness to the cabbage that was so smoky tasting. A matcha-colored drift of meringue powder made from kombu that had been cooked in soy sauce covered the top of it like snow. Puddles of buttermilk and Green Goddess made you think of a wedge salad. But no wedge salad could ever have this kind of presence. 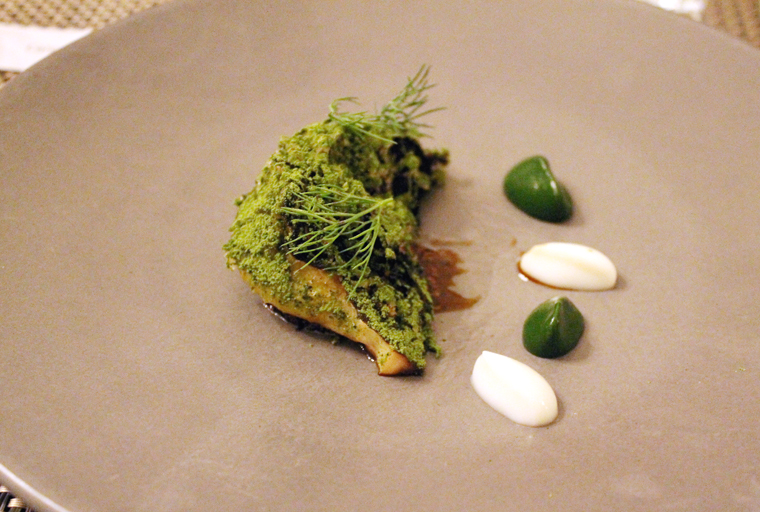 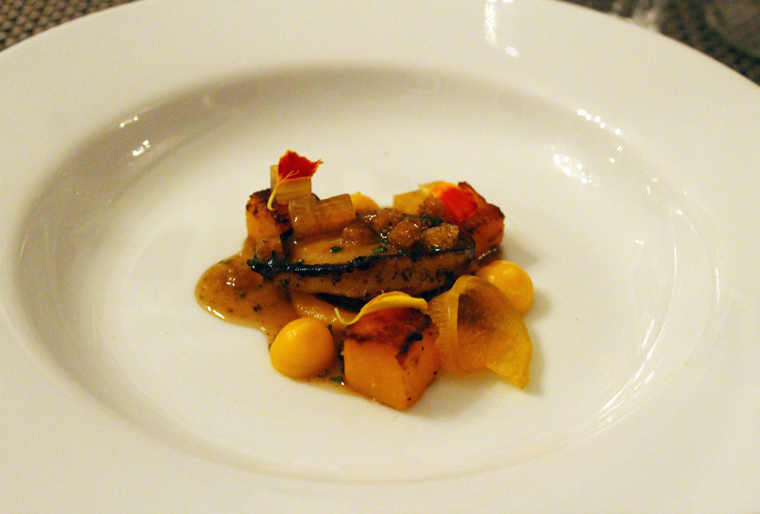 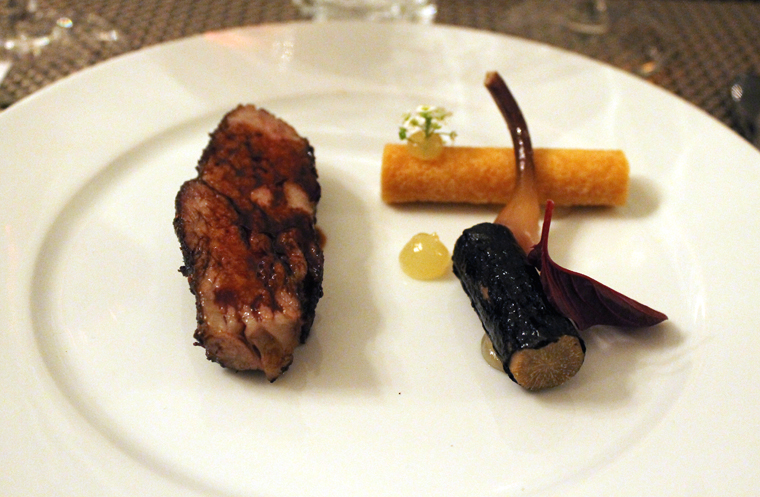 Abalone from the Big Island had the texture of a chewier, sweet scallop. Adorned with pumpkin, persimmon and kalamansi, it was a landscape of autumn in Asia.

Wagyu shortrib cooked for 72 hours was as rich as the best prime rib. Seared on the grill just before serving, it was jazzed up with pastrami-like spices, and was as meltingly tender as butter. Maui onions, pickled ramp, along with an aged ramp vinegar reduction added acid and sweetness. Alongside was burdock root wrapped tightly in nori.

Dessert had a nod to Thailand with a lilikoi parfait matched with jasmine rice sherbet, cashew crumble, fried vermicelli garnish and the unlikely garnish of cilantro leaves. It was refreshing and light; sweet yet also slightly savory. 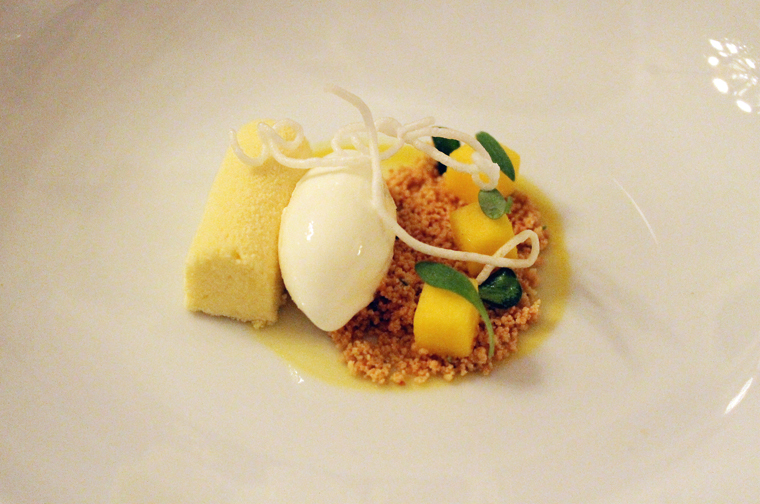 A sweet take on Thai flavors. 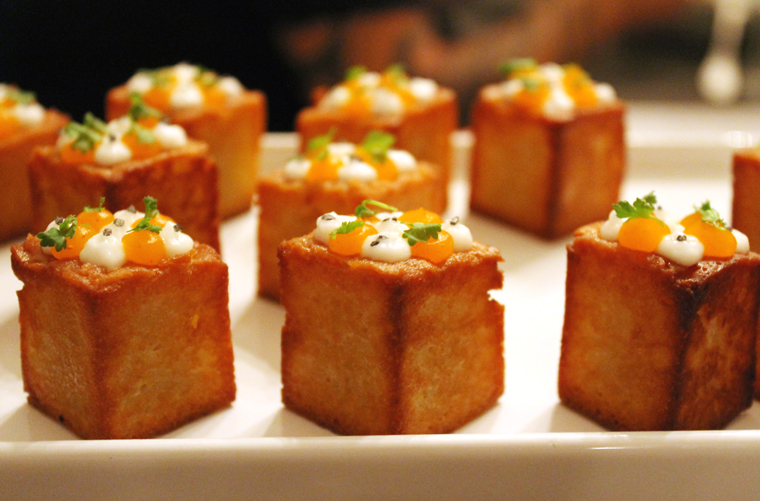 Yes, this is butter mochi.

The last bite was the prettiest version of butter mochi ever devised. The little cubes had been fried on all sides to give it a high ratio of crispy-exterior to chewy-soft interior. 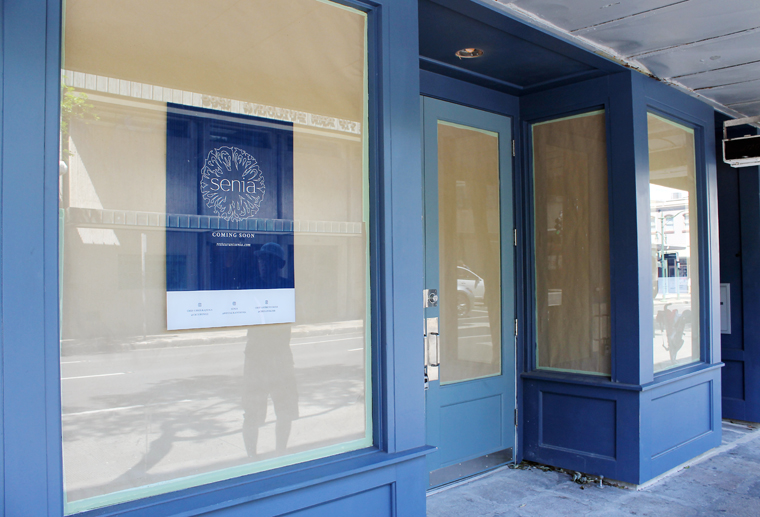 Expected to open any day now, Senia is right next door to Pig & The Lady. Walked by the site when I was in Honolulu last month.

The name Senia is taken from the Greek word, “xenia,” which means hospitality. It’s fitting, for it’s already offered up quite the welcome mat.