Belcampo Ushers in A New Age of Sustainable Food 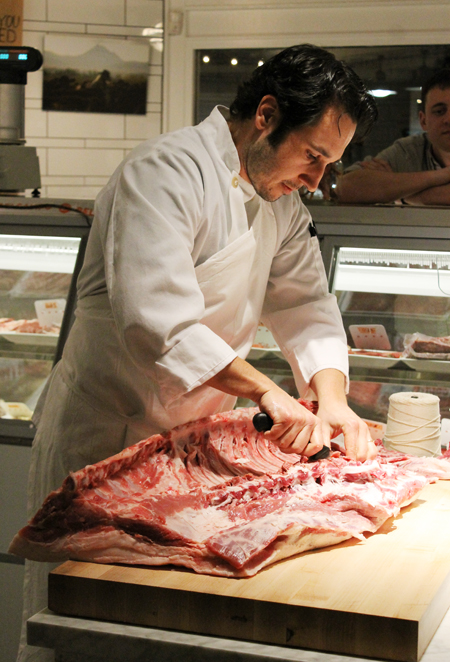 A butcher making porchetta at Belcampo Meat Co. in Larkspur.

Belcampo Meat Co. in Larkspur may look like the latest trendy, farm-to-table butcher shop stocked with pedigreed meat for sale at sky-high prices.

But it’s so much more than that.

It’s part of a corporation that aims to start a new food revolution — by producing sustainable food on an unheard of scale. And at a profit, to boot.

The two founded Belcampo, Inc. in 2011, which consists of several operations spread across three countries. They include: a 10,000-acre certified organic, sustainable ranch at the base of Mt. Shasta in California, where cows, pigs, chickens, sheep, rabbits, goats, turkeys, geese and squabs are raised sustainably, organically and on pasture; another cattle ranch in Uruguay; and an eco-lodge and farm in Belize that produces coffee, chocolate and rum.