Take A Whiff — And Taste — Of Gingerbread Pancakes This time of year cries out for gingerbread pancakes.

When it comes to Austin, I can’t help but think barbecue, Tex-Mex and food trucks galore.

That’s because in “The Austin Cookbook” (Abrams), of which I received a review copy, there is a wonderful recipe for just that from Magnolia Cafe, a beloved institution that’s not only open 24/7, but serves breakfast anytime.

The book, by food writer Paula Forbes, features more than 80 recipes that give a delicious overview of the city’s culinary traditions, from “Green Chile Queso” to “Mustard and Brown Sugar-Crusted Ribeye” to Bootsie’s Buttermilk Pie.” Being the ginger fanatic that I am, it’s no wonder that “Gingerbread Pancakes” called out to me.

END_OF_DOCUMENT_TOKEN_TO_BE_REPLACED 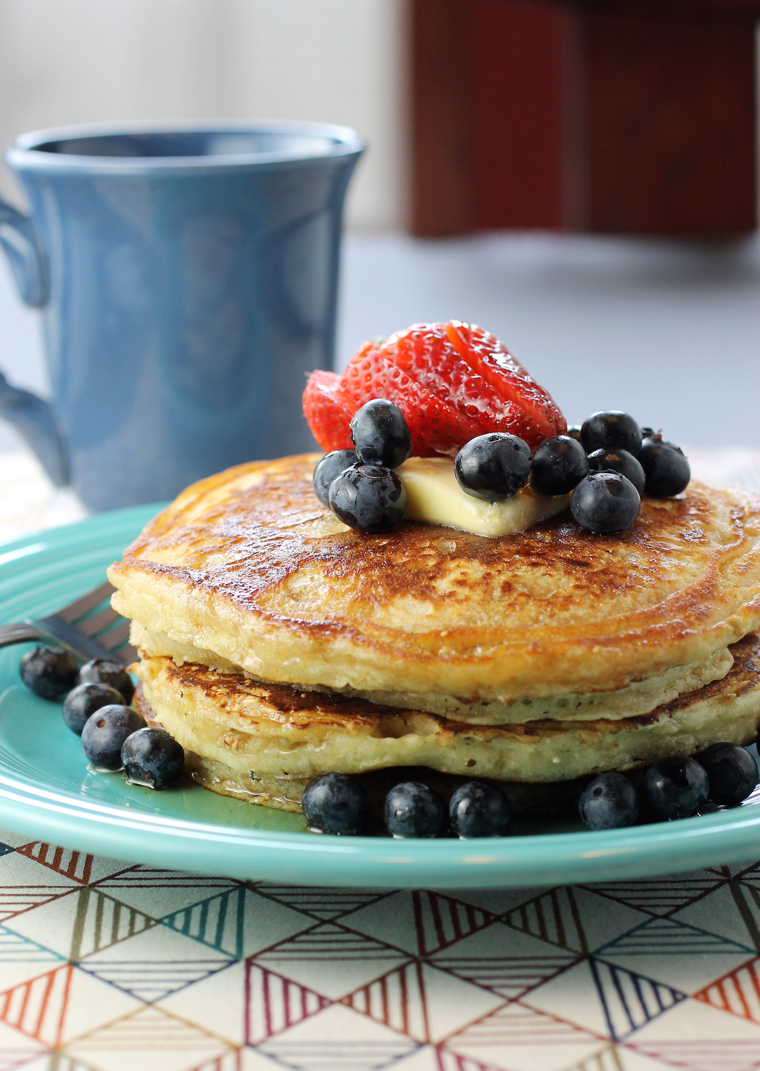 When I was growing up, my oldest brother and I would often wake up early on Sundays to stir up a big bowl of batter for waffles for the entire family.

Nowadays, with my husband’s predilection, it’s pancakes all the way.

Are you Team Waffle? Or Team Pancake?

It’s funny how most households seem to favor one or the other.

“Toasted Oatmeal Pancakes” might just satisfy both camps. That’s because of the toasted steel-cut oats that not only fortify the batter, but get sprinkled on as each pancake cooks, lending bits of crunch here and there like the edges of a waffle might.

The recipe is from “Big Bad Breakfast: The Most Important Book of the Day” (Ten Speed Press, 2016) by John Currence, the James Beard Award-winning chef who owns Big Bad Breakfast in Alabama. You might also know him from his appearances on “No Reservations,” “Mind of A Chef,” and “Top Chef Masters.” Of course in this case, the operative word “bad” really means “good.” This is breakfast done boldly, with plenty of excess. Among Currence’s “Ten Commandments of Breakfast” is “Thou shalt slather with butter,” and “Though shalt hold no meal higher than breakfast.”