A Prodigal Son Returns — To Boonville Grass-fed beef tartare with tomatoes and fiddlehead ferns at the Boonville Hotel restaurant.

BOONVILLE, CA — If there ever was Wine Country royalty, Chef Perry Hoffman and his family are it.

His grandparents, Don and Sally Schmitt bought an old stone building in Yountville in 1978, and transformed it into a charming destination restaurant, before weighing several offers to sell it in 1993. They famously chose Thomas Keller, who went on to turn the French Laundry into a Michelin three-star establishment revered the world over.

Hoffman’s mother founded a Napa Valley florist company that has supplied blooms to the French Laundry for decades. His grandparents went on to restore the Philo Apple Farm that’s now run by Hoffman’s aunt, who also manages the lovely Farmhouse Mercantile store in Boonville.

Across from that store on sleepy main street, Hoffman’s Uncle Johnny has operated the Boonville Hotel for 31 years. It’s where Hoffman got one of his first jobs in the kitchen after high school. It’s where he fondly remembers tasting for the first time both Caesar salad and aioli. 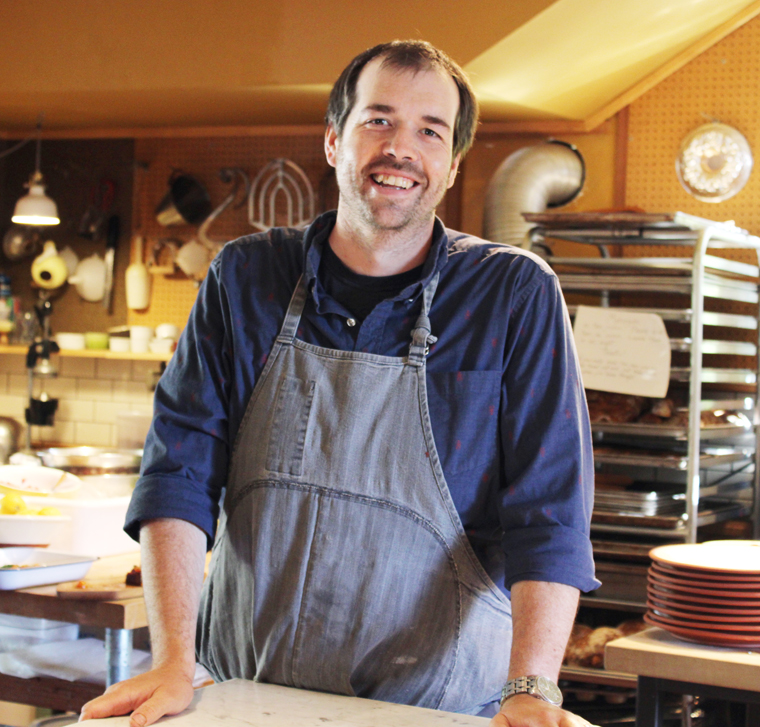 Chef Perry Hoffman’s return to the place it all started for him.

So in January, when Hoffman — once the youngest chef in the country to win a Michelin star when he headed Étoile at Domain Chandon in Yountville in 2009 — returned to become chef-partner at the quaint roadhouse built in 1860, it marked more than just a new job. It poetically signified a life coming full circle.