Chicken with mushrooms and cream in a fabulous dish by Jacques Pepin.

This dish is the equivalent of a big cashmere blanket wrapped around your shoulders.

And of course, it’s by Jacques Pepin.

“Poulet A La Creme” is from his newest cookbook, “Jacques Pepin Heart & Soul In the Kitchen” (Houghton Mifflin Harcourt). 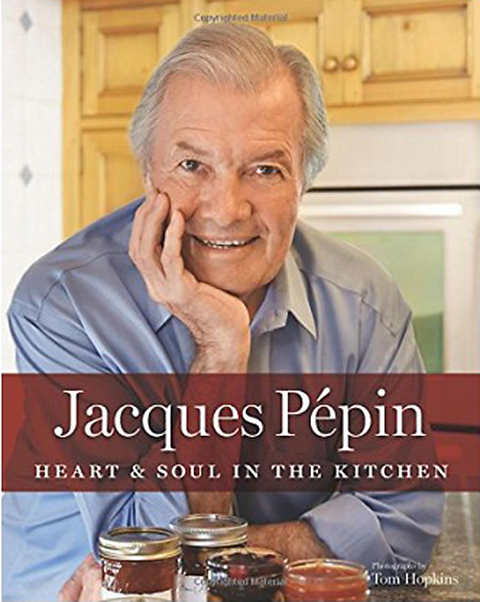 It’s also his last cookbook — well, at least the last one associated with his own television cooking show. That’s because his current KQED series of the same name is the last one he will film. He’ll turn 80 in December, and after 14 series, 24 cookbooks, and 32 years on television, he’s finally taking a break.