Of Smoke and Cocktails at Gibson 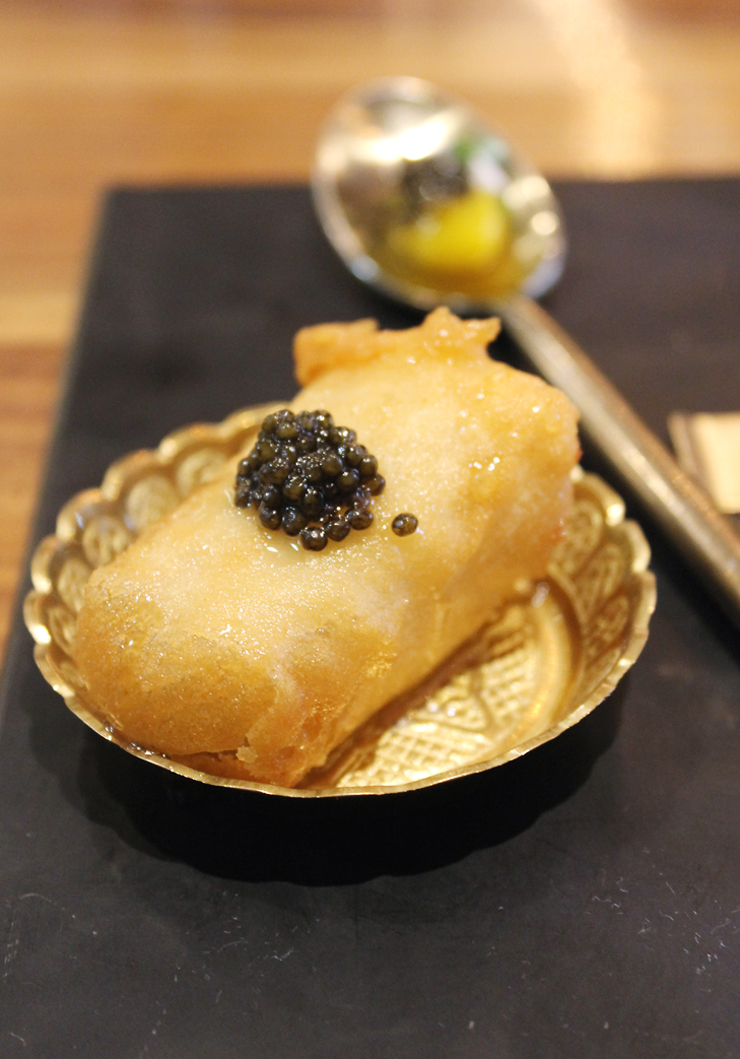 This is what a chicken nugget looks like at Gibson in San Francisco.

There are restaurants where cocktails and hearth cooking are strong supporting players.

At Gibson in San Francisco, though, they are center-stage stars.

Located in the Hotel Bijou on the edge of Union Square, it offers up a unique dining experience, as I found out recently when I was invited in as a guest of the restaurant. It’s a place that does some mind-blowing things with live-fire cooking. And it’s where you can enjoy not just a prix fixe dinner with wine pairings, but cocktail pairings instead if you are so inclined. That latter is what we went with.

With an al fresco ceiling, lots of brass and Art Deco touches, it’s a little like walking into a bustling Eastern European cafe in feel. Yet it’s all modern and whimsical in its approach. 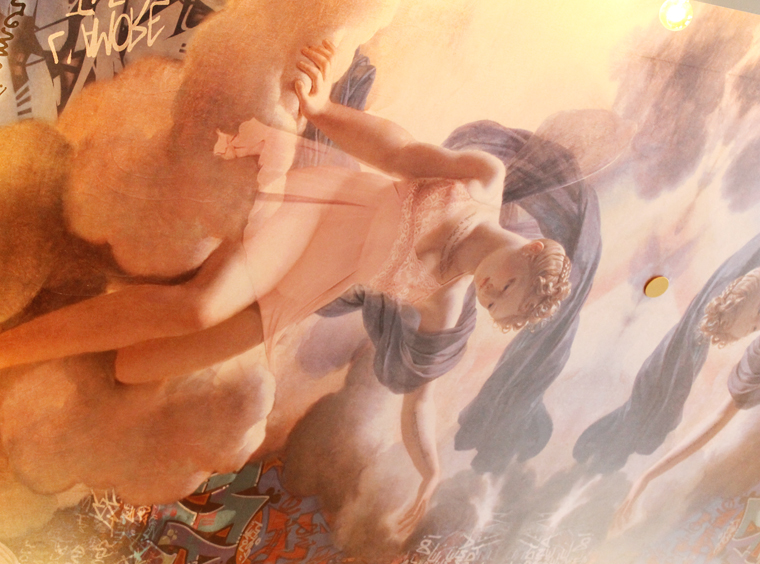 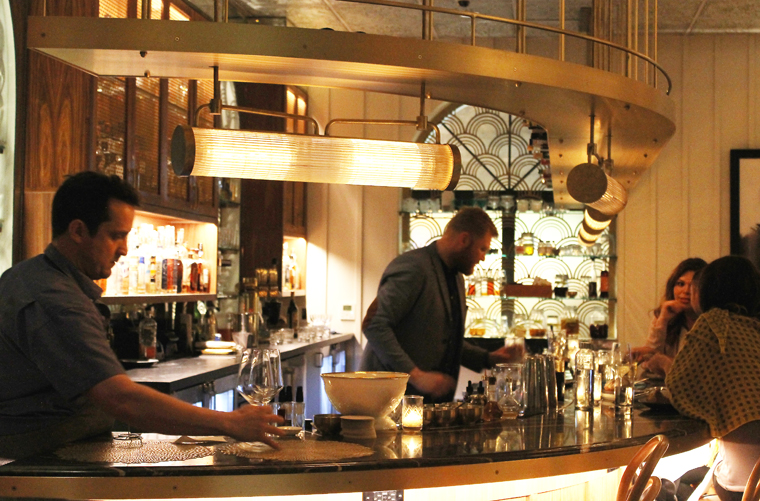 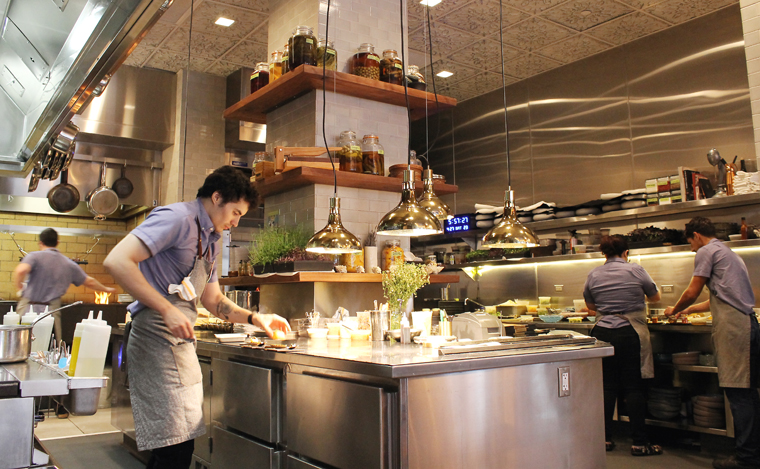 Sit at the chef’s table just inches outside the kitchen to see and hear all the action.

We were seated at the chef’s table, a four-seat banquette that is right in front of the wide-open kitchen. How open? I literally could have gotten up from my seat, taken two steps and been right beside the cooks. From that vantage point, it’s almost like watching live theater before you.