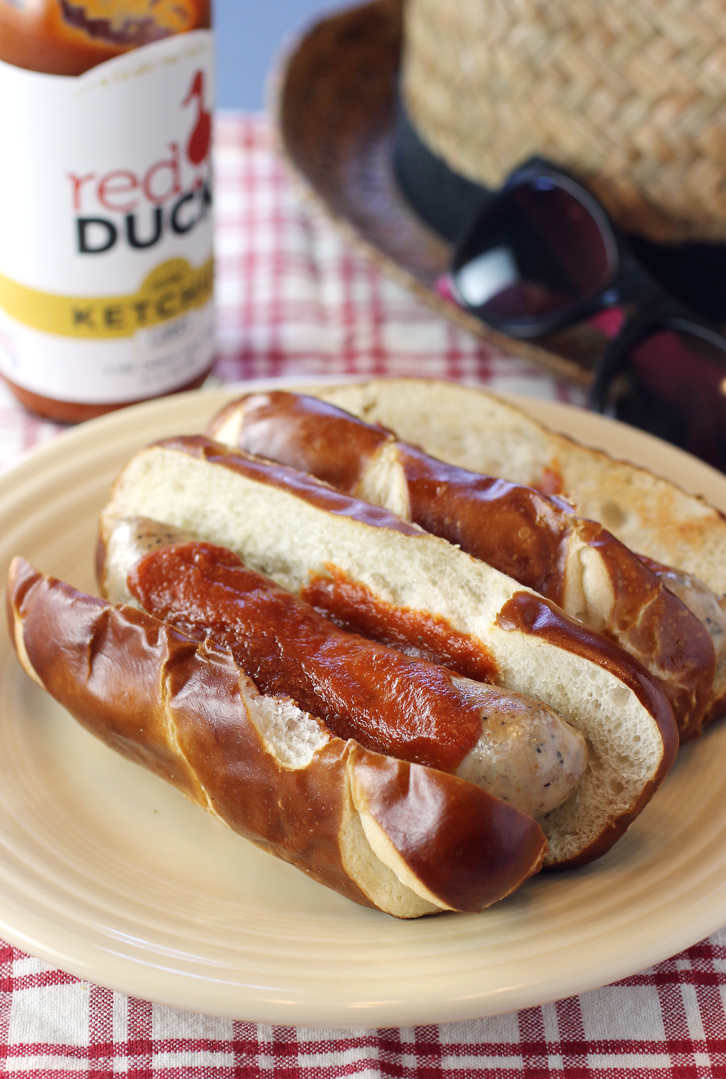 Red Duck has got you covered, no matter what you’re grilling.

The Portland, OR-company makes a range of ketchups, barbecue sauces and taco sauces, all gluten-free and certified organic. The tomatoes used are all grown in California’s Central Valley, too, picked ripe in season from late-June through July.

The business is the brainchild of four MBA students who were studying at the University of Oregon when they came up with the idea for the condiments for a class project. The name “Red Duck” takes its name from the color of ketchup, their first product, plus the mascot of their college.

END_OF_DOCUMENT_TOKEN_TO_BE_REPLACED

Take Five with Chef Sarah Burchard on Breaking Down Pigs, Working at Top SF Restaurants and Starting Her Own BBQ Sauce Business 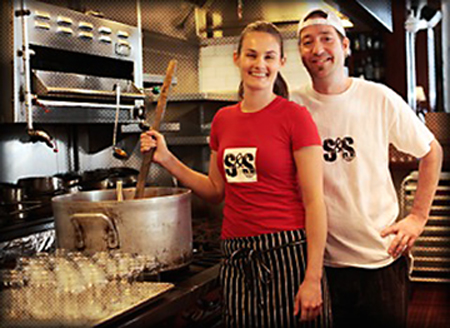 Sporting a girly ponytail, a sailor’s mouth, a wicked sense of humor, and a brand new tattoo of a large rooster on her left bicep, Sarah Burchard looks every bit the tough-girl chef.

She also knows her stuff. The 31-year-old former head chef of Barbacco in San Francisco, has cooked at some of the top restaurants in the Bay Area, holding her own even when she was the only woman in the kitchen. Cooking professionally has been something she’s wanted to do ever since she was a little girl, growing up in San Diego and then on the Peninsula, baking cookies with her Mom.

But two years ago, she decided to step away from that routine to start a company with her boyfriend, Spencer O’Meara, former chef of Paragon in San Francisco. S&S Brand (named for their first initials) makes small-batch gourmet barbecue rubs and sauces. They’re sold on their company Web site, as well as at 23 retail locations, including Bi-Rite Market in San Francisco, Willows Market in Menlo Park, the Pasta Shop in Oakland, and Robert’s Market in both Woodside and Portola Valley.

Recently, I had a chance to chat with Burchard about her first job (think ice cream), why she’s consumed by barbecue, and the nickname that Chef Staffan Terje of Perbacco bestowed upon her.

Q: You really knew since you were a kid that you wanted to be a chef?

A: I figured it out pretty quick. I loved to cook as a kid. My Mom taught me how to make the perfect grilled cheese. My Dad used to work at a fish market, so he taught me the appreciation of good seafood.

My first job was at Baskin-Robbins in Foster City. I was 15. A bunch of my friends from high school were working there, so it was like we ran the joint. It taught me a lot of responsibility. We closed down the shop at 10 p.m. every night. We did inventory. We counted the cash drawer. And I was making $4 an hour. It was good experience. We used to eat ice cream like it was going out of style. The owner let us eat however much we wanted, probably thinking we’d get sick of it. But we never did. Mint chip was my favorite.

After that, I worked at a deli in Foster City for four years. I loved it. I was in junior college for about a year, completely uninspired. It was around then that I decided to screw junior college and go to culinary school. I told my Mom, and she was like, ‘What?!’ She said she saved her entire life to send me to college, that I was going to only one college, so I better pick wisely. 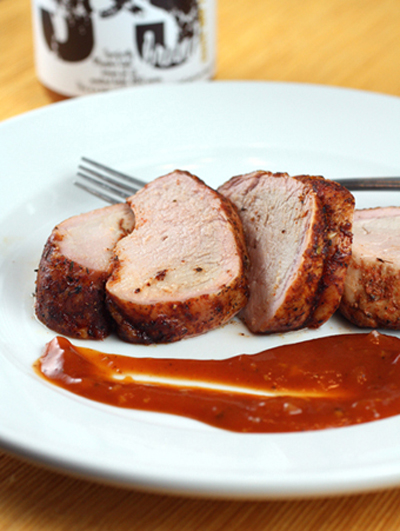 Q: You chose the California Culinary Academy in San Francisco, which led to your stint at Viognier in San Mateo?

A: I did my internship there, and they kept me on after I graduated. That was also when ‘Kitchen Confidential’ came out. I read it and that sealed it. That was what I wanted to do for a living. I just love to cook. When I’m not cooking professionally, I’m at home, cooking. I love reading about it, learning about nutrition, everything about it. I love the camaraderie in the kitchen.