The Allure of Shiso 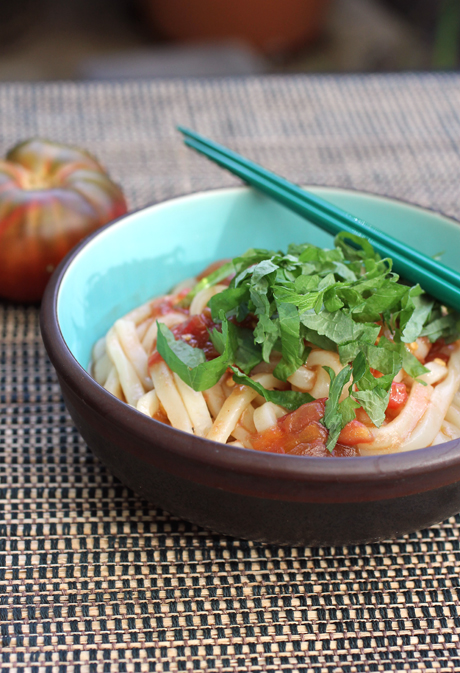 Long ago, my husband jokingly gave me the rather apt but embarrassing nickname of “Black Thumb Jung.”

I admit I’m no Martha Stewart when it comes to nurturing my backyard. In fact, I’m sure Martha would give me one of her telling looks if she only knew that I’ve actually killed ivy and cactus. Things that people say are impossible to kill. I’ve done it, though, with my lethal gardening skills.

But there is an exception to that predictable massacre. I can grow shiso like nobody’s business.

OK, I admit it doesn’t take much for that to happen. Years ago, I planted one seedling in a pot and ever since then, I watch it die over the winter, only to regenerate on its own in summer, when it grows with abandon.

Every summer, I get big green leaves with saw-toothed edges that have the unmistakable and unusual taste of basil crossed with citrus crossed with mint. An Asian herb in the mint family, it’s most commonly found as a garnish on sashimi plates in Japanese restaurants. When I am dining out, I always save it for last. Its bright, refreshing jolt is like a natural after-dinner mint candy. 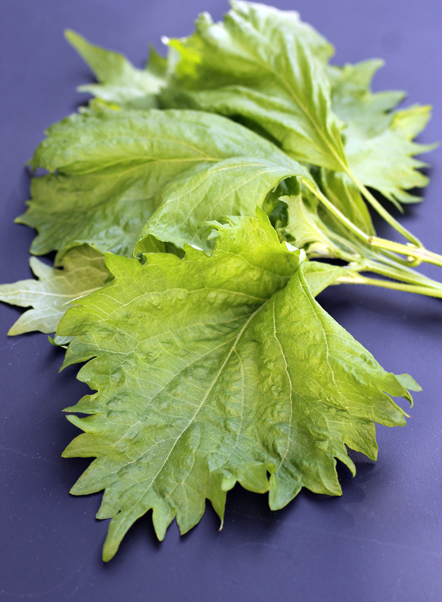 Yup, I grew that shiso.

Though I most often add it to summer salads, I’m always on the lookout for new ways to use my home-grown shiso. That’s why this recipe for “Cold Udon with Fresh Tomatoes” caught my eye. It’s in the newest cookbook by New York City Chef Tadashi Ono, of which I received a review copy. “Japanese Soul Cooking” (Ten Speed Press) is full of recipes for ramen, gyoza, donburi, curry and other comfort dishes typically found in mom-and-pop restaurants or made by home-cooks.

This cold noodle dish could not be more effortless. Seriously, it would take you longer to take a shower than to make this.

END_OF_DOCUMENT_TOKEN_TO_BE_REPLACED