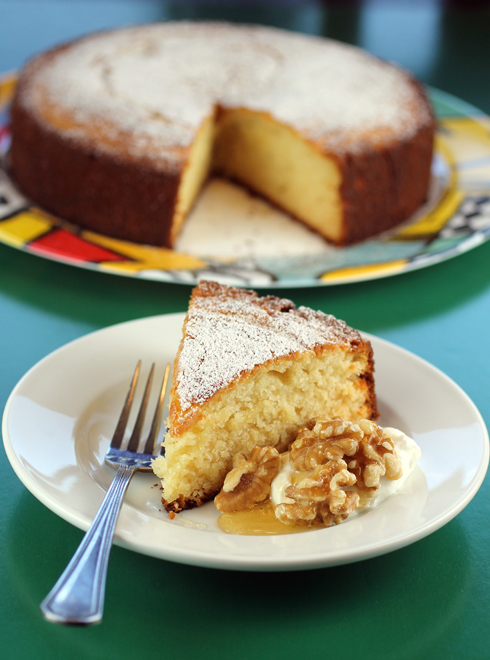 My idea of health food.

Yogurt does a body good.

This cake has plenty of yogurt in it.

OK, maybe not. But can you blame me for trying? Especially when this “Greek Yogurt Cake” is so moist and tender, with a wonderful tang to it?

The recipe is from the new cookbook, “Mad Hungry Cravings” (Artisan) of which I received a review copy. Lucinda Scala Quinn, executive food editor of Martha Stewart Living Omnimedia and mother of three, has created comforting dishes sure to appeal to families — everything from chicken chive burgers to “Eggplant Parm Stacks” to banana chocolate chip cookies.

For this cake, I used Nancy’s Organic Greek Yogurt, of which I recently received a sample. The nonfat version is so thick and creamy that it’s hard to believe it’s made with skim milk. What’s more, the company says that each serving contains more than 56 billion active probiotic cultures, which are thought to aid digestion and strengthen the immune system. See, yogurt cake is good for  you. (wink, wink) 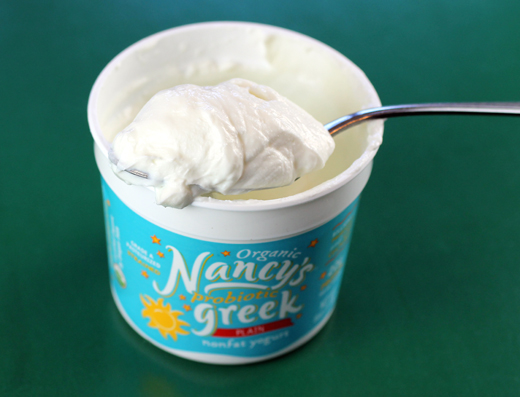