It was just like any morning at Oak + Violet restaurant in the Park James Hotel in Menlo Park. Until it wasn’t.

Three months into the job in December 2018, Simona Oliveri, arrived at the restaurant for her usual sous chef shift, only to find the executive chef had quit abruptly.

Faced with a full dining room later that night, Oliveri, the only woman on the culinary team of 16, did the only thing she could think of — she immediately called up all her vendors to start placing orders for the ingredients that would be needed that day.

And with that, she became the head chef of the restaurant, as well as the entire 63-room boutique hotel.

“I never imagined I would be doing this,” Oliveri, 42 says. “I’d never worked for a hotel before or run a restaurant before. But I know how to feed people.”

END_OF_DOCUMENT_TOKEN_TO_BE_REPLACED

Telefèric Barcelona Opens With A Sizzle in Palo Alto

There’s no doubt that Palo Alto’s Town & Country Village is a happening place. Just try to park there most any time of day or night, and you’ll be hunting for a parking spot because that’s how busy it gets.

Now, it’s bound to get even crazier than the long lines there for Boba Guys. That’s because the new Telefèric Barcelona just opened its doors last week, with plenty of Spanish flair, pulsating music, and flaming cocktails lighting up the dining room.

Brother and sister, Xavi and Maria Padrosa took over the original restaurant in Barcelona, which their mother had started. They were lured to bring their concept stateside by a Walnut Creek developer.

Xavi Padrosa had long wanted to open a restaurant in Palo Alto, a city close to his heart since he lived there for seven years while attending Foothill College in Los Altos Hills and Golden Gate University in San Francisco.

The contemporary Palo Alto restaurant is all clean lines with a long bar, sleek open kitchen, colorful Spanish tiles, and basket-like light fixtures. When it’s full, as it was for a friends-and-family and media dinner that I attended the night before it opened to the public, it can be very loud. You will have to lean over the table to converse with your dining companion.

END_OF_DOCUMENT_TOKEN_TO_BE_REPLACED

This summer, when timing necessitated postponing my birthday dinner at Michelin three-starred Manresa to two months later, my husband asked me where I wanted to go instead on my actual birthday weekend. I immediately knew the spot.

It was another Michelin-recognized establishment.

One where the food would be equally unforgettable and fill me with similar contentment.

And where my husband would be especially thrilled because it turned out to be the least expensive birthday dinner he’d ever bought me.

It was, of course, Zareen’s.

Though she had never opened a restaurant before, Pakistani-born Zareen Khan decided to do just that when she opened the original fast-casual Zareen’s in Mountain View on 2014. It proved such a hit that two years later, she opened a second, larger Zareen’s on California Avenue in Palo Alto, which is the one we frequent. In 2020, look for a third and larger location to open in downtown Redwood City.

Tech workers who get all the free food they want on their campuses gladly flock to Zareen’s to stand in line and, yes, pay their own money, for her incredible contemporary Pakistani-Indian food. Mark Zuckerberg and his wife Priscilla Chan have dined here. And Chef Anthony Secviar and Master Sommelier Dennis Kelly, the team behind Michelin-starred Protege in Palo Alto across the street from Zareen’s, have made no secret about being so addicted to Zareen’s chicken tikka masala that they eat it weekly.

END_OF_DOCUMENT_TOKEN_TO_BE_REPLACED

Selby’s Sizzles — Even Before It Opens 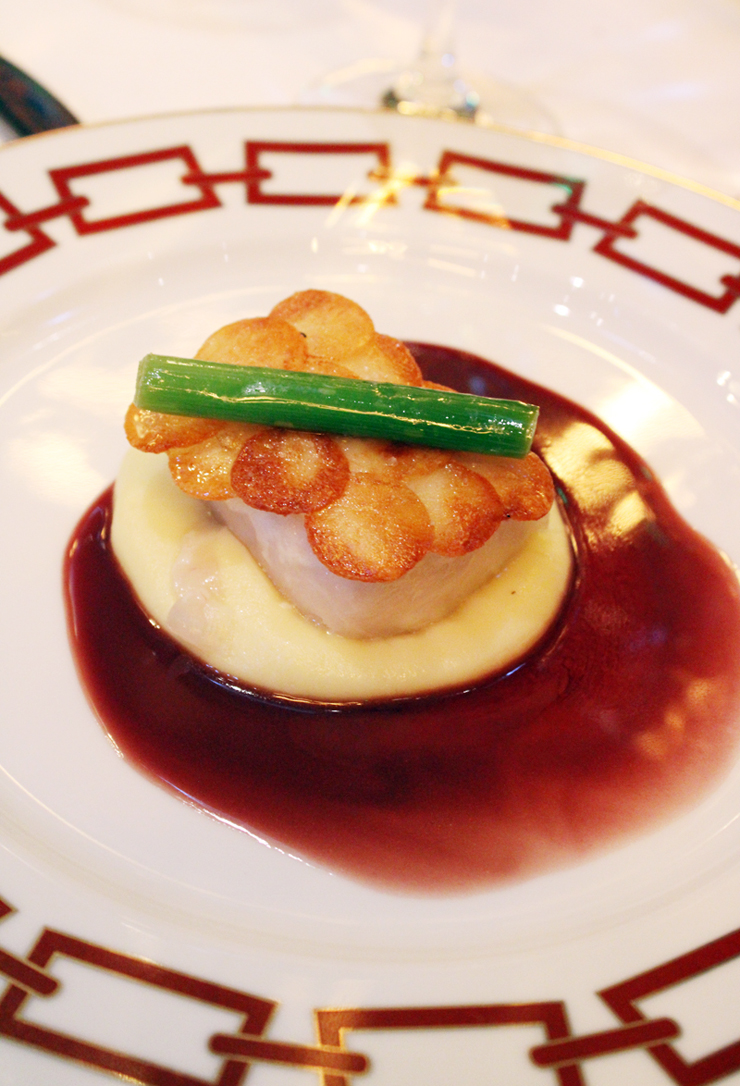 Halibut with Robuchon potatoes at the new Selby’s.

You know a restaurant has got it going on when nearly all of its 48 main dining-room seats are already booked solid for the next two months and its private dining rooms already are sought after for Christmas soirees — and it hasn’t even opened its doors yet.

Such is the case of the hotly anticipated Selby’s in Redwood City on the edge of Atherton, which officially opens to the public on Tuesday, July 23 to serve dinner nightly.

The 10,000-square-foot property on El Camino Real has been various restaurants since 1938, most recently Chantilly’s. For more than a year, including four months of construction, the Bacchus Group labored to completely transform the interior into a sumptuous establishment, as I saw when I was invited in as a guest of a media preview dinner last week.

The main dining room on the first floor. 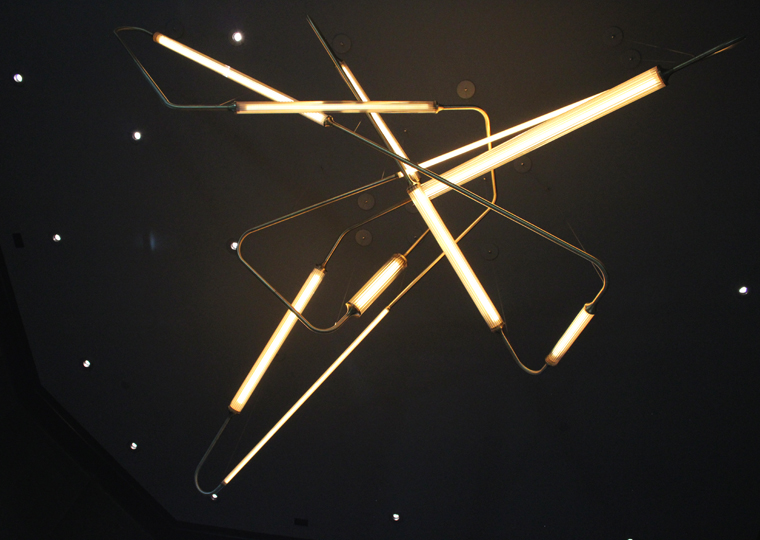 Dark emerald mohair covers the walls not only to add luxury, but act as a sound dampener. I dare you to not spend at least a few moments caressing the walls (yes, really) that feel like plush velvet to the touch. Real gold leaf glitters on the back wall of the bar, as well as the ceiling of the restrooms. There’s even a secret poker room upstairs that doubles as a private dining room.

END_OF_DOCUMENT_TOKEN_TO_BE_REPLACED On a rainy, dreary Friday afternoon in Menlo Park, Camper was full of — yes — happy campers.

The restaurant, which pitched its home in the former LB Steak locale last year, was buzzing and completely full at lunch time, as I found when I met a friend and colleague there, with both of us paying the tab at the end. 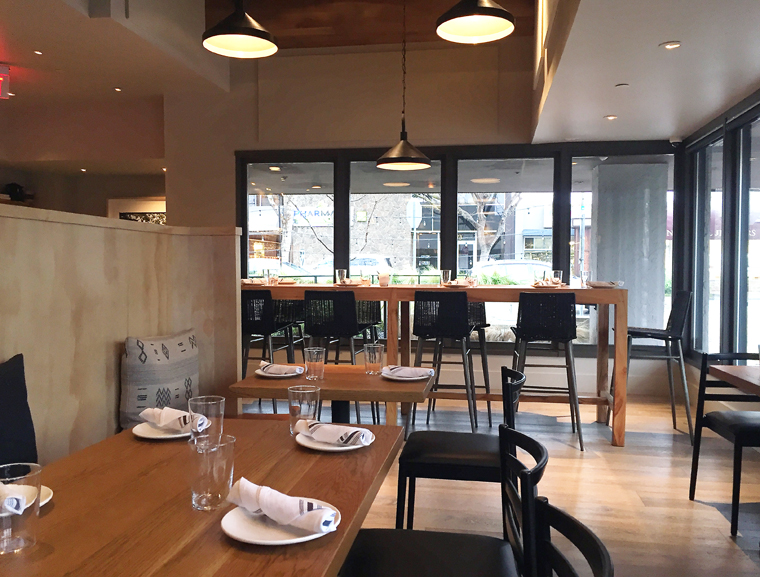 It’s a handsome restaurant done up with light wood, plenty of windows, a long back-lighted bar, and a dough room just off the entrance, where you can watch the pasta being made.