Give It Up For Spiced Pumpkin Cinnamon Rolls

Now’s the time for a boatload of cinnamon rolls warm from the oven.

Not just any ol’ kind, but ones made moister and more golden in color with pureed pumpkin, and even more delectable with pumpkin pie-like spices of cinnamon, nutmeg and ginger.

Get your mixing bowls out now, and thank me later for turning you on to this recipe that’s simply made for this time of year.

It’s from the new cookbook, “The Shared Kitchen” (Smith Street Books), of which I received a review copy.

Written by Clare Scrine, an Australian food writer, it features 80 vegetarian and vegan recipes that by no means will leave you feeling deprived in any way.

Not when the selection includes the likes of “Luxe Potato, Apple & Fennel Bake,” “Spicy Capsicum & Artichoke Pesto with Hand-Rolled Pasta,” “A Big Moussaka,” and “Lemon & Rosemary Cake with Mascarpone Cream.”

END_OF_DOCUMENT_TOKEN_TO_BE_REPLACED

As award-winning food writer Nigel Slater so astutely states in his newest cookbook, autumn and winter call for far different types of meals. With brisk weather and darker nights, they fairly demand more substantial and weightier fare to nourish and warm us through and through.

As his new “Greenfeast: Autumn, Winter”

(Ten Speed Press) shows, though, that doesn’t necessarily dictate huge slabs of meat. In fact, in this cookbook, of which I received a review copy, he shows with 110 vegetarian recipes that even in the throes of deepest winter, you can feel mighty satiated with plant-based fare.

As always, his joyously descriptive writing is evident throughout, including in the introduction, where he unabashedly states, “There will be carbs. They protect and energize us. They bring balm to our jagged nerves.”

Ah, a man after my own stomach.

END_OF_DOCUMENT_TOKEN_TO_BE_REPLACED

Cozy Up To These Pumpkin Rolls 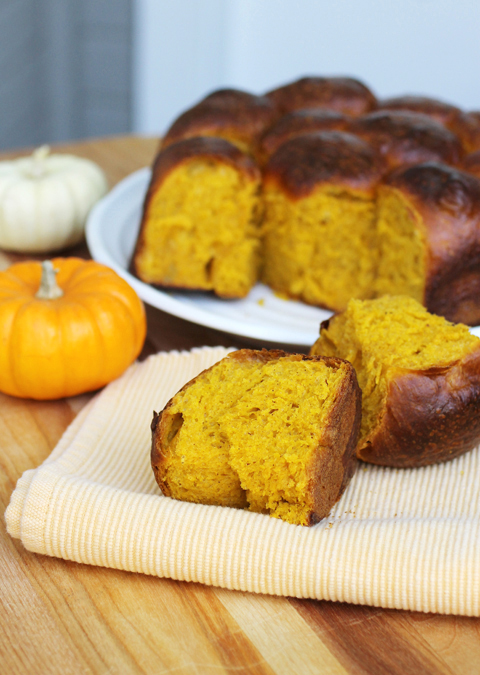 The orange tint of these rolls comes from — what else — pumpkin.

These are called “Pumpkin Cozy Rolls” for a reason.

The dough is so downright pillowy to the touch, you’ll be hard pressed not to lay your head on it to take a nap.

The recipe is from the new “Choosing Sides” (Andrews McMeel), of which I received a review copy. Food writer Tara Mataraza Desmond has crafted this cleverly named cookbook that’s perfect for this time of year — when you’re scratching your head for new side dishes to add pizazz to your holiday table.

The book includes 130 recipes for breads, salads, veggie dishes, grains and stuffings. The directions are detailed and even include suggestions for main courses to pair each side with. 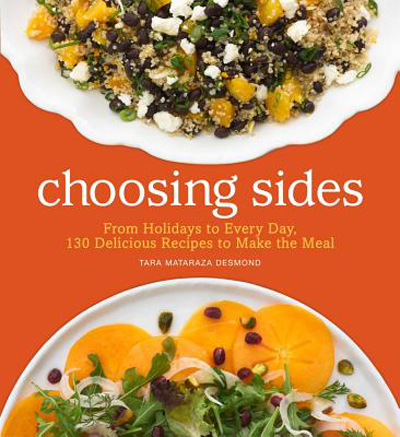 With Halloween here tomorrow, I couldn’t help but be thinking of pumpkins.

END_OF_DOCUMENT_TOKEN_TO_BE_REPLACED