Where I’ve Been Getting Takeout of Late, Part 17

There was a time when the Chris Yeo Group was the king of San Jose’s Santana Row, operating three restaurants in this retail-restaurant-housing complex.

Only one remains now, though — Straits. It was his first establishment at Santana Row, and the concept that really made a name for him when he first opened the original Straits in San Francisco (which shuttered long ago). These days, with Yeo mostly retired, it’s his son Julian who runs the restaurant operations.

With its lounge-y, nightclub-like vibe and seductively attired female servers — which can be a plus or minus, depending on your predilection — Straits always drew a lively crowd pre-pandemic. Now, with only takeout and delivery service, the atmosphere is obviously more subdued.

While its atmosphere may have overshadowed the food at times, Straits still serves up solid, satisfying Malaysian cuisine.

END_OF_DOCUMENT_TOKEN_TO_BE_REPLACED Salmon hand-roll made to order with warm rice — available at the bar at Ozumo.

As much as I love sushi and Japanese food in general, I rarely could bring myself to step foot inside this spot in San Jose’s Santana Row when it was the former Blowfish Sushi to Die For.

That’s because it was small, dark, and blared pulsating club-like music non-stop, making it impossible to hold any kind of conversation, let alone relax.

What a difference a new concept makes.

Late last month, Ozumo took over that spot, renovating it with a light, bright interior, as well as adding an outdoor beer garden in the Valencia Hotel alcove right below Burke Williams spa. Lanterns overhead in the beer garden. A much more soothing palette than the previous restaurant in this spot. Jeremy Umland founded the original Ozumo in San Francisco in 2001. A New York native, he became passionate about Japanese food and culture when he played professional baseball in the Japanese Pacific League.

END_OF_DOCUMENT_TOKEN_TO_BE_REPLACED The black sheep is the mascot of the new Oveja Negra.

Out with Citrus; in with Oveja Negra.

The Hotel Valencia in San Jose’s Santana Row has transformed its former restaurant into a new concept with a new name. Chef Ocean Orssten still remains at the helm, but now he’s creating a menu of “unruly tapas.” Hence the name, Oveja Negra, which in Spanish means “black sheep” or refers to the odd man out. It’s his whimsical way of saying he’s not necessarily doing typical traditional tapas here, but more globally-inspired, off-beat small plates.

I was invited in as a guest of the restaurant recently to check out its new look, which sports brass tack-hammered, dark banquettes, white curved-back chairs, and Moorish accents. 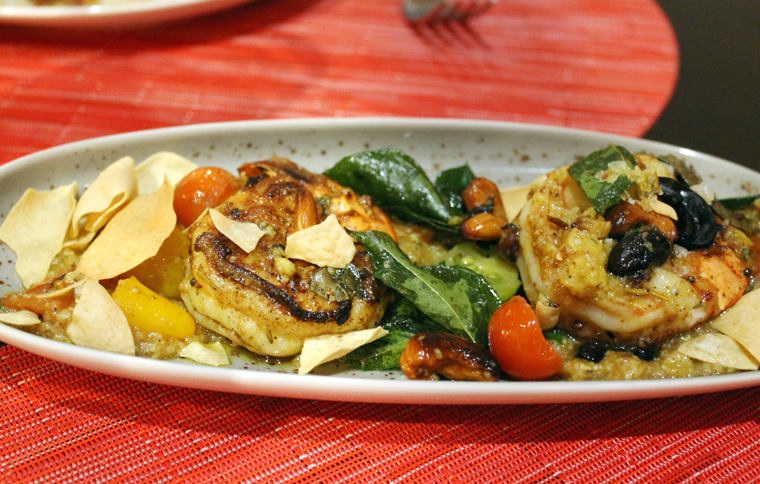 The signature cocktail is the Mezcal Brillante ($14) that puts smoky mezcal in the spotlight with the tartness of grapefruit. A rim of freeze-dried yuzu with yuzu marmalade gives each sip an extra sweet-sour pucker.

END_OF_DOCUMENT_TOKEN_TO_BE_REPLACED

Fried Chicken, Paella, and More At Citrus at the Valencia Hotel Let the good times roll at Citrus in the Valencia Hotel.

Chef Ocean Orssten acknowledges his parents were hippies who happened to be living in Capitola at the time he was born. Hence his unusual first name.

But the chef with the water-themed moniker also knows the land equally well. He grew up in the Napa Valley, raising heritage breed pigs at age 12 and developed a love for agriculture.

Is it any wonder that by the time he was a young teen, he knew he wanted to be a chef?

It’s a restaurant I’ve longed wish more people would find out about. You have to know it’s there, as it’s not at visible at street level as all the other eateries at Santana Row. Instead, you have to take an elevator up to the third floor to get to it. But that trek rewards you once you arrive with a tucked away, intimate dining room that feels cloistered from the hubbub of the rest of the retail-residential center around it. An unexpected and delightful goat arepas.

Recently, I was invited in as a guest to try Orssten’s recently revamped menu. There’s the expected rib eye and flatiron steak. But also offerings you don’t expect. Like the Jamaican curry goat arepas ($14). The stewed goat was tender and full of flavor atop the soft corn arepas. The poblano creme fraiche added a smoky, creamy heat, though, there may have been too much of it on the plate.

END_OF_DOCUMENT_TOKEN_TO_BE_REPLACED 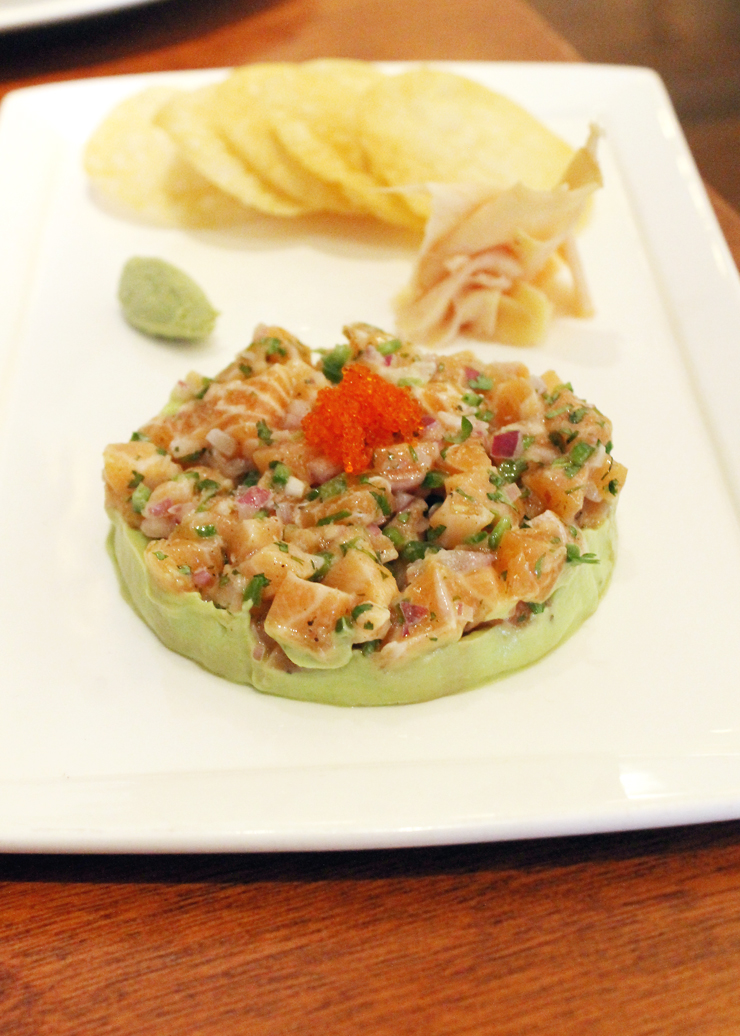 It was once Yankee Pier. Next, it transformed into Lark Creek Blue. Now, this spot on the main drag of San Jose’s Santana Row reopened just weeks ago as the new Lark Creek Kitchen.

It’s the first such new concept by the Moana Restaurant Group since it took over operations of Lark Creek Restaurant Group’s stable in January with the exception of One Market restaurant in San Francisco, which remains independently run.

Not that the other two concepts lacked for diners, but Lark Creek Kitchen is Moana’s first action to refresh the brand. Other plans are in the works to redo Lark Creek Steak in the San Francisco Centre and to reopen the now-shuttered Fish Story in Napa as something else.