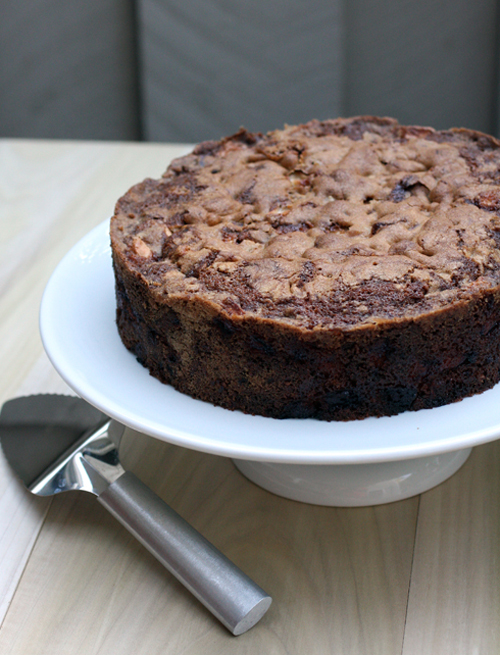 Throw out all those other apple cake recipes. Even the ones handed down to you by relatives (Sacrilege, I know. But you’ll get over the guilt.)

Because the only one you need is this one.

How incredible is this apple cake?

The name, “Apple Snacking Spice Cake,” doesn’t even do it justice. That moniker conjures up a simple after-school cake baked in a square pan, and cut up to eat out of hand.

That is not this cake.

Rather, this cake is round, tall and the color of dark caramel. It is jam-packed with fruit, too. The batter is quite thick. In fact, it’s almost more apples than actual batter. If that weren’t enough, there’s also a full cup of toasted pecans in it, too. For good measure, there’s also a big handful of raisins. I actually used dried mulberries instead because I love their date-like taste. 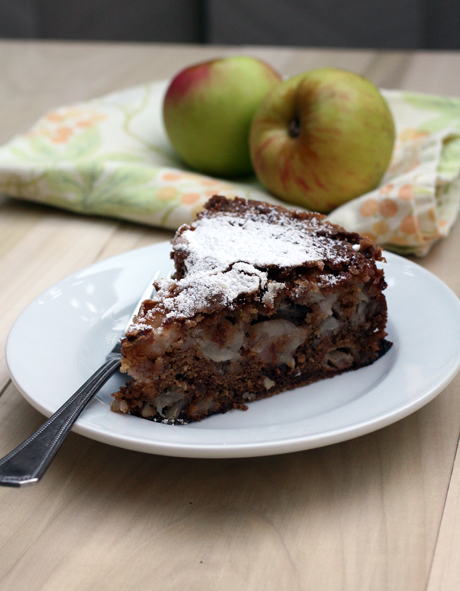 The result is a cake, in which every bite is a riot of apples and nuts, as well as warm spices of ginger, cloves and cinnamon. But don’t think this cake is too moist like a dreaded fruitcake. Nope, it’s tender and its moistness level is just right. What’s more, when it bakes up, the top of the cake gets that heavenly crisp, crackly texture we all can’t resist.