Where I’ve Been Getting Takeout of Late, Part 27

Los Gatos’ PintxoPote is a sliver of a restaurant that has managed to survive this incredibly challenging year, despite not having the ability to provide either outdoor or indoor seating.

Instead, the Spanish-Basque restaurant has persevered, largely through the support of a loyal clientele that orders takeout, along with the fact that Chef-Owner Hector Figueroa and his wife Angie Lipsett have operated the restaurant all on their own without any staff, and without taking any salaries.

If you haven’t yet discovered this charming Spanish restaurant, it’s high time that you did.

Right now, the restaurant is open only on Fridays and Saturdays. The takeout menu for the week usually posts on Thursdays.

Figueroa, whose grandparents hailed from Spain, is a former tech engineer. When you pick up your order at the doorway, you can spot him in the kitchen, as Lipsett hands you your food.

END_OF_DOCUMENT_TOKEN_TO_BE_REPLACED 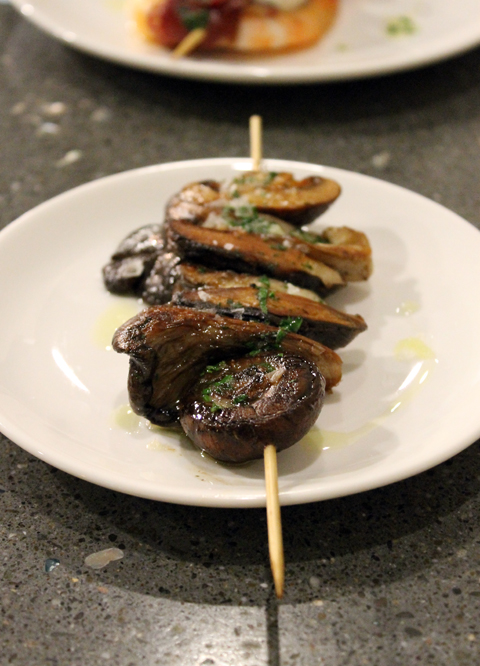 A simple, yet sublime, mushroom brocheta at the new Donostia in Los Gatos.

If you had any doubt that Spanish food remains one of the hottest crazes around even years after El Bulli’s Ferran Adria introduced the world to foams, just take a look at what’s happening in the Bay Area.

Thankfully, the South Bay has not been left behind in all of this. Donostia (the Basque name for San Sebastian) opened last month at 424 Santa Cruz Ave. in Los Gatos to serve up tapas alongside Spanish wines and beers.

The new restaurant is by the same duo behind Enoteca La Storia, just a couple doors away in the same retail-business center. Owners Joe Cannistraci and Michael Guerra, couldn’t resist when this long, narrow 1,000-square-foot space became available.

The two Italian guys traveled to San Sebastian to familiarize themselves with authentic tapas. That’s where they met Agustin Elbert, a native Argentinian who has spent the past dozen years cooking in Spain, including at a number of well-known tapas places. They lured him to Los Gatos to be their consulting chef. 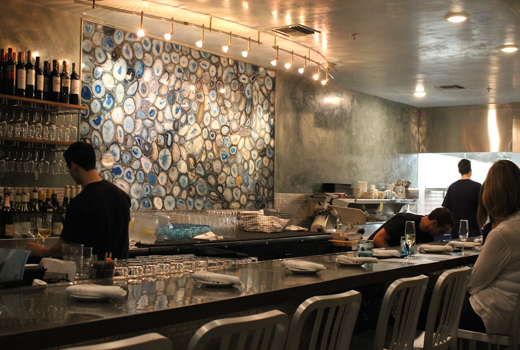 The long, narrow space features a bar with seating, as well as bar-height tables.

Last week, I had a chance to visit Donostia as a guest of the restaurant. With a built-in clientele who often spill over from sister establishment, Enoteca La Storia, Donostia is already packing in regulars even if it’s only been open a couple of weeks.