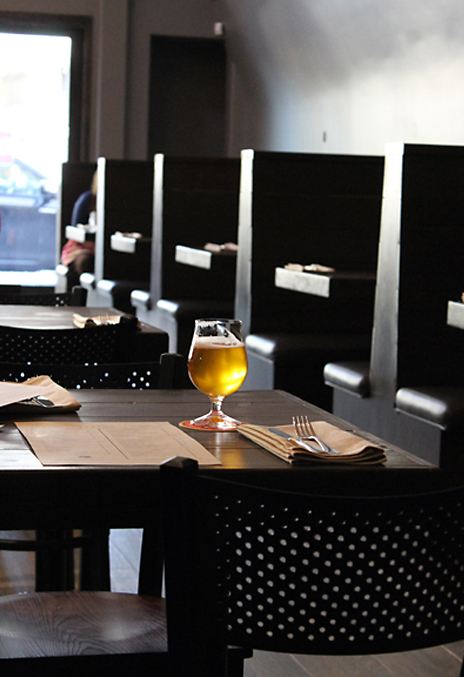 A temple to stir-frying has morphed into a bona fide beer garden in downtown Mountain View.

The former Golden Wok on Villa Street has been transformed into Steins Beer Garden & Restaurant, which opened late last month.

The large space has been broken up into several that includes a beer hall with flat screens, main dining room, two private dining rooms, a main beer garden with a glass two-way fireplace, and a private beer garden.

Owner Ted Kim has helped open Paris Baguette branches in the Bay Area. But Steins is the first restaurant Kim, a beer aficionado who even brews his own at home, has owned. Executive Chef Colby M. Reade has worked in the past at such landmark San Francisco restaurants as Square One and Hawthorne Lane.

Last month, I was invited in as a guest of the restaurant to a pre-opening dinner. Some of the dishes noted here may have been tweaked since then, as Reade said he was still fine-tuning a couple of them. 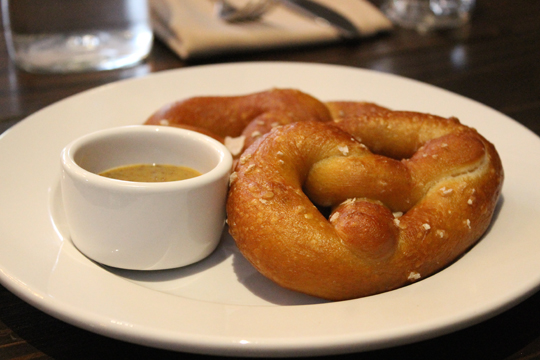 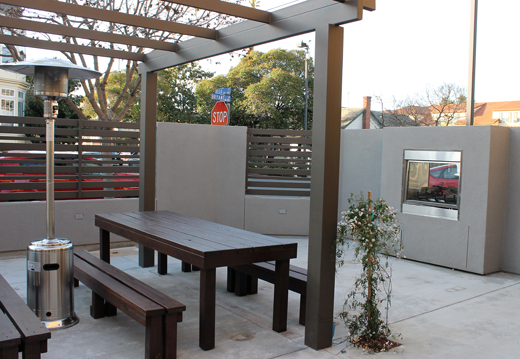 The beer list is extensive with offerings from around the world, including 30 on tap. A fun one to try is the Wells Banana Bread Beer ($7 per glass), which, yes, does smell and taste like a baked loaf of banana bread.