Are you making a list and counting it twice…

To figure out which cookie you should make and eat next?

Then, prepare to add this one to it.

“Toasted Sesame-Chocolate Chip-Cashew Cookies” is an unexpected mix of so many good things you love that you wonder why nobody thought to put them all together before.

It’s from the new “Betty Crocker Cookies: Irresistibly Easy Recipes for Any Occasion”

(Houghton Mifflin Harcourt), of which I received a review copy.

It comprises more than 150 cookie recipes. There are short-cut ones such as “Santa Heart-Shaped Cookies” that make use of Betty Crocker cookie mix. But if you’re more inclined to make your cookies entirely from scratch, there are plenty of those types of recipes, too, including boozy “Bourbon Old-Fashioned Cups” (that includes bourbon and Angostura bitters), “Sparkling Orange Ricotta Sandwich Cookies” that makes use of orange juice, orange zest and candied orange slices, and “Chocolate Coconut Cookie Tots” (that require no baking at all).

END_OF_DOCUMENT_TOKEN_TO_BE_REPLACED Does the world really need another chocolate chip cookie recipe?

You bet, if it’s by Nancy Silverton.

The renowned pastry chef can do no wrong. At least in my book. Over the years, I’ve made many of her recipes, and none have ever disappointed. She’s also the co-owner of my favorite pizza joint, Pizzeria Mozza in Los Angeles, as well as nearby sister restaurants Osteria Mozza and Chi Spacca.

“Chai Chocolate Chip Cookies” is from her newest cookbook, “Mozza At Home” (Alfred A. Knopf), of which I received a review copy. It was written with James Beard Award-winning journalist Carolynn Carreno. 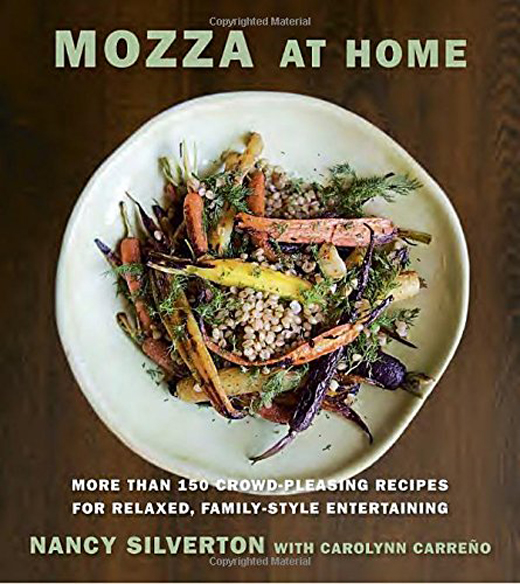 It’s a dirty little secret that most chefs don’t cook much at home. They just don’t have the time. Silverton was the same way for many years, until a trip to Italy reconnected her to the pleasures of cooking for friends, family, and even herself.

END_OF_DOCUMENT_TOKEN_TO_BE_REPLACED