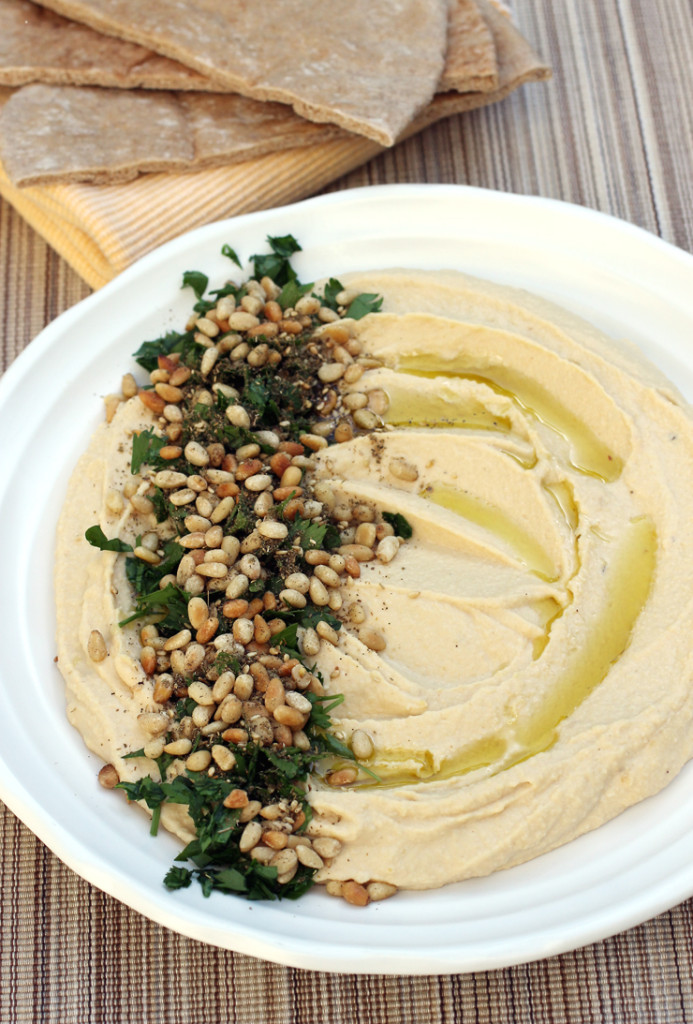 Miso makes this hummus something special.

There are few things I’m fanatical about.

Hummus happens to be one of them.

It all started when I tried the one at Oren’s Hummus Shop in Palo Alto. It took awhile, though, since the small cafe always has a line out the door, no matter what time of day or night. But it also has tubs of hummus to grab-and-go at a refrigerator case.

After one taste, I was hooked for life. And no other hummus would do.

That’s because Oren’s hummus is the smoothest, creamiest version ever. It’s like the creme brulee of hummus. And I can eat it by the spoonful — non-stop.

The Palo Alto shop, as well as the second one in downtown Mountain View, was opened by start-up investor Oren Dobronsky, who is so finicky about his hummus that he imports the garbanzo beans from Israel.

So, when I spied a recipe for “Hummus with White Miso,” I was intrigued, but dubious. Intrigued, because I wondered what the addition of miso would impart. And dubious, well, because how could it be better than the hummus at Oren’s? The recipe is from the new cookbook, “Seven Spoons” (Ten Speed Press), of which I received a review copy. It was written by Tara O’Brady, a celebrated food blogger in Canada.