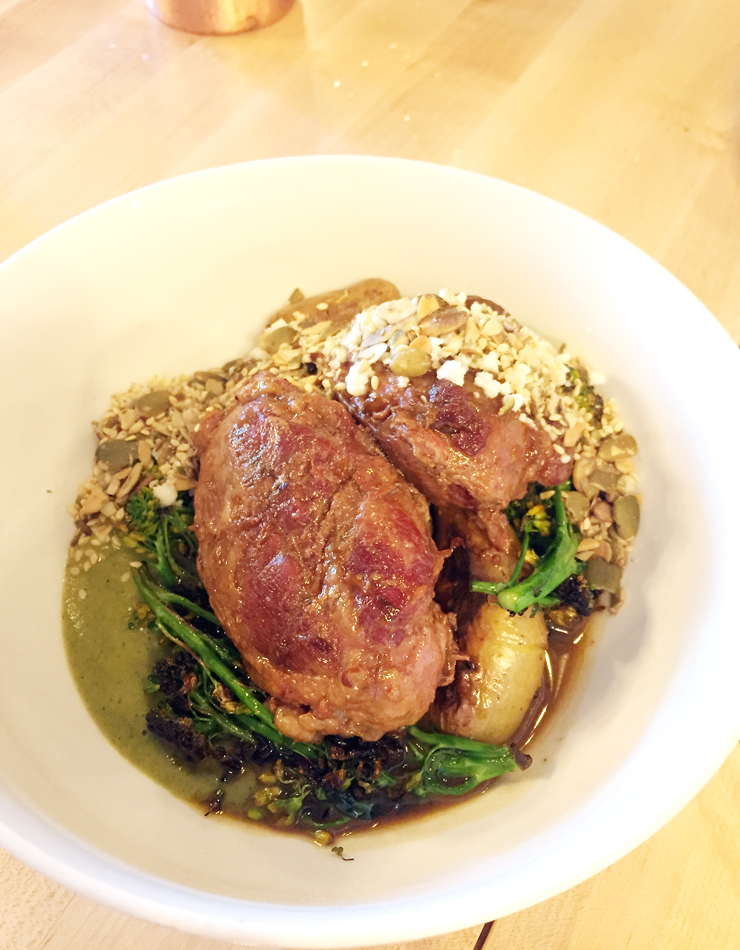 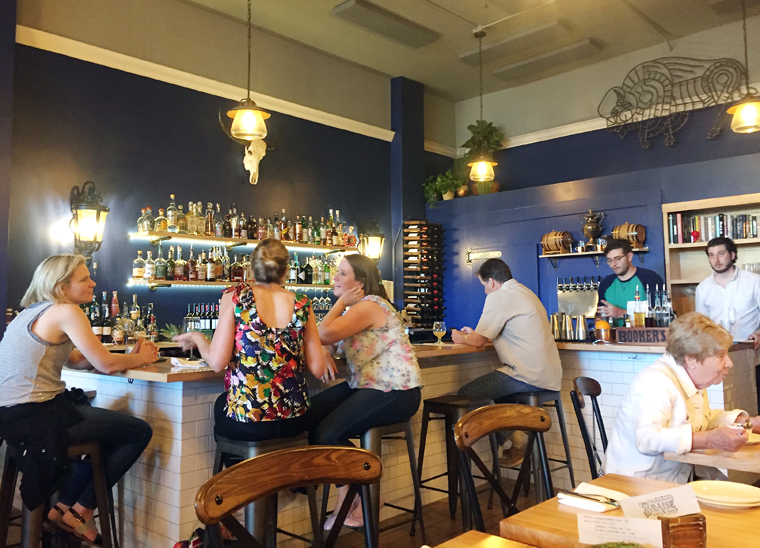 END_OF_DOCUMENT_TOKEN_TO_BE_REPLACED

Take a Seat at The Table — If You Can 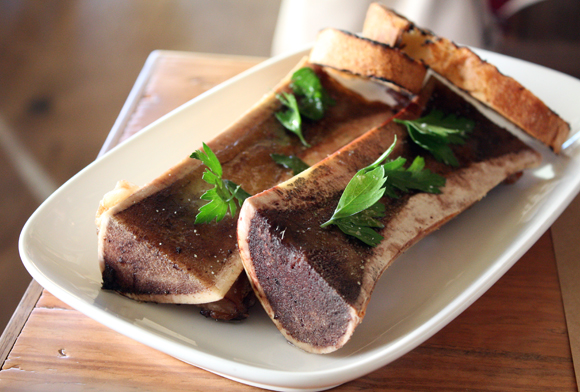 Chef de Cuisine Anthony Jimenez jokes that he and his crew have finally found the perfect late-night dining spot in San Jose.

They can’t hang out there — because they work there.

The Table, which just opened last month in San Jose’s Willow Glen neighborhood, is a rarity in the sleepy South Bay — a non-greasy-spoon of a restaurant that serves food sometimes as late as 10:30 p.m. on weekdays. Although the restaurant officially closes at 9 p.m. Monday through Thursday, and 11 p.m. Friday and Saturday, Jimenez says he keeps the kitchen going if enough people are still coming in later at night.

Another unusual aspect? They serve bone marrow. The caveman-like offal dish is de rigueur on many a San Francisco menu. But in the South Bay? Not so much.

The roasted bones, split to make it easier to scoop out the unctuous marrow to spread on grilled ciabbatta ($12), sells well, too, Jimenez says. 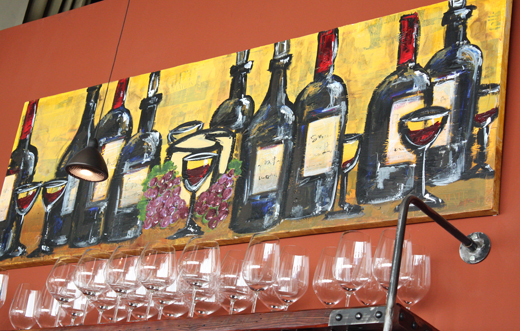 The Table is the newest restaurant by Executive Chef-Partner Jim Stump of the Los Gatos Brewing Company in San Jose and Los Gatos. The long-time South Bay chef says he’s always wanted to open an intimate neighborhood establishment that’s all about farm-to-table  because “it’s not just a concept, it’s life.”

Diners seem to be embracing it with open arms, too, as the restaurant has been busy since opening day.

Seats are not easy to come by, especially when there’s only 60 of them at simple, bare wood tables. I was lucky enough to snag one recently when I was invited in as a guest of the restaurant.

The walls are adorned with colorful murals of over-sized pears and wine bottles, hand-painted by Stump’s friend, a restaurateur in Denver. There’s also a chalkboard over the open kitchen that sports inspirational quotes.